I got the B. Creative Art Edition Vol.2 Eye Essentials Night Palette (V) for Christmas (phew, that's a gobful!!) and have finally got around to testing it and oooh, it's pretty! 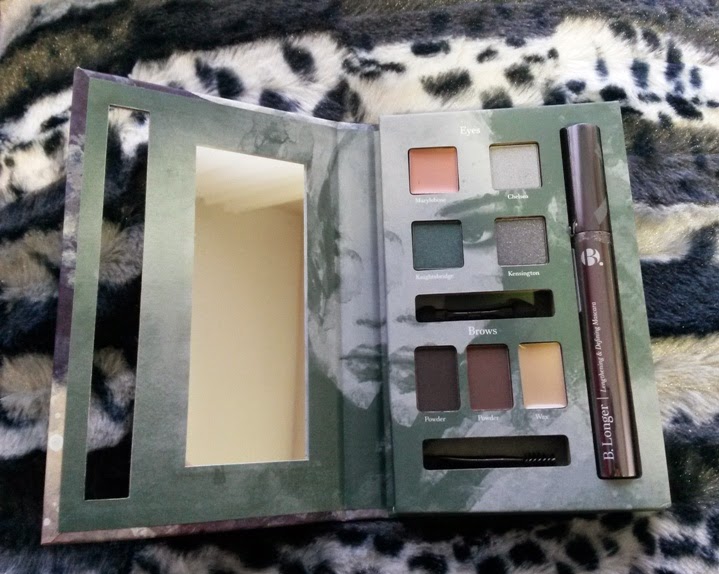 You get a cream eyeshadow and 3 powder shadows, 2 brow powders, a brow wax, a mascara and a couple of naff applicators.  If you want to see what I think of the mascara, check out my recent mascara smackdown post! :) 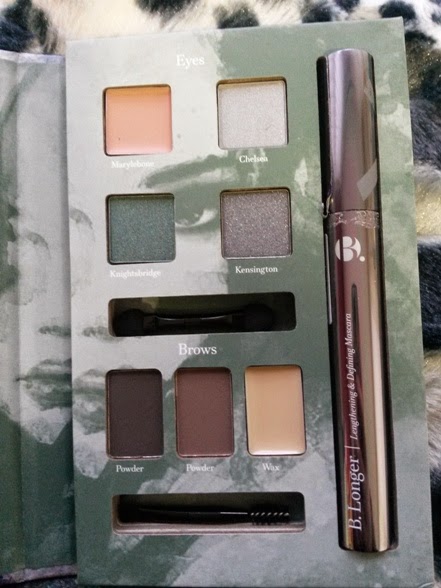 Marylebone is a soft shimmery peachy brow cream shadow, great as a base
Chelsea is a beautiful shimmery light silver
Kensington is a dark shimmery gunmetal grey
Knightsbridge is a gorgeous shimmery dark green 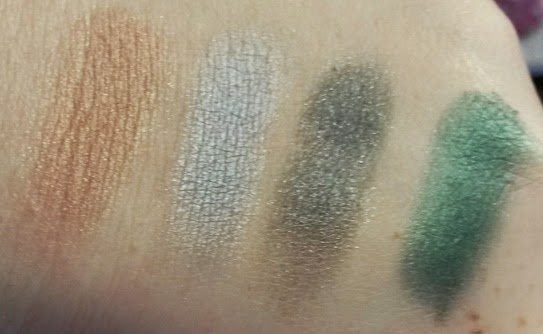 here is a quick, super simple look that I did with the palette using Marylebone on the lid as a base. Then I patted Chelsea over the top and used Kensington just to deepen the crease. Unfortunately my camera has washed it out big style. Ignore the mascara smudge on my lid - whoops! 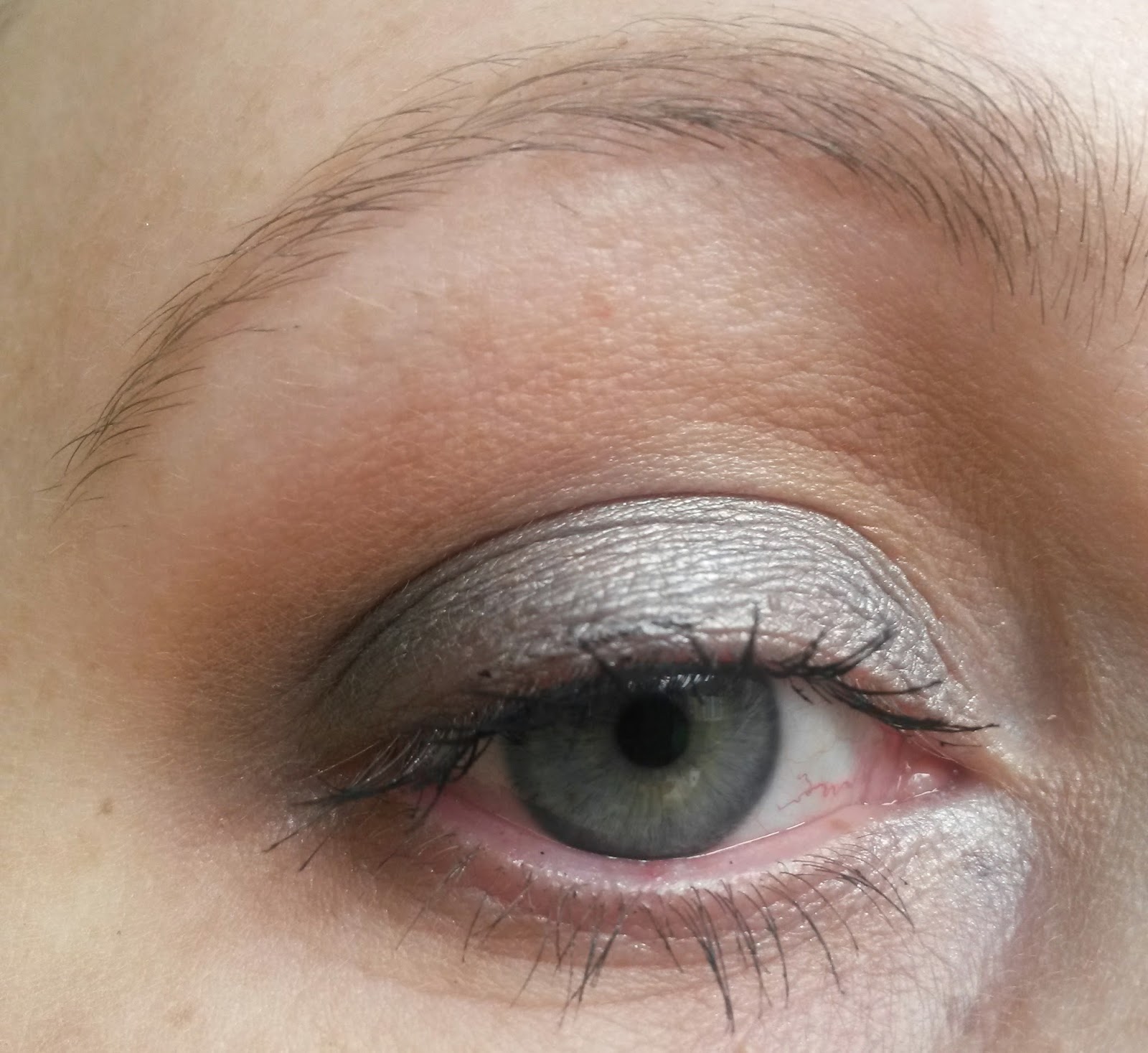 I think this is a fab little palette. I like the mascara, I tried out the lighter brow powder colour and it gives a nice natural finish and the wax tames the strays.  The eyeshadows are all gorgeous too.

This palette is on sale at the moment for £10 in Superdrug stores and online, it's usually £14.99.

So I've been in 2 minds about whether to write this post because I don't really like giving negative reviews. However, I do think it's important to be honest, so I've decided to go ahead.

A couple of weeks ago I ordered the sLilylolo mascara to try out for my mascara post and was excited to see that they have brought out some pressed eyeshadows too. I do really prefer pressed shadows to loose because they're easier to work with, but in the past I've bought, and liked a few of LL's mineral pigments.

So I had a look and the price is pretty good, they're £6.99 each, which is quite reasonable and you get 2g of product. Also, all but one (Peekaboo) are vegan. Yay! So I bought 6 to try, all matte (or 'demi matte') shades with the exception of Starry Eyed, which is a shimmer.

Here's the packaging, it's really lovely! 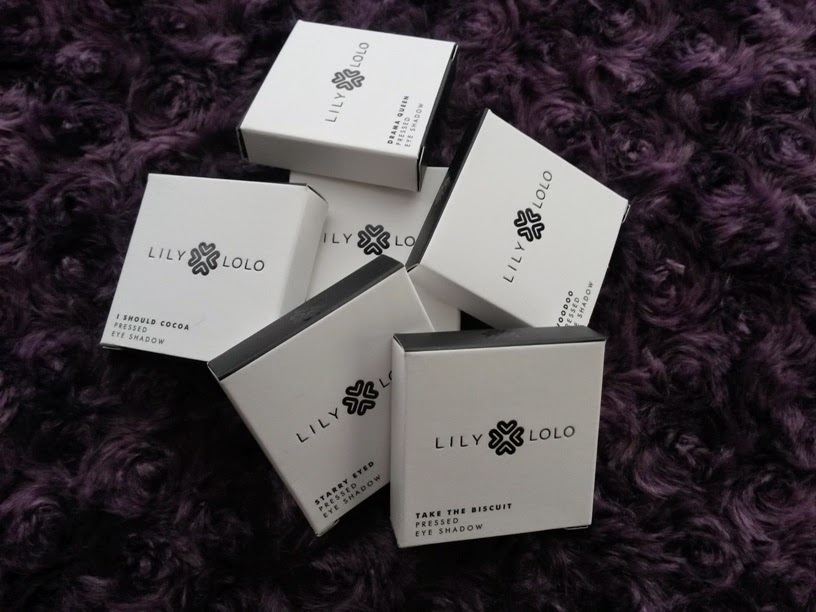 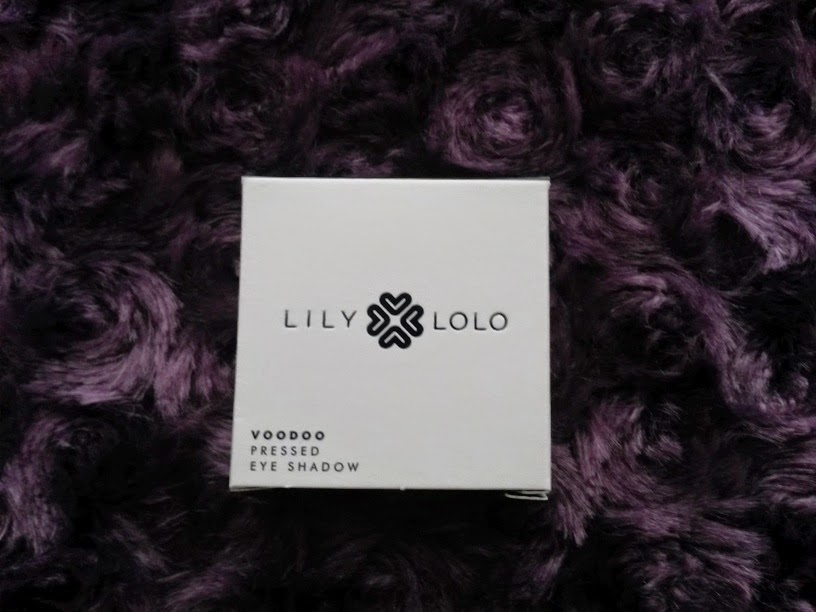 And inside the box, they are a lovely white pot with a black lid. They look really high end. 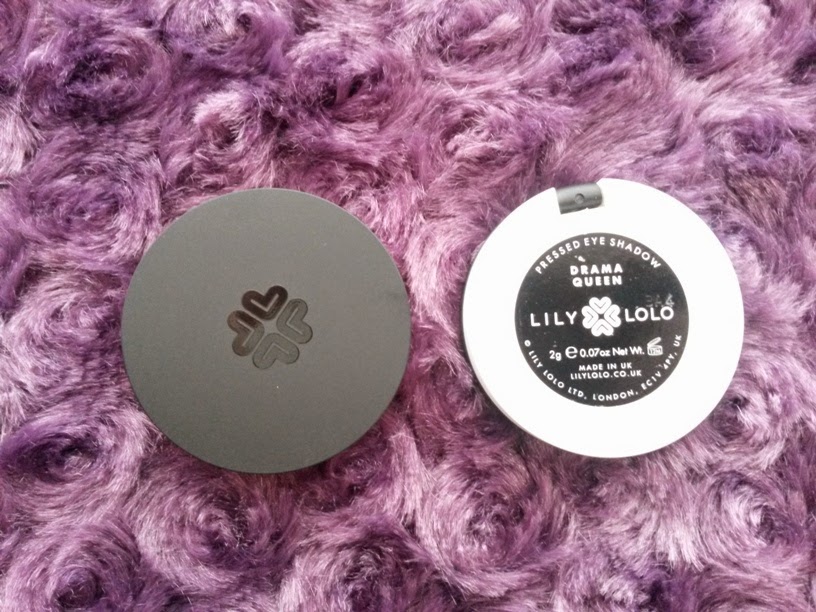 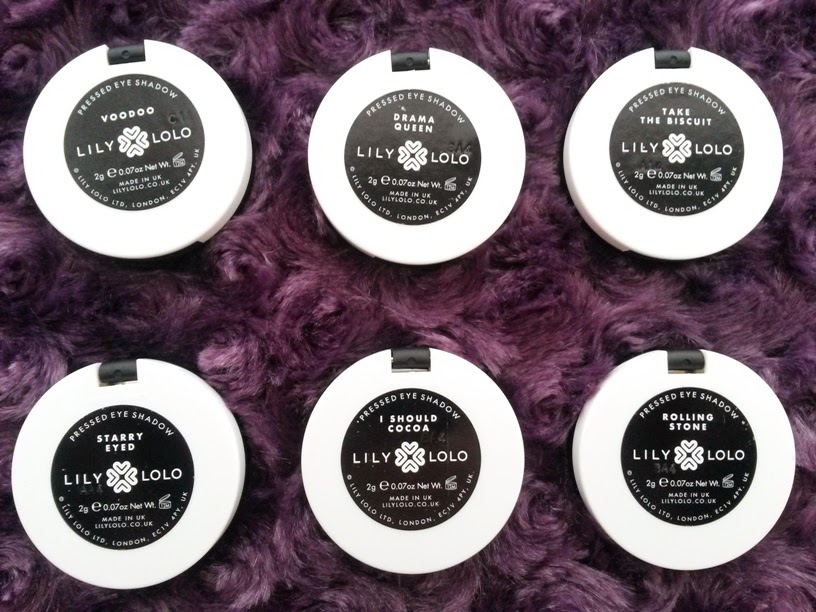 These are the shades I got. 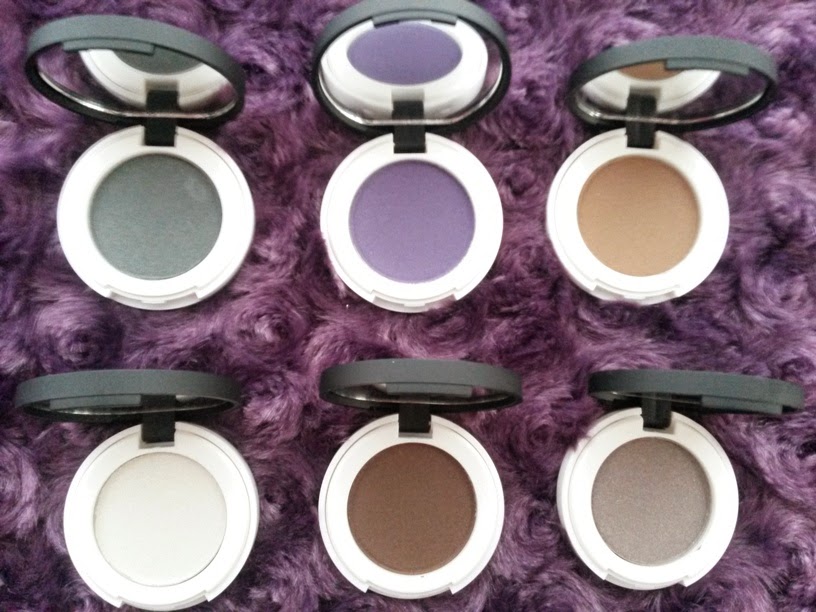 OK so here's where my excited ended abruptly; when I swatched them.  The pics below are pretty true to life and they don't look that bright right? Well that's 3 or 4 swipes of each colour just to get it to show up enough to get a picture! 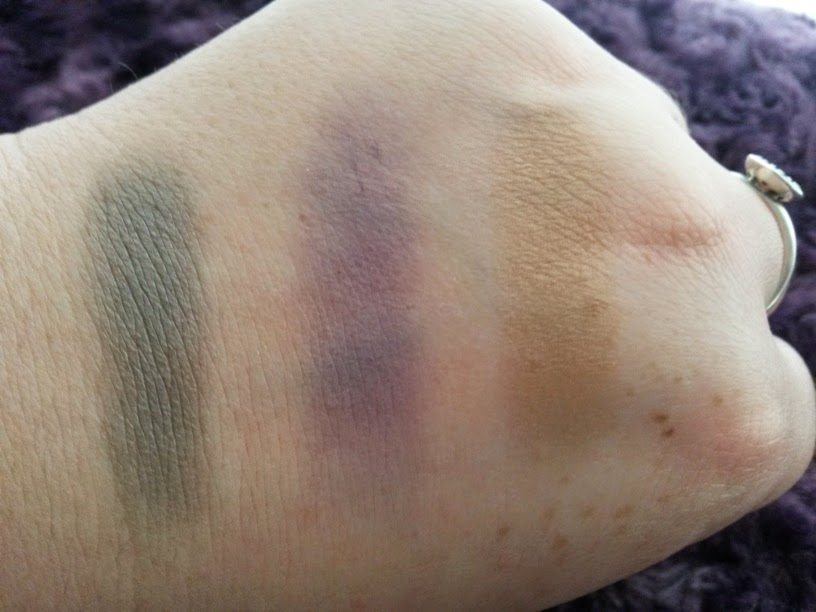 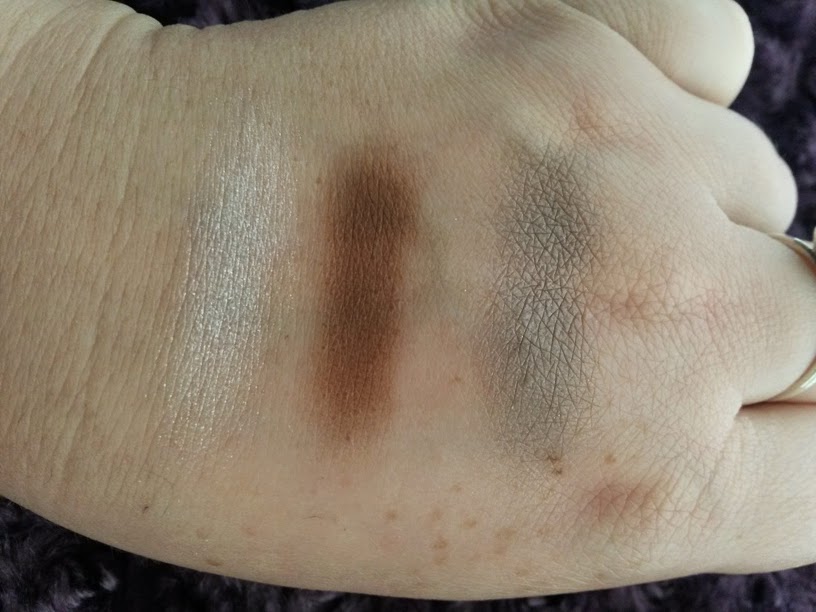 They are described on the website as 'highly pigmented'  pressed eyeshadow but they are really not I'm afraid. I could understand if I picked one dud but all 6?  The matte shades were the hardest to swatch. The shimmer was better but still not particularly pigmented.

But  I'm no quitter! And I'm certainly not going to give a bad review on something until I've given it a fair try. So I've tried them on my eyeballs a couple of times. With and without a primer. Straight over a primer was no good. So I though, ok, maybe I need to powder the primer to help them blend.  Did that, they still after 3 or 4 goes into the product with my brush, were barely showing up on my lids/crease and I ended up reaching for a Makeup Revolution palette instead.

Has anyone tried and liked these shadows?  I'm dying to know if I just haven't worked out how to get the best out of them yet, or if this is as good as they get?

THIS POST WAS ORIGINALLY POSTED ON LOVE-LIPSTICK.BLOGSPOT.COM
Posted by Sal - AlienOnToast at 13:09 5 comments: