HELLOOOOOOO! It's been ages hasn't it, I'm bad! Honestly I just haven't felt like blogging lately, a few crap things happened at the beginning of the month but I won't bore you with that because life is starting to look a bit better now. So managed to finally kick myself into blogging mode! Which means I got a lot a pics for you!

Starting with a dinner this week - roasted veg an polenta. I think this is my new favourite thing to do with veg - hit them with balsamic vinegar after they've roasted. Last night I made more and they were even better but I didn't take a pic. Last night I mixed courgettes, sweet potato, mushrooms, butternut squash, red peppers and red onions with a little bit of olive oil, some dried herbs and chopped garlic. Then roasted them at 180C/350F for about 45 mins. Once done, I poured over 2 tbsp of balsamic vinegar and a handful of chopped parsley and mixed. They were awesome! 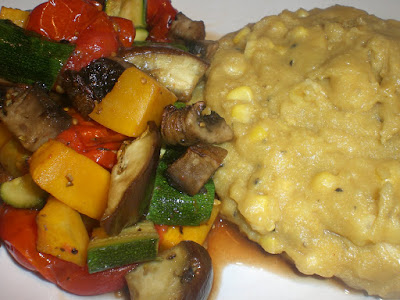 Cookies! I know I know, I've blogged these before, but they are so damn delicious. They are the rocky roads from Vegan Cookies.... These were a present for a friend's birthday. 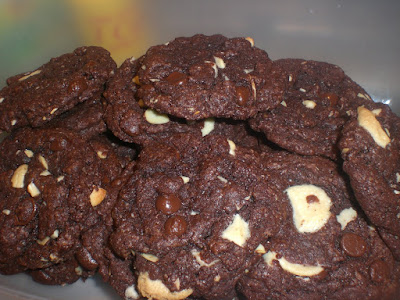 Pacakes!! Chocolate blueberry pancakes, they weren't great but they hit the spot with a good glug of golden syrup on (maple syrup is about £5 a bottle at the moment, so I had to cheap it!!) 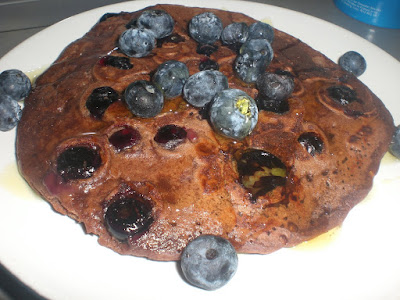 This was a cake I made my friends and I for dessert a few weekends ago, it had big chunks of raspberry and mango in and a sugary, crunchy coconut crumb topping. It was lovely and I'm going to work on the recipe a bit before I post it. 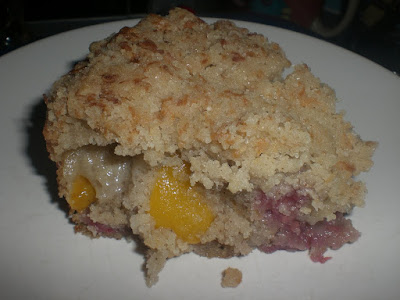 Dinner that day was pie! I made a simple pie crust from 1.5 cups of flour, 3 tbsp of vitalite and 3 tbsp of shortening, a bit of salt and then cold water until it came together. The filling was linda mccartney mince, mushrooms, peas, onions, a bit of red wine and some stock with some bisto powder added. Delish! I just did some plain new potatoes and sugar snaps to go with. It was such a nice day that we ate this on the balcony in the sun! Where oh where did that sun go?? 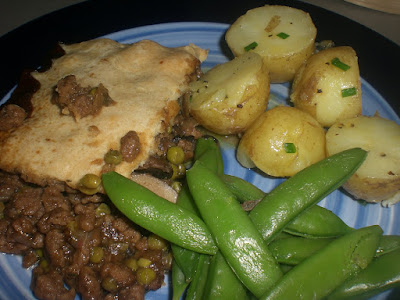 This was inspired by the news that my town is getting a wagamamas soon! YAY! I had a go at making something like one of their soups that i love - the name of it escapes me. But it has fried mushrooms, tofu, pak choi, beansprouts (which I didn't have) and other veg in a lovely broth with noodles. Mine wasn't as good as theirs but it was pretty freakin delicious. 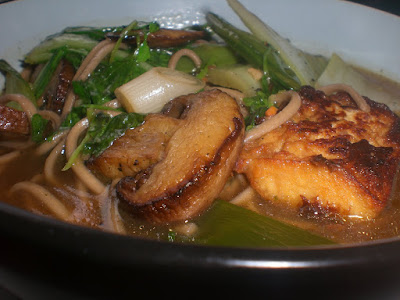 Last month I went to the Sonisphere festival and we had quite a lot of tent-side barbecues. Most of the food was not really blog-worthy but there was a veggie food stand that did the best burgers ever..... In the words of Samuel L Jackson in Pulp Fiction "MMMM HMMM, that's a tasty burger!" Here's some muffins I made. This pic is so old, I can't even remember what flavour they were, but I have a sneaking suspicion they had spices and walnuts in. 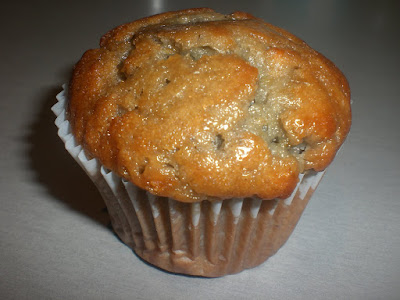 Man, this pic is OLD! I made a lasagne, using Linda Mc mince and lovely white sauce. I topped it with a bit of nooch. The dough balls were awesome, I was winging it but I really wish I'd written down the recipe!! Next time I will I promise. 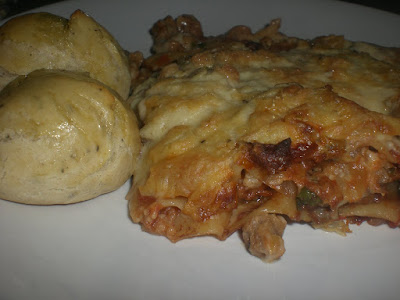 Close of the dough balls after baking and brushing with melted vitalite. 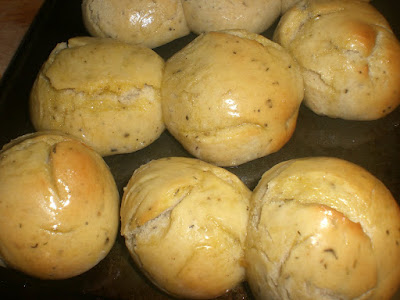 I tried making the crash hot potatoes that were all the rage on blogs a while ago. They were good but.... 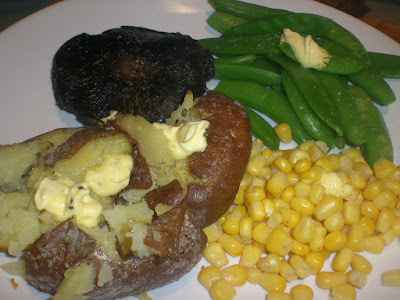 I dropped them getting them out the oven and lost a couple! :-( 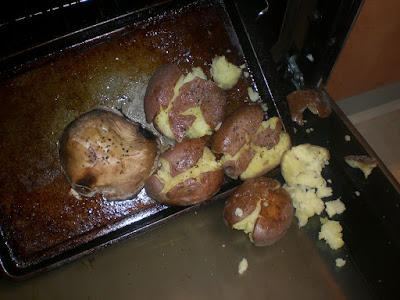 And here is pics from a PPK meet up back in early July - look at all that food, it was awesome. There were sausage rolls, calzones, pasta salads, falafels, cheezly straws, cupcakes, cookies ..... and a baby! We didn't eat him though - he was too cute! 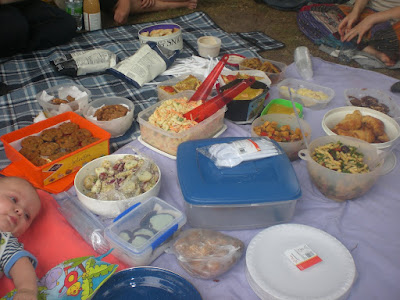 My contribution was the east coast coffee cake from vegan brunch - the jam swirl variation. I also made carrot falafels again, but didn't take a pic. They are in my last post though if you want to see them. 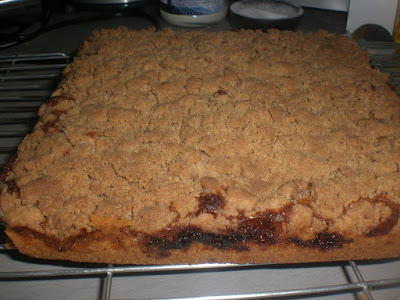