Hello - I've been neglecting this poor blog. I'm going to try and get back into a routine of posting again though, so I don't keep leaving it so long.

Well since the last post, my birthday came and went rather unspectacularly and we've had some gorgeous weather. That's about it. hahaha.

I did have a month's worth of food pix but rather than bombard you with crap, I just picked out the stuff I liked.

Starting with this pasta bake. I made the vegan yum yum sauce (but without the basil cuz I didn't have any, so I used dried thyme and rosemary instead) and mixed it with wholewheat penne. Then topped it with cheezly mozz, breadcrumbs and nooch and then baked it for 20 mins until the cheezly melted. Good stuff! 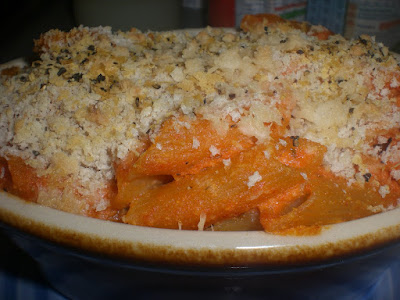 This was a salad I made last week, with red, yellow and orange cherry tomatoes, cucumber, sun dried tomatoes, cucumber, carrots and a simple oil & vinegar dressing. The tempeh, I boiled for 10 mins then marinated in lime juice, soy sauce and hot sauce then baked it in the marinade, under foil for 20 mins. Then flipped it, took off the foil and baked another 10 mins. It was really tangy and yummy. 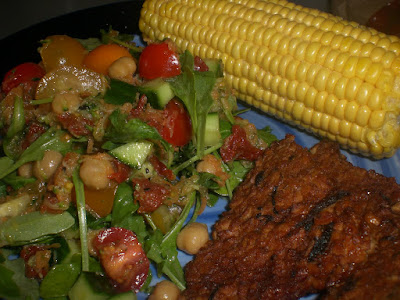 Mini muffins.... I am dieting so I thought if I made them small, theyd be less calories. Which they are but then I eat 2!! hahaha. Ah well, the thought is there. 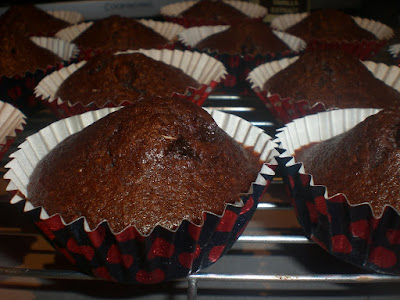 This was a riff on something that Giada De Laurentiis made on everyday Italian. I cooked a cup of orzo pasta then sauteed some spring onions and a couple of chopped up plum tomatoes, then added a cup of peas and about half a cup of alpro soya cream (the fresh one). I also put in some nooch and some thyme if I remember rightly and added some pasta water to make a bit more sauce. When you first mix in the sauce it's quite erm, well saucy! But as it sits the pasta soaks up all the sauce and so it makes really yummy cold leftovers. 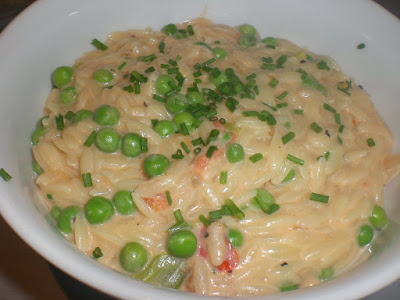 This was dinner for me and my friends a coupleof weeks ago and also, the first thing I made from Viva Vegan. That book is awesome and this was the Guatita (creamy peanut / potato stew). SO FREAKING DELICIOUS!! I made a salsa to go with it with sweetcorn, black beans, avocado, cucumber and cherry tomatoes and served it all with some brown basmati rice.

It makes a lot - about 6 servings worth. My friends and I ate about 4 servings between us by the time we finished off what was in the serving bowl and then I had loads of leftovers :-) 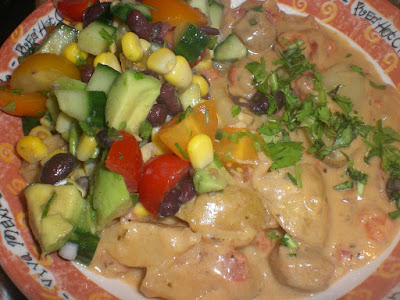 For pudding, I made us cupcakes. It was my friend's birthday so that's why one had a candle in. 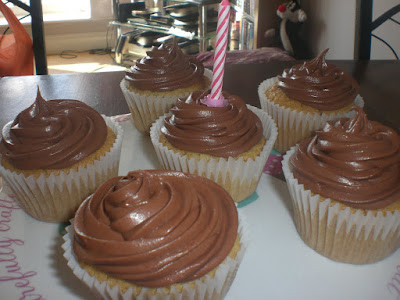 Speaking of birthdays, mine was at the beginning of the month. I decided the theme for my cake this year would be a hot mess! hahaha - I think I pulled it off with the aid of a shit tonne of sprinkles and jelly tots: 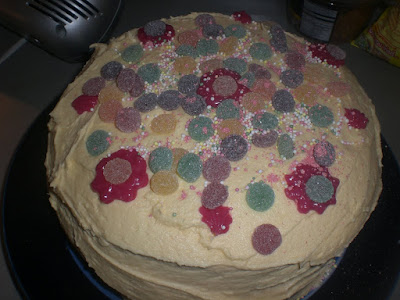 Even the inside was a mess! I coloured portions of the cake with food colouring: 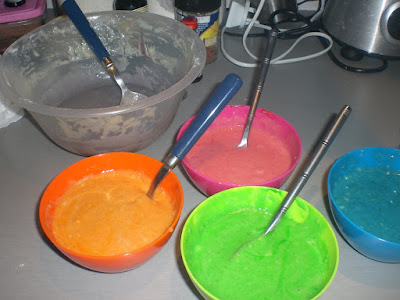 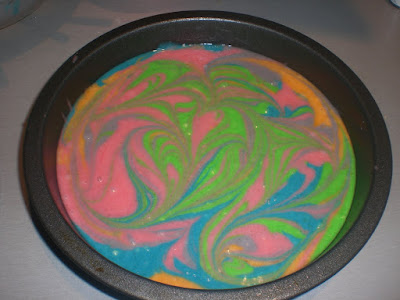 The only colours that came through well though were the blue and the green. Next time I know I'll have to put in way more. You could see the orange a bit, but it wasn't much darker than regular cake colour! And you can see a bit of the pink but the purple kind of disappeared. Ah well, it was still a hot mess and it could have sent even the biggest sugar love into a sugar coma if they'd eaten enough! 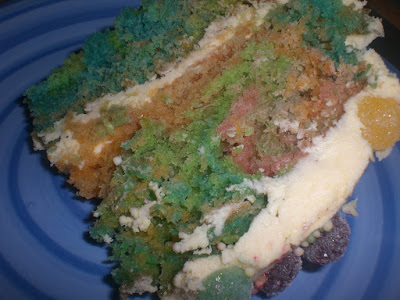 Onto a random dinner - mushroom parm! Something else I saw Giada make (I think). I made a quick tomato sauce with some cherry tomatoes that weregoing a bit soft in the fridge. I grilled some mushrooms and then topped them with the sauce and a topping made of breadcrumbs, nooch and cheezly mozz mixed together. Under the grill they went for 5 mins u ntil the cheese melted and I served them with a rocket salad dressed with a tahini and lemon dressing. DELISH. 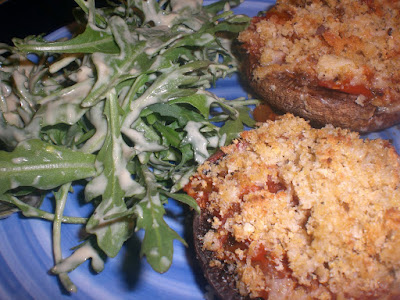 That's about it for now. Have a great week in the sunshine everyone.