Did everyone have a good Christmas??
I know I know, I'm over a week late, but here is the pictures of my christmas food and a few things since then.
I make a yule log every year and here was this years (VCTOTW basic chocolate recipe and store bought frosting - I was lazy!!) It fell apart a bit when I rolled it, so I just covered it with a tonne more icing. 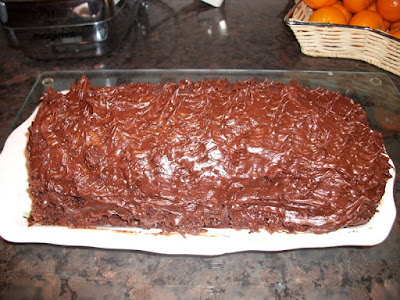 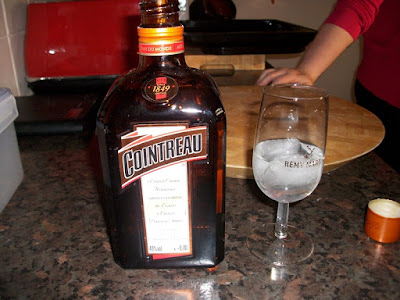 My Christmas dinner. I took the pic before I slathered it with gravy.  This was a Redwoods celebration roast (fake turkey and pigs in blankets).  It was pretty gross﻿ and I wouldn't buy it again.  To be honest though, I'd have been happy with just the veg, sage & onion paxo stuffing and gravy, which is what I will probably have next year, if I'm too lazy to make something seitan based.  My Mum makes the best roast potatoes ever. Ever. 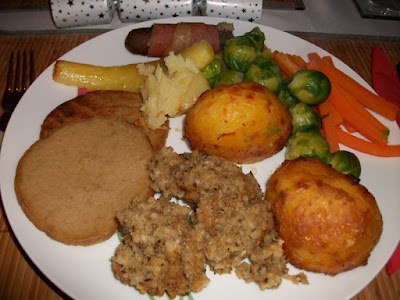 Christmas cake!  I never write down the recipe or follow one for that matter, I just wing it and if I'm lucky it turns out good.  This year was a good-un.  The decorations on top were not vegan (egg-white), so I picked them off my bit.﻿  I just decorated it with a layer of marzipan then a layer of ready-made fondant icing, as cake decorating is not really my best talent, as you can see! 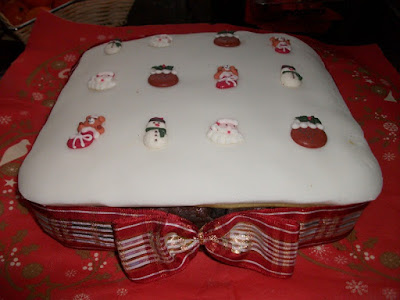 ﻿Dinner on boxing day was a puff pastry concoction I made.  It was mushrooms and onions sauteed and then I made a white sauce and added some cooked potatoes to it, then just wrapped it in puff pastry and baked.  It was pretty good for something I didn't put much thought into. 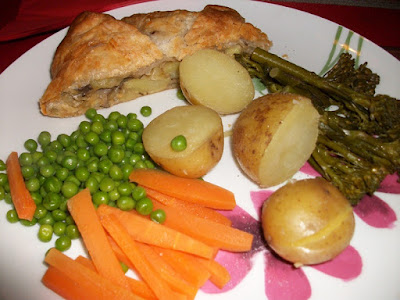 The next day I fancied soup, so I used some of the leftover veggies from boxing day... 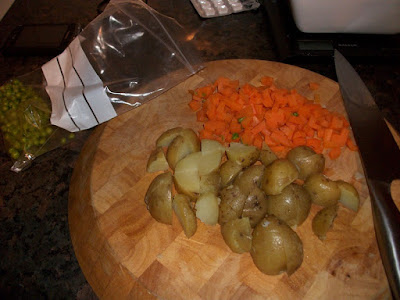 I added the veg to veggie stock, a bit of tomato puree, some sauteed onion and garlic, lentils, a chopped up Wheaty Hemp Spacebar and some smoked paprika.  It was yummy and kept me in lunches up until I went back to work.﻿ 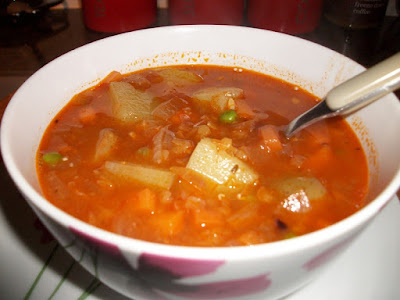 OK jumping forward a bit, this was dinner for my 3 besties, who came over on Saturday night.  I made the coconut lemon bundt cake from Veganomicon.  I ordered a bundt tin from amazon, but it didn't arrive in time, so I made it in a regular tin and it burnt a wee bit. Sadface!  However, it was still really really good!  I can't wait to try it again in the right tin, if the sucka ever arrives.  I used lite coconut milk in this. 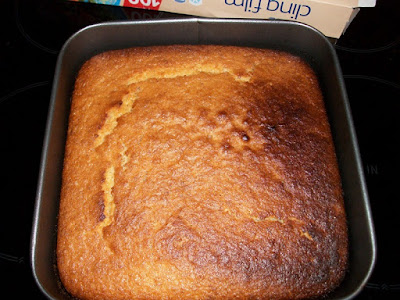 It was a Veganomicon kinda night, because I decided I do not cook from that book enough, and it's awesome.  So I made the saffron garlic rice (although I only used 2 cloves of garlic, as my friends are not as into it as me). 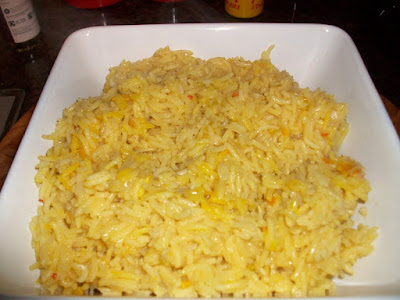 And the Chickpeas Romesco.  I LOVED this.  I think the only change I would make next time is to maybe use ground almonds, as my food processor didn't get them as fine as I think they need to be.  Aside from that it was delicious. 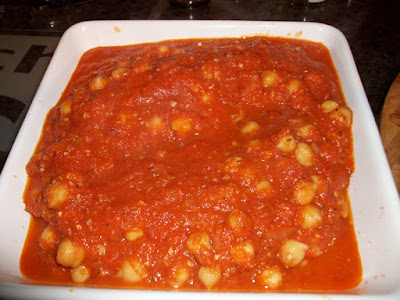 The side dishes were just some blanched green beans that I then sauteed with shallots and some baked tofu.  I made the marinade up as I went along, so I can't remember exactly what was in it, but from memory I think I added some wine, sherry vinegar, agave, paprika and vegan worcester sauce.  I burnt it a bit (theme of the night??) but it was still not bad and all got eaten! 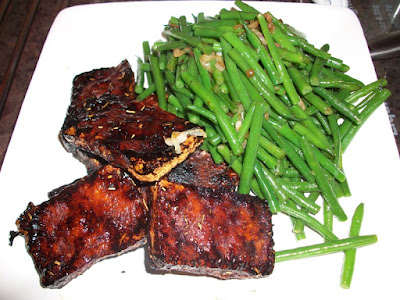 And this was yesterday's lunch.  A quesadilla I made with cheezly white cheddar and jarred salsa.  Easy and quick (and yummy!).  My dad said I shouldn't post it as it was burnt (recurring theme...) but I think it was just well done! :-) 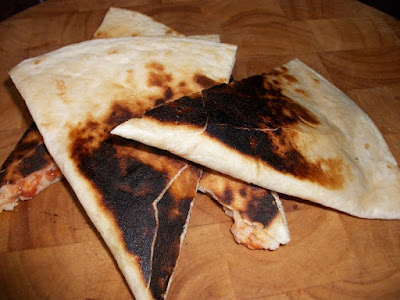 Hope you all had a fab break and if like me you celebrated an anniversary of being vegan on 1st January - Happy Veganniversary!! Mine was 4 years! :0)