So in the not too distant past, I met a fella, a lovely one that I am pretty smitten with. Well, the other weekend it was his birthday. He already had long-standing plans to visit Heston Blumethal's gastro pub, the Hinds Head.  I was a bit worried because fancy chefs like Heston are not generally known for their vegan friendliness. But after several emails between the fella and the staff, they said it would all be ok.

Now I know if you are a long time reader of this blog, you don't come here for the arty, well-shot food photos but I should warn you, these kind of suck. The lighting was shite!


For the starter, they veganised the pea & ham soup for me. I love peas, this was pretty good, if not that inventive. 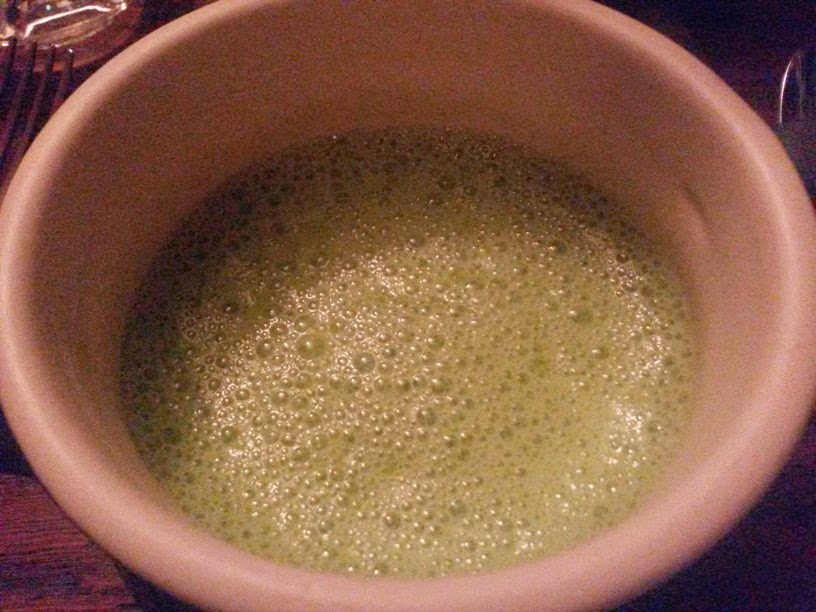 The main: they were babbling on about salads that could be made vegan (le sigh!) but thankfully my lovely man had emails from the staff saying they would do me a veggie hotpot.  This is what came out and I was concerned because it just looked like a salad to me, with some cooked veg underneath.

Essentially, that's what it was. But it was really tasty, there was some veggie puree at the bottom, that you can't see and all together, it made for a very nice meal. 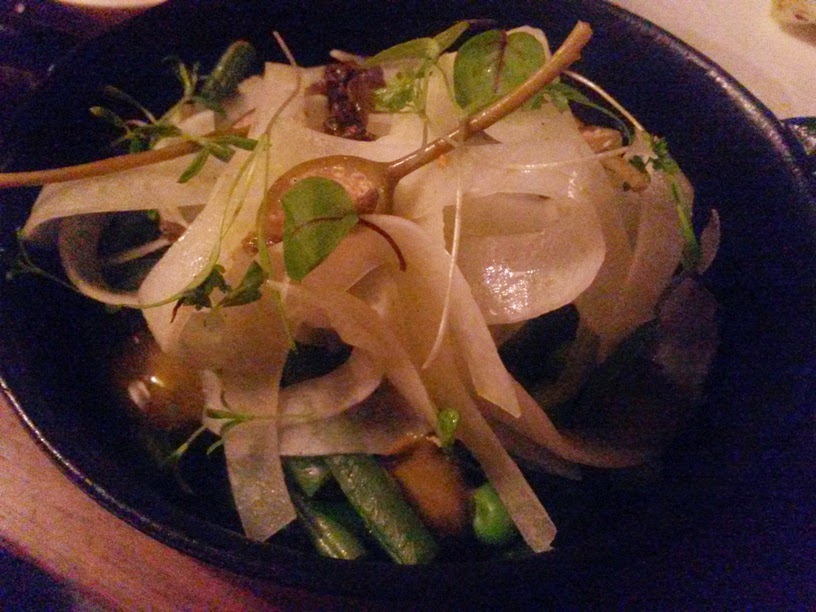 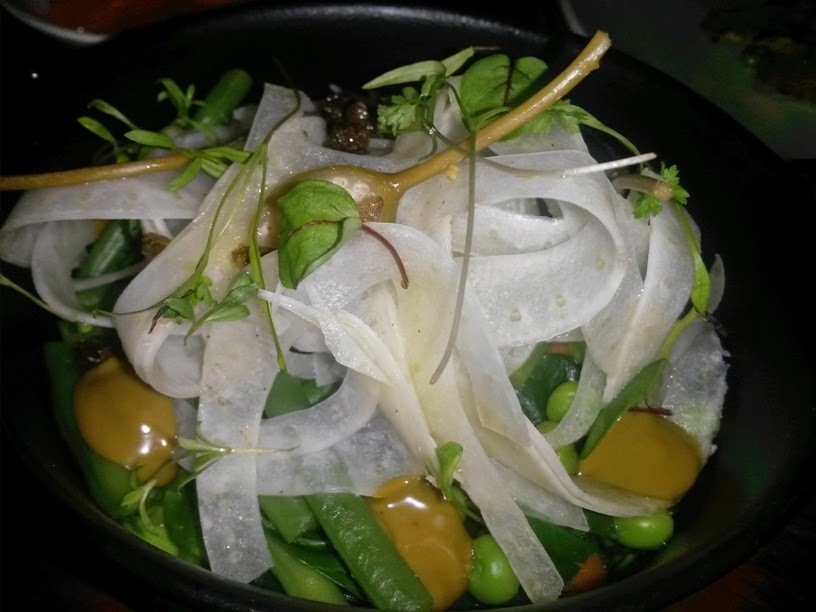 But yeah, tasty as it was, it was SMALL!  So I'm glad we ordered some of Heston's famous triple cooked chips to 'share'*.  These were AWESOME!  (*he is learning that when he orders things for us to share, he gets short measures! SAL DOESN'T SHARE FOOD! haha) 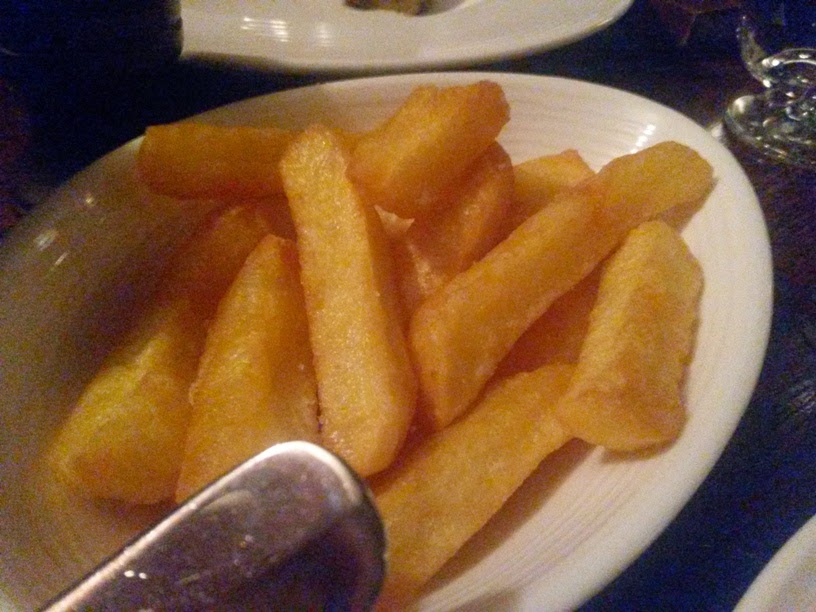 In summary, if you're not vegan and you are a foodie, it's worth a visit to this place, even if it is pretty expensive.  If you're vegan, I'd say, only go if you're tagging along with said non-vegan foodies because although it was good (and the staff were super nice and knowledgable), it's not really inventive enough vegan food for what you'll pay for it.  Oh and make sure you warn them in advance!

Bonus shot, some cupcakes I made for the birthday boy! Chocolate, with orange icing and awesome edible lego star wars cupcake toppers that I found on amazon! 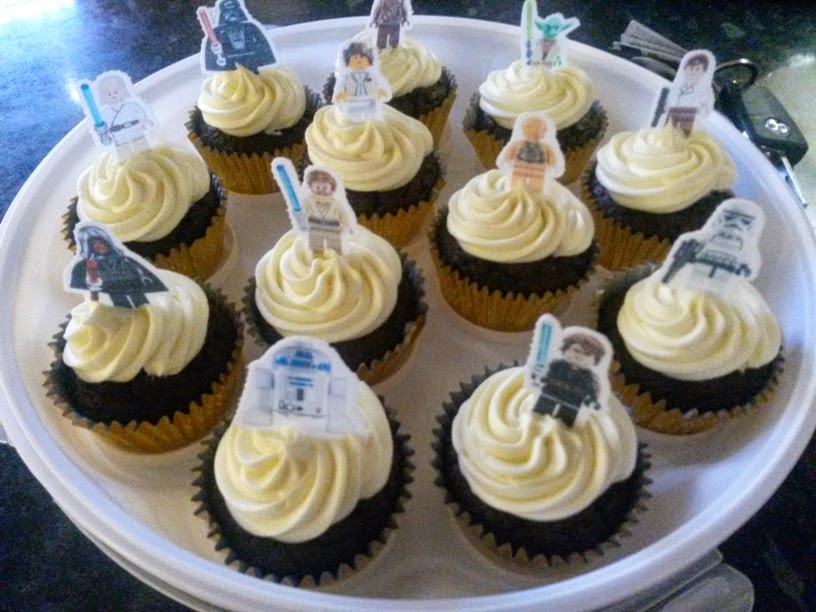