I heard a rumour there was a vegan-friendly cafe, not all that far from where I live. You could easily miss this place! It's a 10 minute drive from the town centre, it's next to a pub in the middle of a housing estate. It's not much to look at from the outside.

On this inside though it's super cute and they have a vegan specials board and vegan cake!!

The menus on each table are standard cafe fayre; cooked breakfasts, sandwiches, jacket potatoes... But they also have a specials board and a vegan specials board with loads of options on!

The staff were very friendly and told us that in addition to the vegan specials, some of the regular items could also be made vegan and just to ask for more info. 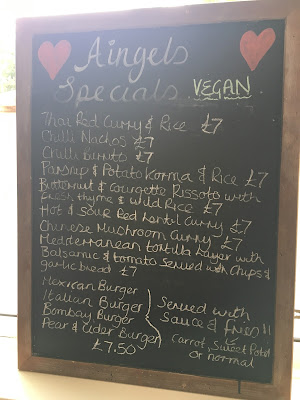 I eat a lot of curries and Mexican inspired food on a day to day basis, so I went for the Italian burger and I was not disappointed. 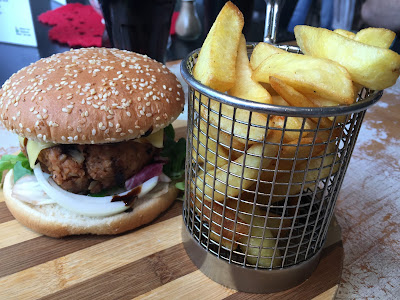 It was a soy (I think) based patty, which seemed like it was probably home made. It had quite a crumbly texture (if that's the right word) which I liked a lot. The Italian part was a balsamic glaze, tomato and basil. This burger was so good and the chips were excellent too. 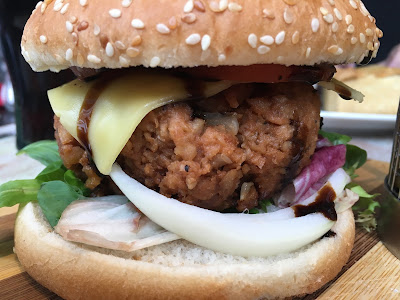 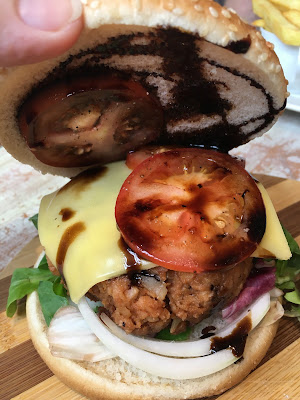 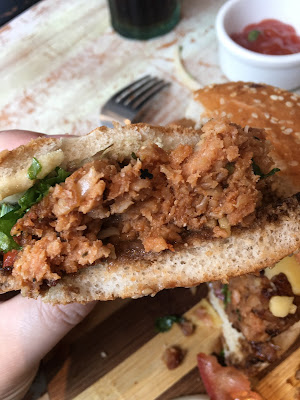 As we were taking away cake, we both got a milkshake instead of dessert; I got a soy vanilla shake with oreos in. Simon isn't vegan and he dreamed up an odd concoction of fererro rocher and turkish delight (??I know right?!) which he said was pretty good. 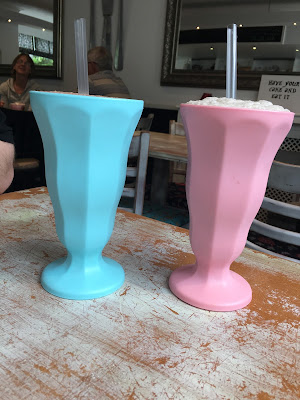 We also took some cakes to go; a couple of the lemon crumble cupcakes (icing was nice, cake was a wee bit dry but still tasty) and one of the chocolate brownies. The brownie was for a very non-vegan friend of ours and she said it was 'gorgeous!'. We asked which cakes were vegan and it seemed they all were except for the ones with mini marshmallows on.


yeah, I managed to smush it a bit in transit! 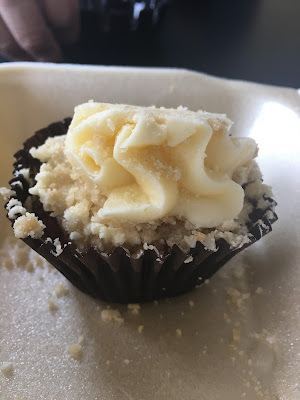 So if you're anywhere near Basingstoke, I would definitely recommend checking this place out.