So Sunday was day 28 of my 4 week cleansey diety thing. It's now over and I’m happy everyone – HAPPY!!! WHY? Because it’s over you’re thinking, right right?? No! it’s because I weighed in as I said I would and I lost 9 pounds. WOOP!! I lost 2 inches off my waist and one off my hips.

I’ve still got a fair way to go but eating healthier and keeping up with the gym has definitely made me feel better about myself.

I alread avoid refined sugar where I can but I won’t stay gluten-free, as it doesn’t seem to make a whole lot of difference to the way I feel. When it comes to wheat, I'll use it still but only occasionally (like today!). I usually use spelt flour for baking now anyway as I like the fact you can still get fluffy cakes / muffins etc even if you use the wholemeal version.

My favourite change I made is cutting out my usual toast & vegemite for breakfast and having juice and a smoothie instead. I find this holds me over way better. I'll probably also stick to having salads for lunch most days, unless I have leftovers!

But back onto the food and my last couple of days of G-free etc.... I made soup on Sunday night. It was minestrone with gluten free pasta in it. I can't honestly say it was all that great, but the roasted asparagus and hummus I had with it was pretty damn good! 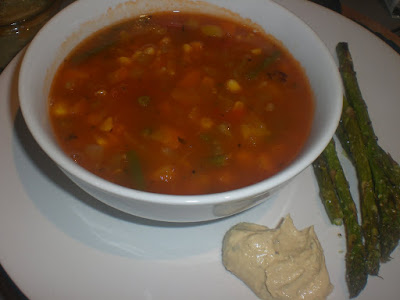 Friday night and I looked forward to this all day at work. Pizza!! I bought some Dove's Farm Gluten Free bread flour to make the crust (I've just seen on their website they do a brown bread flour, I've never seen that in shops but would definitely buy it if I did). I used 1.5 cups, added a sachet of instant yeast, some herbs, onion powder and salt & pepper, then added about 1.25 cups of warm water mixed with a tsp each of agave and olive oil. It was a pretty sticky dough, I added enough flour to be able to pick it up. But instead of trying to roll it and pick it up, I rolled it straight onto the pizza stone.

Instead of tomato sauce, I used red pepper hummus and topped it with fresh tomato, sweetcorn, spring onion, mushrooms & asparagus. Then sprinkled it with oregano, black pepper and nooch! It was really good. I wouldn't say it was the greatest crust ever but still .... good. 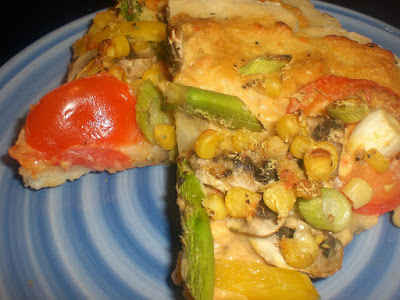 Saturday night I went to visit my friend in Banbury but between the gym and travelling I only really had time to cook something quick for lunch. I made baked polenta fries! They were sooooo good, but a bit too soft. I'm working on them so recipe coming soon. 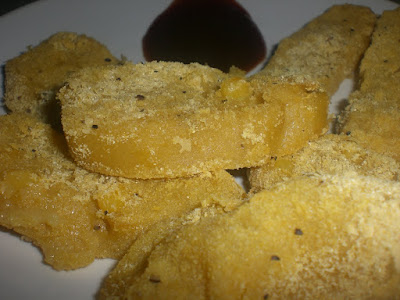 Today I had a wheat-ified meal. Wholewheat noodles and a lazy spin on my Alien on Pasta. I used coriander pesto (didn't have any basil) and half a tin of tomatoes instead of fresh. I also added in a pinch of red chilli flakes for a bit of heat. The other changes I made was leaving out the yellow pepper, tomato puree and nooch (I put some in the pesto and sprinkled some on top as well instead) and used a finely sliced onion instead of the shallot. Good!! 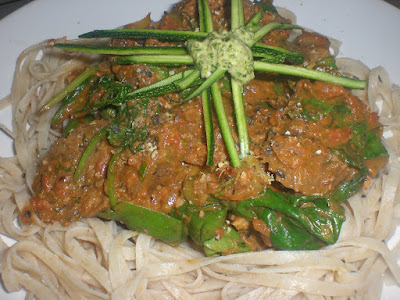 I tried to get a decent pic of my smoothie this morning because it was so damn ugleh! But pretty damn tasty - banana, soymilk, agave, allspice, peanut butter and hemp protein powder. Protein powder makes everything ugly! 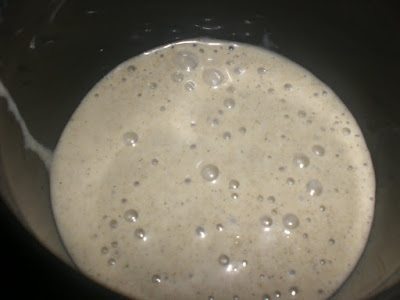