Now that this blog will be more of an all-rounder, I thought I'd do a current favourites post and include in beauty, food and random stuff!

Barry M Blush Sticks
I saw these a while back in Superdrug and immediately checked the website to see if they're vegan and it said they were not; but after scanning the ingredients to see why I couldn't see any reason they weren't. So I emailed Barry M and they assured me they are vegan, it was an error on their website (they've had a few of those lately, hmmm! I've just checked again and it now says they're vegan YAY). 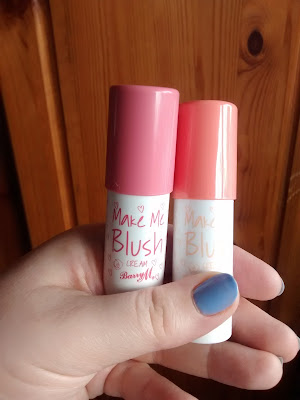 Anyway for a pretty cheap cream blush, these are nice.  They're not hugely pigmented but are strong enough for a nice flush.  Here's a swatch straight up and blended out next to it (my camera washes it out too much for me to take a cheek pic!): 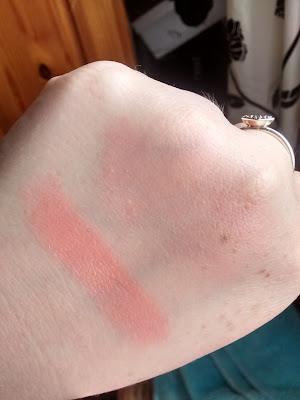 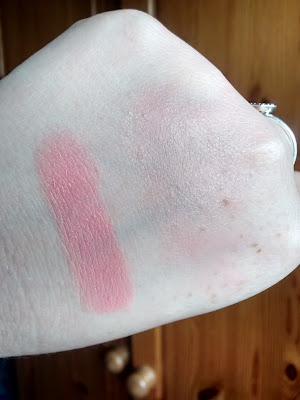 Dates & Almond Butter
Ok this is probably a stupid favourite and everyone will be like, Oh Sal, you're so last year! (Last decade?) But yeah, dates and almond butter, they're my new fave snack. I've been watching a lot of Deliciously Ella vids on youtube, in an attempt to eat a bit healthier and she's always banging on about dates being amazing. So I thought I'd try out her snack suggestion and I'm sold!

I was always someone who rolled my eyes at raw desserts and things made of dates (don't worry, I'm never gonna be one of those people who grinds up dates and calls it caramel!) but that's because I'd only ever had dry yucky dates that kind of just get stuck in your teeth and are basically a bit unpleasant. Ummm but medjool dates - they're a revelation. Sweet and toffee like.  Add a bit of almond butter to them and they are sooo delicious. I sound like a crazy person, so I'll stop but yeah, try it!

TV Show - Last Week Tonight with John Oliver
Does anyone else watch this? Mr A got me into it and I really like it! John Oliver is funny and also teaches me stuff - win! I get so angry watching it at the stupid shit that goes on in this world and then I start laughing because John Oliver is funny.  I also pretty much agree with most of the stuff he says. Funny and not a jackass! YAY!

Spotify Playlist: Breakfastlicious
If you have spotify, do a search for this one. Spotify recommended this for me; it's like they know me! Craig David, Destiny's Child, Lauren Hill, Brandy... it's got the Thong Song on it!!  I listen to it on the way to work haha

Coconut Chips!
I got these in Costco at the weekend and they are so good. I have to stop myself from shovelling in handfuls at a time. I mainly have them on my morning porridge! I've been trying to cut out refined sugar and processed food as much as possible and these are sweetened with maple syrup. 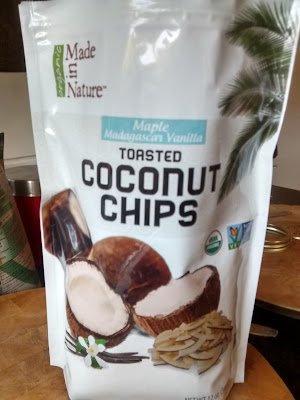 My phone case
I got a new phone, which I don't love but it's not bad for a temporary phone until I can upgrade. I was quite sad to have to give up my awesome chuck norris cat riding a unicorn phone case that I used to have, so I decided to find myself a silly one. This was the only unicorn one I could find that was daft enough, I'm diggin it though. :) 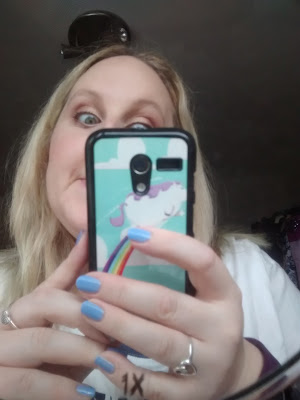 ... the one song I am singing (by choice) this week is Shine by Years and Years. I love this song. That is all.

Lastly a beauty one...

Eyeko Magic Brow Boost
I... LOVE this stuff. I bought it because they were doing an offer where you got a free mini brow gel, even though I already have the brow gel... yeah I dunno what I was thinking either. But this stuff is so awesome.

I have pretty sparse and very light brows and you just brush this stuff on and it fills in any little patches. It has fibres in it that cling to the hairs that are there. It's as easy to apply as powder.  I was a little confused when I first saw it, as it's a doe-foot applicator, like a lip gloss) and I couldn't find any youtube videos of people using it! So I just had a go and it's actually really easy to apply.  I just use the pointyish end to get the shape right, the flat bit to fill in gaps and then brush through with a spoolie to take off any excess where I've applied too much. Then finish with brow gel.

If I was a youtuber, I'd make you a video but not sure I'm ready for that yet!  So anyway I'd definitely recommend this to anyone, especially for those with sparse brows!


Crap pic, but this is my brow with it on. 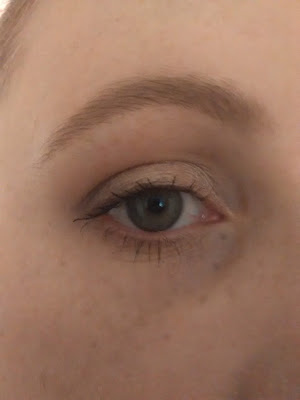 That's all for now, what are you loving this month?