This weekend just gone was the first Southampton vegan festival and my husband and I (yep, we got married! More on that another time though!) got in the car, drove the hour or so to get there to check it out.

It was worth the trip, we ate some really good food and always spent way to much moolah on stuff to take home. Here's what we got...

We started with some Greek food from Greek Vegan Deli Specialities; having just come back from our honeymoon in Crete, we had to! And we were not disappointed. We both got a pitta (which was amazing!) filled with tofu halloumi, falafel, salad and a bunch of dips including vegan taramasalata! avocado, some sort of sweetcorn relish and what I think was beetroot hummus.


It was so good, I mean look at it! (I love that they gave us a fork too, as it was a messy sucker!) 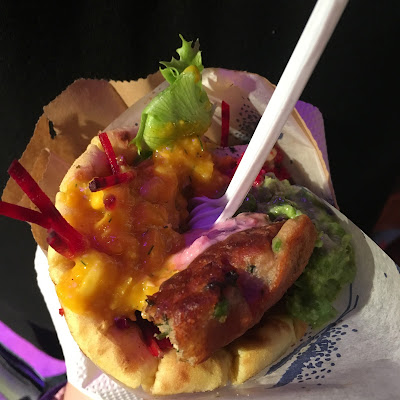 I also grabbed some of their baklava to take home, which Simon and I ate for lunch the next morning. 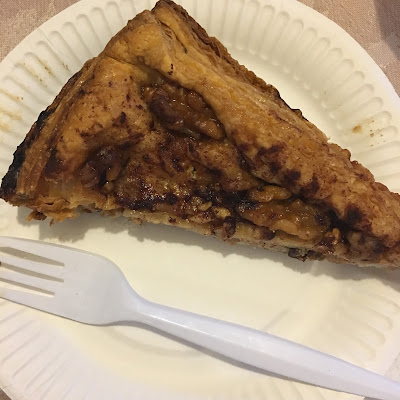 After we ate, we decided to have a leisurely wander around and this is what we bought:

We got a couple of pieces of cake from Vegan Sweet Tooth, London to share. We went for the pistachio, pomegranate and rose cake. The frosting tasted like straight up soya yogurt to me, which I wasn't a fan of at first but actually it worked well with the cake. The cake was really tasty and I liked the rose flavour. 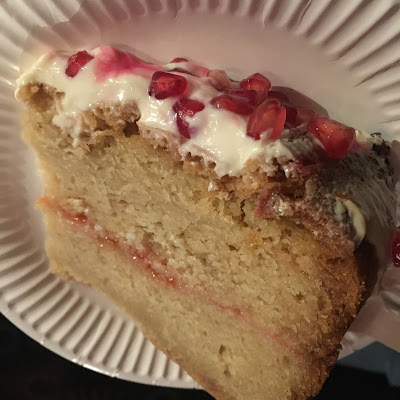 We also bought a piece of the nutella brownie which I wasn't a huge fan of, it just tasted healthy, if you know what I mean! haha. It was good but I'd have preferred it to be sweeter. 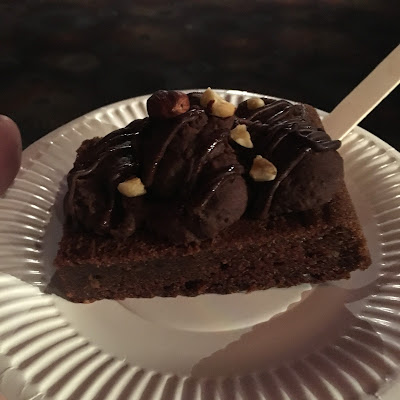 Then we found the VeggiJelli stand which interested Simon, as he has requested a trifle for his upcoming birthday! We got 4 packs to take with us. 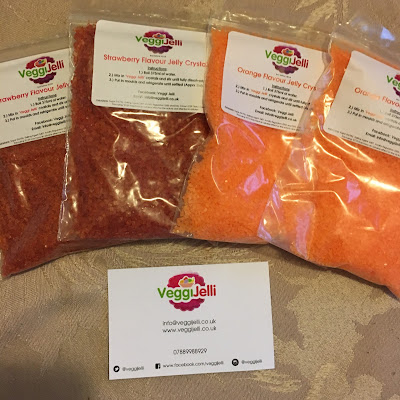 And some ready made to eat then and there. It was pretty good and they told us it works well for trifle as the fruit won't stop it setting. The more important question I forgot to ask was will vodka stop it setting (like the sachets of veggie jelly crystals you can buy in holland and barrett!!)?? I'll let you know! 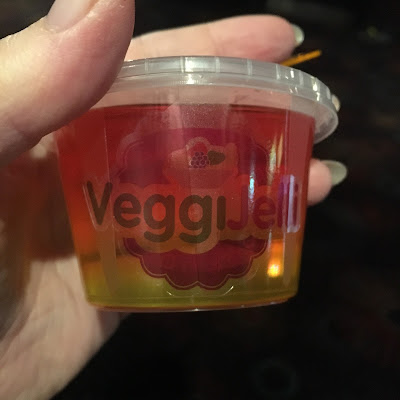 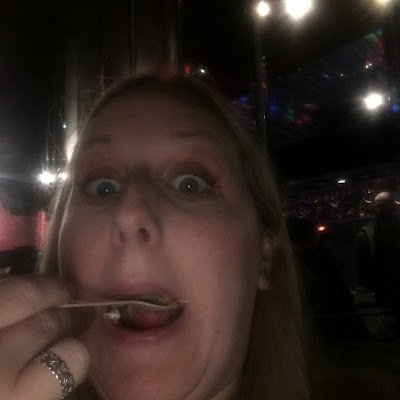 Then we went to the Eden stand so I could get a new bottle of their J'adore copy! I ended up buying that and their copy of Flower Bomb. Plus two for Simon! I've been trying to find a copy of his Mont Blanc aftershave for ages and after a chat with the lovely owner, he advised me that one of their Abercrombie copies is actually exactly the same. And it is pretty spot on!! So yay. We also picked up their copy of Jean-Paul Gaultier's classic for men. 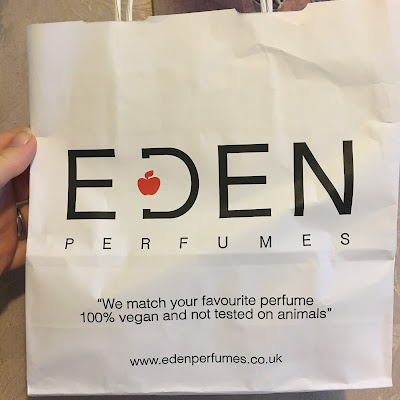 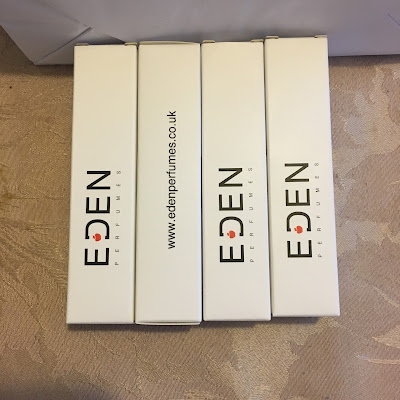 I spotted a stand called LoveSeitan and as I do, I had to give it a go! I bought a half loaf of the original seitan, but they had a curry version, a smokey and a couple of others. 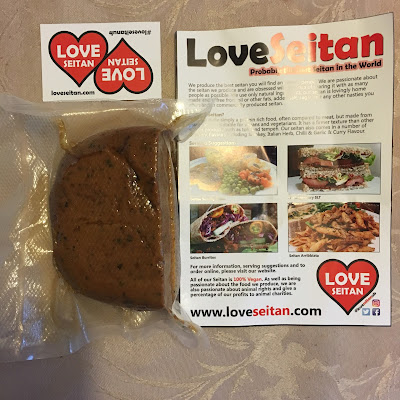 Then one of my favourite things, was some fudge from Slab! I got two bars of the Tiger Butter (chocolate and peanut butter), a cookies and cream and a salted caramel. Honestly I thought the tiger butter would be my favourite and it is really really really good, but the salted caramel was my favourite! SO good, I will definitely be ordering some more of their vegan bars from their website. 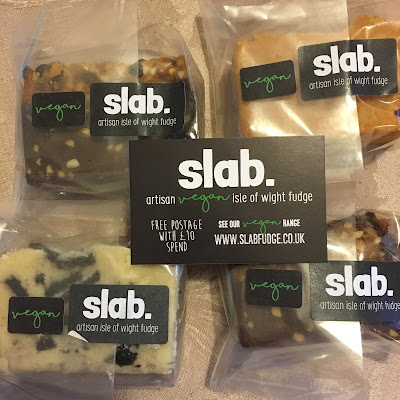 We also of course had to pay a visit to Hannah Banana's stand, as she made our amazing wedding cakes last month and we are big fans! We grabbed a couple of cupcakes, not picture, for a friend of ours working on the Sea Shepherd stand, as she missed out on our wedding cake and we also grabbed a slice of the Speculoos cake and some jaffa cakes. We did have a jaffa cake cake at our wedding, but all the jaffa cakes were eaten before I got a chance to have one, so I was really pleased that Simon spotted these - and they were yummy!! 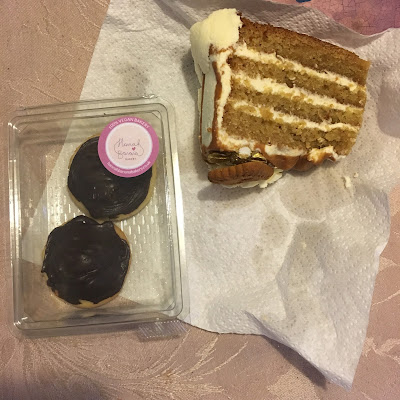 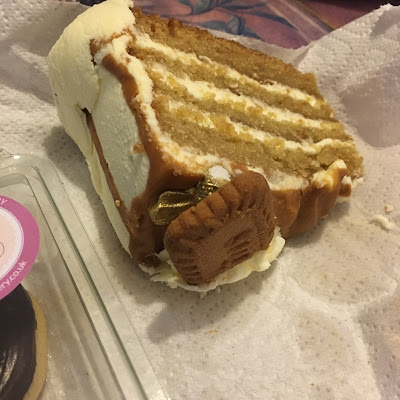 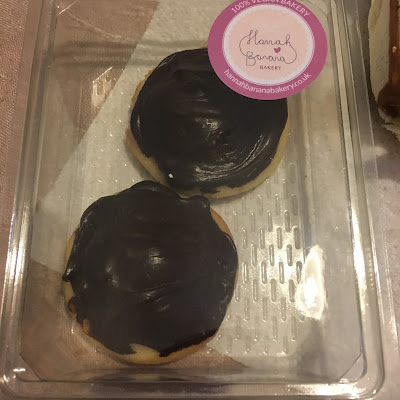 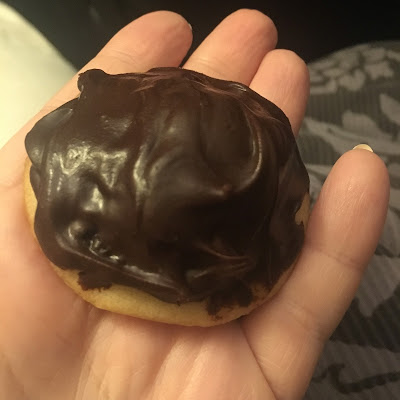 Lastly, we managed to snag the last Drunken Mushroom Pie from the Mr Nice Pie stand; Simon and I ate this last night and it was really good! 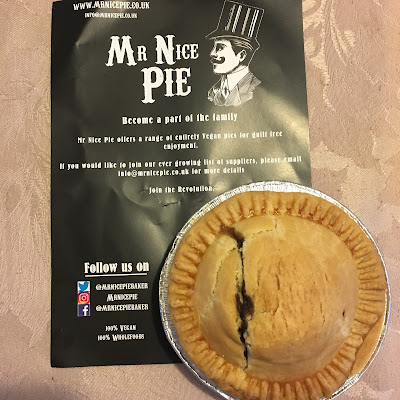 Then before we snuck off, we grabbed a burger to share from Got No Beef (which also had a FroYo section too, but I forgot to get some). Lighting was crap so my pics are not so great, but hopefully you get the idea. This was a tasty burger! We got cheeseburgers, with the mild cheese and all the toppings :) 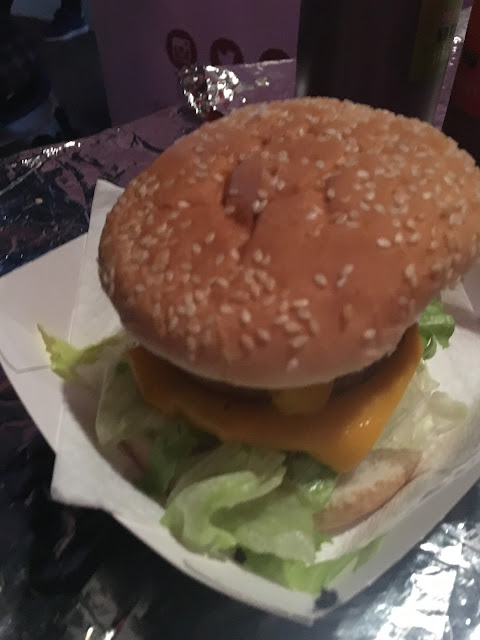 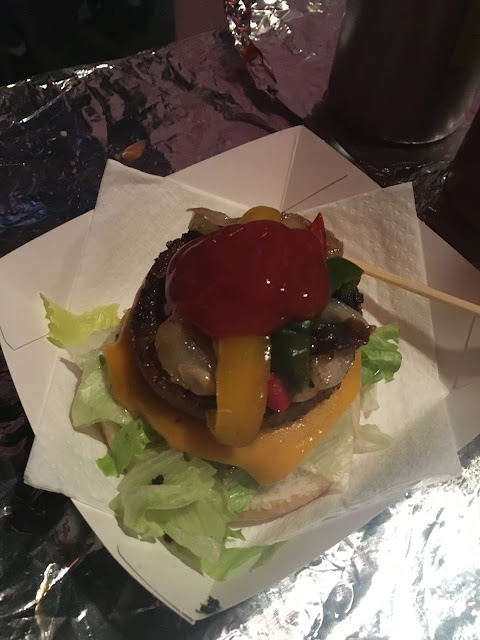 The lighting really was shite! 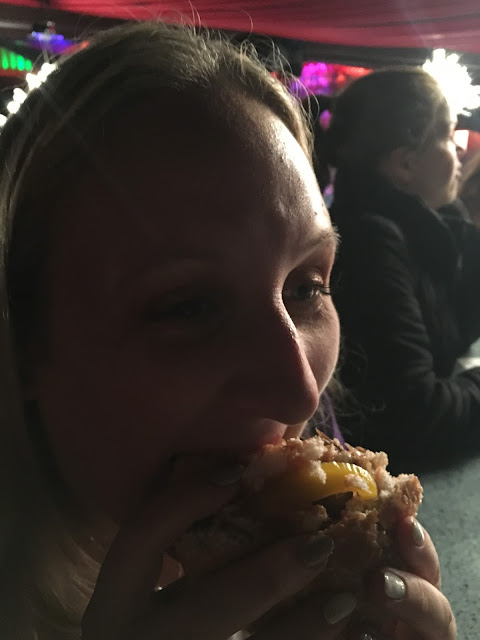 So all in all it was really good and worth the trip!

I believe the venue will be different next year, which is probably a good thing. There were definitely a few issues, it was in a nightclub so lighting was low, hence my even shitter photos than ususal and although apparently the venue said the parking was free beforehand, they changed their minds on the day - not the fault of the organisers though and I don't remember it being particularly expensive to park!

Did anyone go? What did you think?