Wicked Kitchen at Tesco - A review

Firstly - I'm giving away the Soph x Makeup Revolution palette in my latest youtube vid - go HERE if you want to enter while you still have time :) (It is international!)

....So with it being January/Veganuary, LOADS of new vegan items have been hitting the shelves of the supermarkets lately. I'm all for that and was super excited when Tesco launched a fully vegan range of ready meals.

The range, from Wicked Kitchen, has sandwiches, wraps, salad bowls, pizzas and ready meals and here is what I've tried so far: 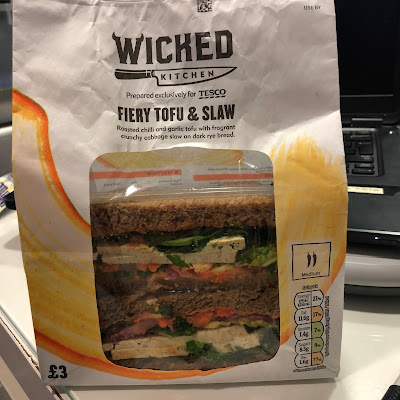 They're not lying when they say fiery, this sammie is WARM! But I like the spice so I enjoyed it. It could do with a bit of seasoning but you'll see that's a common theme among the reviews in this post! (I haz a salt tooth!)

I really enjoyed this and would purchase again! 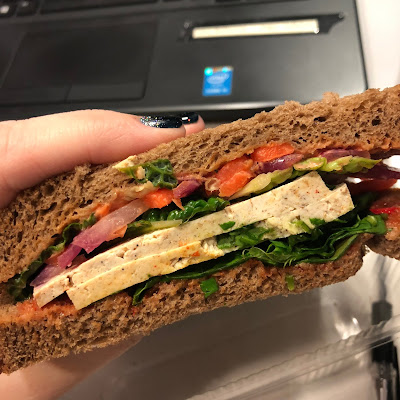 Veggie Pasta & Amazeballs - £4
First of all, not amazeballs I'm afraid. I thought this was nice but nothing special. Nothing I couldn't make myself cheaper, less calories and tastier. So I probably won't buy this again. It needed salt (all these meals need salt!)

Pic from Tesco as I forgot to take one of the package! 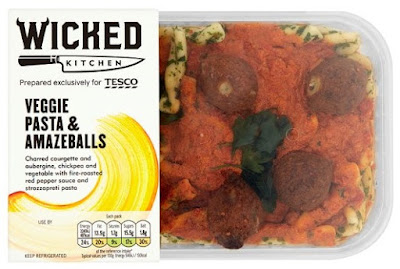 Terrible photo of the contents! 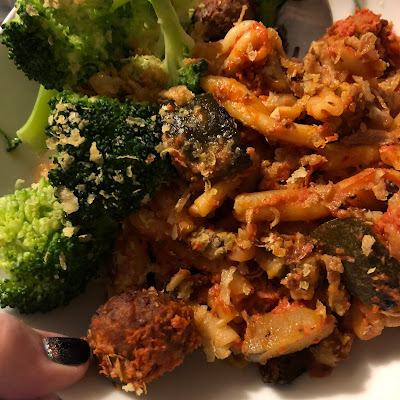 Nana's Mushroom Bolognaise - £4
This one I like a lot and will definitely rebuy. These meals only take 4 mins to heat up in the microwave and this one is really tasty. As above though, needs salt ;-) 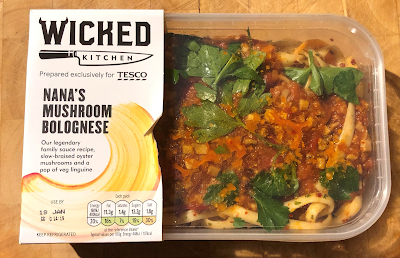 Damn, it's hard to get a good pic of ready meals when you take them out the pack! I added a tonne of nooch, obvs and I also generally put a layer of spinach in my bowl before I plate all meals! 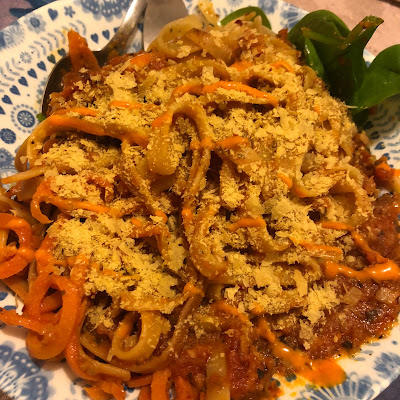 Naked Burrito - £4
This one was excellent! Super spicy with those slices of Jalapeno and this kind of meal is my kind of meal. Rice and toppings. It was yummy. I love the oyster mushrooms and the beans in this. Would also rebuy this one! 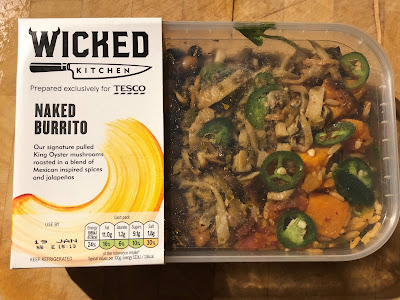 Here it is completely mangled on top of some extra spinach, with a dollop of Oatly oat fraiche on top, because I'm obsessed with that stuff! 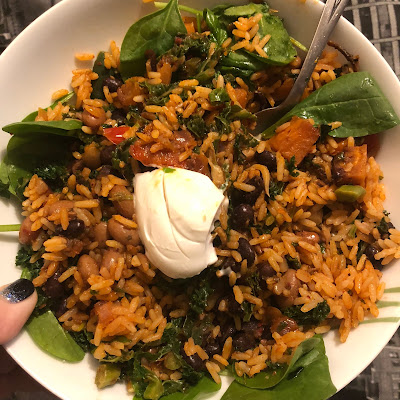 Gunpowder Potato Chana Masala - £4
My favourite of all the meals I've tried. So good! I loved the spice, it wasn't too hot, it was just yummy. And potatoes + rice, double carbs!! Win! Again needed salt, but as I said, salt tooth.


Again, pic from google due to my sieve-like memory 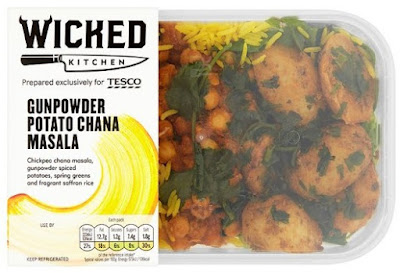 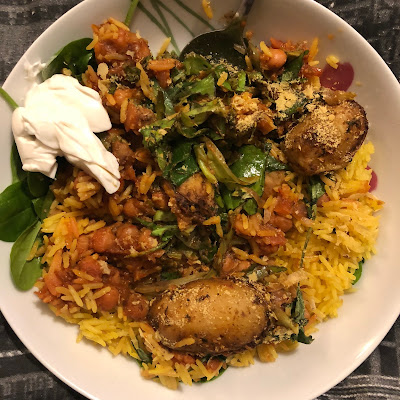 So in summary, I've enjoyed pretty much everything I've tried so far from this range. I'm planning on putting one of the pizzas on this week's Tesco order to try out at the weekend. I also want to try the butternut mac and the teriyaki noodles.

They are a little pricey at £4 but they are really good quality and generous portions. I normally wouldn't eat ready meals this often, but a flare up of RSI in my hand/wrist meant that cooking was tricky this week so these were a godsend.

Have you tried anything from this range? What do you think?