Hey all, Sal here. Before today's post, I posted a Youtube video! For the first time in almost 2 years and I'm a bit nervous about it. But it's a taste test of some of the things Simon is about to mention. I'd love if you'd go check it out and give it a like / comment.

Hi all, Simon here again! So it’s day three of Veganuary and I thought I would check in with you all as to how it is going. So before I get into the main overview, here are the main points:

1. As my food choices are now more limited, I have been snacking less which can only be a good thing.
2. As it is Veganuary I tried the KFC Vegan burger (more on that later).
3. Shopping takes more time, as there’s more planning involved, which in turn means I am more invested in my food choices.
4. Also Greggs and Subway have been introducing vegan options for Veganuary which I’ve tried (more on that below).

The first day went well and the meal out wasn’t bad; I ate from the vegan menu and went for the vegan burger. Although the meat substitute was a little dry, I was able to use tomato sauce (or ketchup) to make it more moist.

Day two: so I got distracted with other stuff and had no breakfast or morning tea, which meant that by two o’clock, I was absolutely starving; at this point I tried a vegan pizza from Pizza Express. Tasted nice but the cheese substitute was almost a sauce, which meant that the integrity (or lack of) was unexpected. To sum up it was tasty but messy to eat.

For the evening meal @sal_on_toast and I tried the KFC Vegan burger. At the time I was willing to give it 8/10 as opposed to SOT’s 6/10, but after trying the Subway and Greggs alternatives, it’s dropped to a 5/10. The main problem is that it was too dry! I dread to think what it would have been like without the vegan mayonnaise. 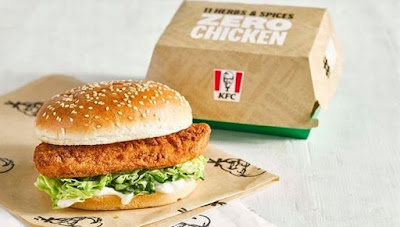 Day three: I woke up and had tea and hot Sainsbury’s cornflakes with Oatly Barista (no sign of non vegan stuff in the cornflakes) and some tea with Oatly again. Now while Oatly Barista works well in coffee and cereal, it doesn’t do so well in the Tea department, as such some Soya Milk has been drafted in for Tea usage. Moving on, Lunch was an interesting affair as SOT wanted to try the new Gregg’s Vegan Steak Bake and the New Subway Vegan Meatball sub. Now there is footage of this that will be uploaded to Sal’s youtube channel later with me doing a fake voice (think of John Shuttleworth’s Clive or Morecambe and Wise’s song “Boom Ooh Ya ta ta ta ta”) here, but I’ll give you the brief overview now.

Greggs Vegan Steak Bake - Tastes exactly the same as the normal Steak Bake. I actually asked SOT during the video if she was sure it was vegan (spoiler it was). Very nice! Would buy again if I needed food on the go. 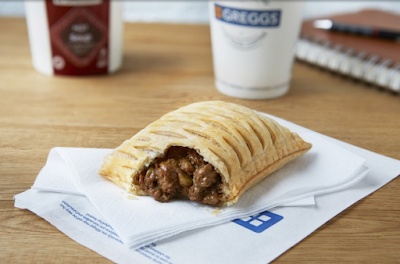 Greggs Doughnut - A Doughnut with icing on, a bit dry and uninspiring so one I would only get if I was outside a Greggs and had an urgent need for sugar.

Subway Vegan Meatball Sub: Excellent, similar meatballs in taste and texture to the Sainsbury’s vegan meatballs and are a bit dry but there is so much marinara sauce it isn’t an issue.

Roger Whiteside (CEO of Greggs) has recently given an interview in which he mentioned he was vegan and convinced of the health benefits of Veganism. If the Steak Bake is a sign of how seriously they take Veganism, then it should be interesting to see what the future holds. Note to anyone from Greggs who may see this: you need to get on the desserts / cakes / doughnuts and Sandwiches. The Vegan Sausage Roll and Bake are excellent - the doughnut was a disappointment. As for Sandwiches, surely a Quorn or Tofurky roll with Salad wouldn’t be so tricky?

So if I were to rate them it would be:

- Last Place: KFC Vegan Burger. Five years ago this would have been amazing, now it’s an “also ran”.
- Third Place: Gregg’s Doughnut. Sadly a disappointment, after the vegan sausage roll and steak bake.
- Second Place: Subway Vegan Meatball Sub. Excellent sauce, tasty meatballs - which are a bit dry but saved by the sauce and customisations are available with the salad.
- First Place: Greggs Vegan Steak Bake. I honestly couldn’t tell it was vegan. It tasted exactly as I remember them and with a perfect texture. Perfect to grab on the go if you are hungry and in a rush.

How are you getting on Veganuary’ers? Let us know in the comments or come chat on the socials (links at the top of the page).

Also, if you want a live taste test / review of these items, check out my video, HERE.