Simon wrote an update post a couple of weeks ago almost - and I'm a bad blogger, so it's only going up now. Sorry babe. Everyone else, hope you enjoy :)

So it’s been a few days since I last guest blogged for Sarah and I thought I would come back with some updates, after 11 days of being Vegan. It’s quite a long post as we’ve done quite a bit over the last week. I’ll start with standard food and at the end, put a piece about the Basingstoke Vegan fair.

If we look back after the first week I was back at work last week which means back to a routine, but also a change to the way I eat at work. Gone are the morning croissants with a latte and in is the porridge (apple or Blueberry) in a thermos (made by the wonderful AOT) and coffee made from grounds in an aero press or cafetière. I’ve also been adding some vegan pretzel bites to my porridge, with peanut butter (which were taken as a snack but they work with the porridge too).

Lunch time comes and again instead of the Chicken Salad baguette with bottled water I had been having, it’s now Tofurky salad sandwiches / wraps - so we’re saving on buying food and I’m not seeing any problems with the Vegan alternatives. There was one lunch time when it was a left over Pasta Salad from the evening before (which tasted better the next day), but on the whole it will be the Tofurky Salad Sandwiches.


On to the evening meals and as we now meal plan here are a highlight of the meals from this week:

Monday: Pasta Salad (I ended up not eating it as I was feeling unwell)
Tuesday: Frankie and Benny’s (not something we’d planned but we got back late so ordered some Vegan options, more on that later)
Wednesday: Mushroom and Gardein Beef Stew with Mash
Thursday: Plant Pioneers Vegan Steaks with veg and potatoes
Friday: Local takeaway of vegan burger (accidentally vegan but hey)
Saturday: Vegetable Dhansak and Mushroom Rice


So the pasta salad I had for lunch on Tuesday and it was lovely, confirmed by AOT that it tasted so much better the day after it had been made. The Frankie and Benny’s was solely to see what their new vegan menu was like, I shared sides with AOT of Mushroom Ravioli, Loaded Skins and Cheezy Garlic Bread, Sal had a Pasta Rigatoni Ragu. The sides were OK but a bit uninspired but AOT highly rated the Rigatoni. (Sal's note: the ravioli was REALLY good too!) 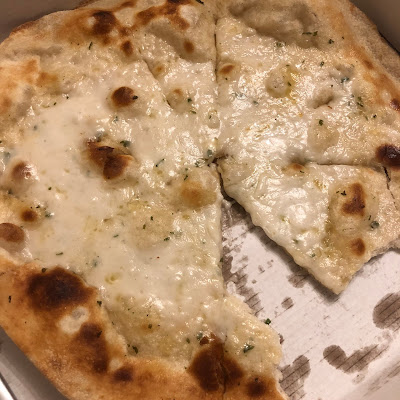 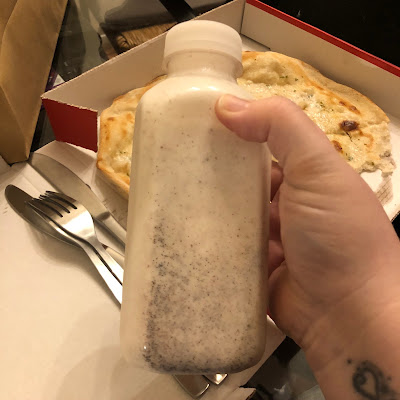 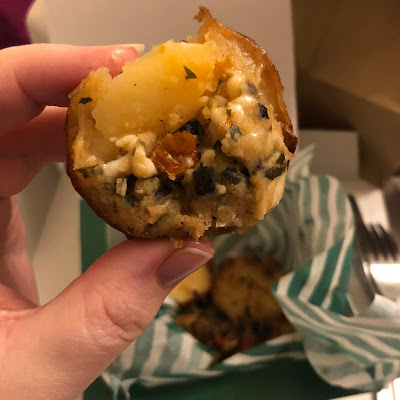 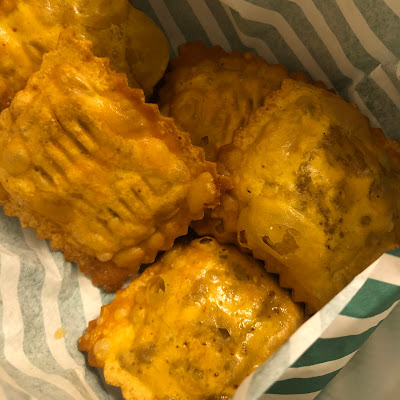 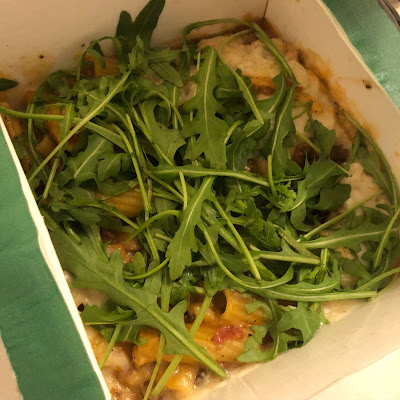 Why so much leafage, F&Bs?? Below is after I shoved all that fricken rocket aside. Better!! 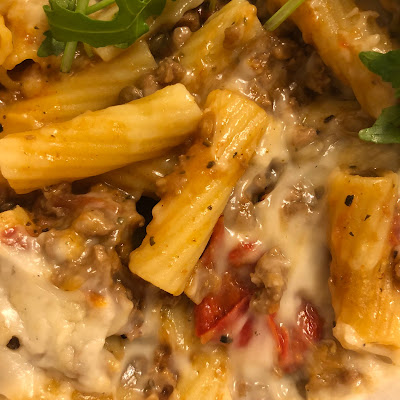 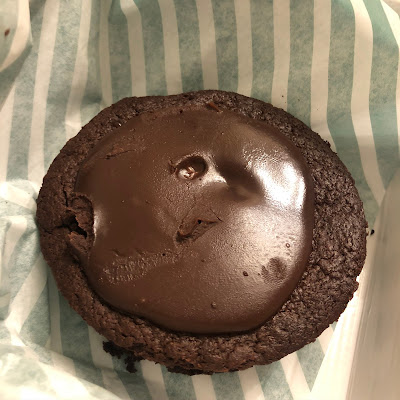 This chocolate raspberry cake was BOMB, even though we got delivery and it was cold. I reckon this would have been even better hot!


The Mushroom and Gardein Beef Stew was delicious only let down by the Gardein*.


*Note: for readers of this blog in the US, Gardein is not common in the UK and AOT had only had them before, when eating at the Wynn in Las Vegas. The UK grocery chain Sainsbury’s had some imported last year (which they stopped selling suddenly when Gardein decided to stop distributing to the UK). Sal's note: they only brought in a few items and none were as good as the stuff I tried in the US. I did like the fishy fillets though! I think there's just too many competitive products in the UK that are cheaper!


AOT has mentioned on Instagram before how disappointed she was with the Gardein chicken style tenders and sadly the beef pieces were the same, breaded and the biggest let down of the stew, as they were bland and slightly mushy.

Sainsbury’s own brand Plant Pioneers Vegan Steaks: we had these with some veg and they cooked really well and had the texture of a steak and the taste of a Birdseye Steak House Grill (1980’s mass processed beef product). Not tasting like a steak but getting closer texture wise. I would advise people in the UK to buy (Plant Pioneers is Sainsbury's veg*n brand) we’re trying the breakfast patties next week.


Friday was the accidental vegan burger a local takeaway do. I had finished a long day and AOT had been to the gym so we got that and had an early night. It was good I didn’t get the same problems I do with meat and felt a lot better afterwards - as opposed to the bleurgggghhhhhh factor you usually get from junk food after eating it.


Saturday Fresh baked accidentally vegan croissants for breakfast. Lunch we shared a Goodfellas stone baked spicy salsa pizza (nice for a store bought frozen pizza and better than the falafel one. We had AOT’s parents visiting in the evening, so we all had a Vegetable Dhansak (spicy but nice) with some Chapattis and Mushroom Rice.

Overall, I have been finding since starting the vegan lifestyle, that I have more energy and clarity, so I am hoping this will continue. I’ve also had less back pain, which is helping me and making me more mobile!

So that’s pretty much a round up of this weeks events there will be a second post (and a video) soon on the Basingstoke Vegan fair which will be from AOT and myself.


Phew! That was a long one. But if you read it all, I hope you enjoyed hearing about how Simon is doing so far. How are you doing if you are a fellow Veganuary-er?