This year I had one such single friend over to stay and my other friend & her fiance as well - they decided not to bother celebrating it this year!

But it started on Thursday night when a workmate requested some v-day themed cupcakes for Friday. So I made chocolate CCs with buttercream that I tinted/flavoured with raspberry Crusha (which used to be vegan and I still have a bottle of the old stuff - boo to them for putting carmine in it now!!) The heart was some white fondant that I coloured with a wanktonne of pink food colouring paste, rolled out and cut out with a teeny cookie cutter. 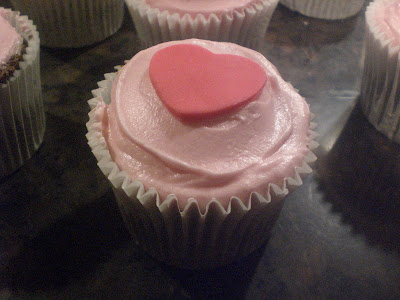 I also made 2 special ones for my fellow Gossip Girl loving besties!! 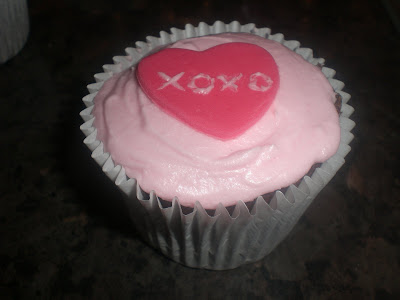 So onto the day itself. Dinner for my friends was butter bean stew, with smashed taters & roasted asparagus (my new favourite way to eat asparagus. 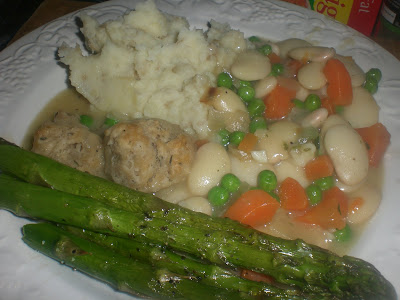 I made 2 desserts as my friend said she was trying to be good so I thought I'd make sure I had a lower fat option. The main event was a coconut cheesecake that I have had in my head for ages, I just wasn't sure it'd work, but it did (recipe is at the end of the post, I'm really REALLY happy with the way it turned out) 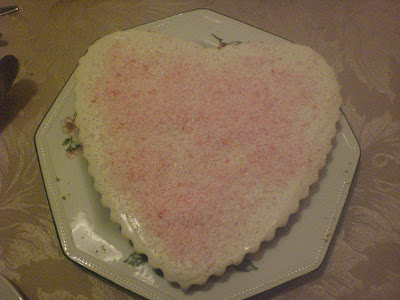 Second option was a carrot cake, that I threw some pineapple chunks & orange zest into. Instead of the usual cream cheese frosting, I just made a glaze with icing sugar and orange juice and drizzled it over the top. It was awesome! 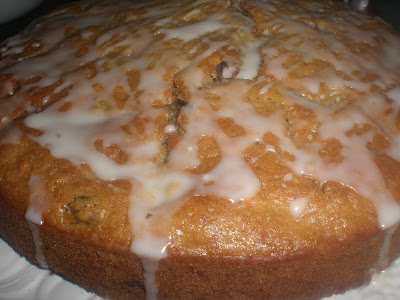 Of course, everyone went for a bit of both in the end. I whizzed up some strawberries to make a sauce for the cheezecake too. 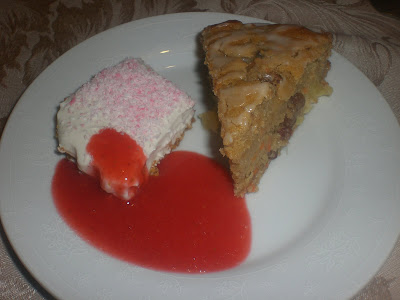 Today's dinner was some rice that I cooked up and added to a tomato, some black beans that I cooked this morning and lots of hot sauce. With roasted baby portabellas and asparagus. MMM! 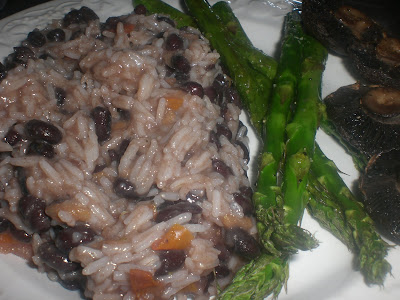 And here's the cheesecake recipe. It's very soft but it sets enough to remove the outside of the tin!
Coconut Cream Cheezecake
150g digestive biscuits*
3 tbsp vegan margarine
250ml coconut cream (1 carton of Blue Dragon UHT coconut cream!!)
1 tsp agar flakes
1 tsp arrowroot
1 tsp water
3/4 pack (a 225g pack) of plain vegan cream cheese
1/2 pack firm silken tofu
2 tbsp maple syrup
2 tbsp icing sugar
1/2 tsp vanilla extract.
Method:
Preheat the oven to 180C/350F.
Smash up the biccies a bit, then throw them into a food processor until they are finely ground. Melt the margarine and then mix the two together.
Pour the crumbs into a 9" flan tin, with a removable bottom if possible. Press the crumbs down well and use a cup measurer or a spoon to pack them down. Put into the oven and bake for 15-20 minutes until just lightly brown. Remove from oven & cool.
Pour the coconut cream into a saucepan and sprinkle the agar flakes over it. Don't stir! Switch on the heat and bring to a boil. Stir well and then turn the heat down and simmer, stirring occasionally until the agar flakes melt.
Mix together the arrowroot & water and then add to the coconut mixture. Turn the heat up a bit and bubble, stirring, until it thickens a bit. Remove from the heat, leave to cool and stir occasionally. Don't worry if it gets a bit lumpy!
When the coconut mixture and base are both cool, throw the tofu, cream cheese and coconut mixture into a blender (or food processor if it is a really good one that will get it smooth! - a hand blender would work too!). Add the vanilla, sugar & maple syrup and process till all smooth.
Pour the filling into the shell & level it out and smooth off the top. Chill for at least 2 hours until firm enough to remove the outer ring of the tart tin.
To make it pretty, I mixed some coconut with some pink food colouring and sprinkled it on top!
Cooking to: I have been mainly listening to Lily Allen - It's Not Me It's You & Paramore - Riot! this week.
*Digestives - watch out, a lot of them contain butter. McVities Light digestives are vegan, as are Morrison's own brand value range!
Posted by Sal - AlienOnToast at 18:47