I for one will be glad when February’s over, because so far it’s kinda sucked. The last two weeks especially. Mainly cuz I just seem to have been ill a lot and I'm sure work stress is exacerbating that (ooh check me out with ma big words!!). Last week I was getting really bad pains in my chest & back; I’ve had them before and have always suffered with heartburn but this was worse than ever and went on for more than 12 hours!

The doc thinks I have a duodenal ulcer which is usually caused by an infection they can treat with antibiotics, I’m waiting to hear the results of the blood test on that one.

Then my workmate gave me his stupid lurgy (half the office have had it) and I’ve been feeling like death warmed up since Friday. So I’m “working from home” today.

Also, I’ve mentioned recently that work sucks – it’s because the economy is kicking our arse and me and some other colleagues are in the consultation period for redundancy, I find out Friday if I’m staying or going!

I’ve kind of lost my cooking mojo too. I dunno if it’s cuz it’s not MY kitchen anymore and there’s no music in there! But lately I don’t even want to bake all that much – what’s wrong with me!! Haha. Since I’ve been ill, I’m too lame to cook and this is about all I can muster up for lunch – yes. That IS a peanut butter & crisp sandwich. Told you I was lame. 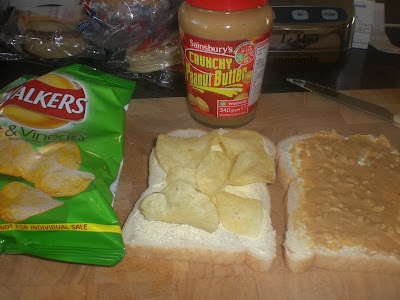 A couple of meals I made before I caught the lurgy though.....

This was some tofu that I just dry fried then threw in some soy sauce and hot sauce and served on top of couscous mixed with some veggies. Boring but fast and tasty. 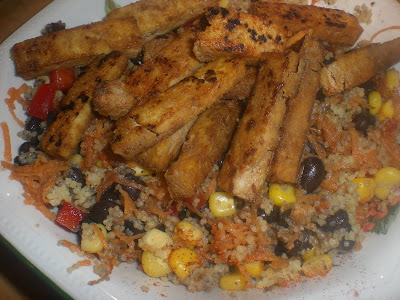 I made my dad & me pizza. I normally don’t do a yeast crust as I’m too lazy to leave it prove but I didn’t bother proving it and it worked fine! And more than that – it was awesome. I didn’t use a recipe cuz all my books are in the shed. So I threw 2½ cups of flour, 1 packet (7g) of fast action yeast, 1 tsp salt and 1 tsp of sugar in a bowl. Then I mixed in 1 tbsp olive oil and 1 cup of warm water, kneeded it for a few minutes on a floury surface then just set it aside till I was ready to roll it out.

For the sauce I just whizzed up some tinned tomatoes and then I threw on mushrooms, sweetcorn, asparagus, peppers, red onion and Sheese Mozarella style then sprinkled it with oregano & black pepper. It was one superrad pizza! I'll be making the crust that way again! 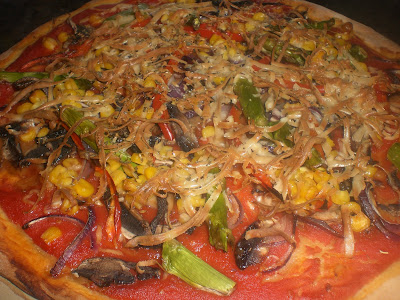 I wanted quite a thin crust so there was some left over. I had this ‘great’ idea of making some garlic bread, but my mum’s oven is FIERCE and I really don’t know it yet - so I overcooked it a bit. It was, erm crispy! My dad still ate it though. 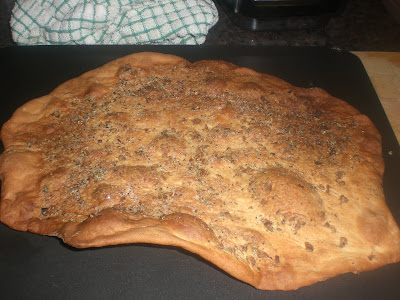 Anyway - it’s not all doom and gloom like I’m making it sound! I’m dogsitting this week for my friend who is celebrating her 30th in Vegas! So meet Luke – the scruffy boy. Isn’t he a cutie... 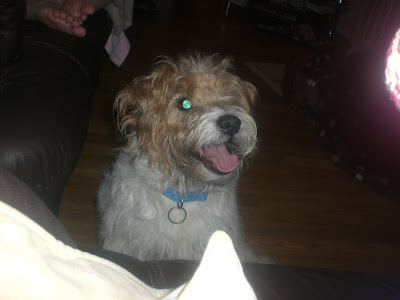 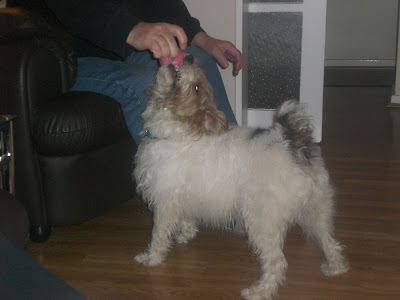 Here he is trying to stop me doing any work (like I need an excuse) by sleeping on my laptop. It’s a good thing I moved home really cuz I am certainly not up to walking him so my dad’s been having to look after him, bless him. I think he’s enjoying it – Luke has taken a shine to him and follows him round! He’s in with me for the nights, trying his best to take up the space in the bed by sleeping diagonally! And cuz I'm at home, he follows me wherever I sit and sniffle. In the evening though, he makes sure he is near dad. 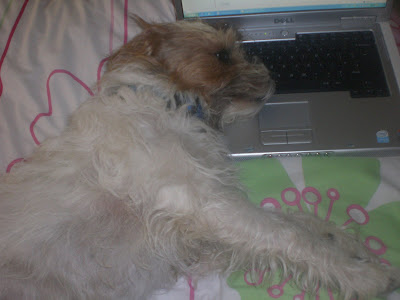 So anyway – I need to try and get my mojo back as best I can until I have my own kitchen again; so when I’m better I’m making a playlist so I can listen to some tunes on my iPod while I’m cooking, hopefully that’ll make me wanna get back in the kitchen and rattle those pots n pans!! But I need help (as if you didn’t know that already) - I need suggestions. Suggest me some tunes please!!

I’m off to catch up with some blog reading then watch some bad daytime TV.
Posted by Sal - AlienOnToast at 10:57