.... OK the snowing stopped, but you gotta love a bit of Shaky at Chrimbo!

It's Christmas Eve - YAAAAAYYYYYYYYYYYY!!!! I love Christmas and I'm in the process of making the food for tonight and getting the flat ready for my friends to come round before we go out!

So onto the food pics. I dug out my battered old breville sandwich toaster the other day to make this awesome sarnie, I called it pizza toasted sarnie, because it really was pizza-y! That's mozarella cheezly, tomatoes, black pepper and dried oregano. YUMMO. 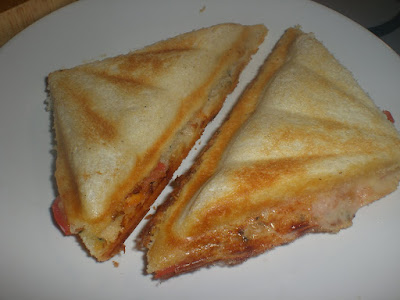 Gooey cheezly - the only way I can eat vegan cheese - melted to oblivion! 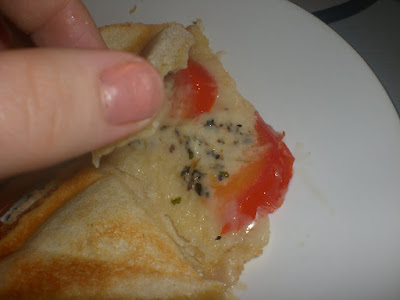 I believe I mentioned cupcakes last time.... here they are. My best friend's husband turned 30 this week so I made these to celebrate. VCTOtW Golden Vanilla cupcakes that I added some chocolate chips and a bit of mint extract to. The icing is just a basic chocolate buttercream that I also added mint extract to. 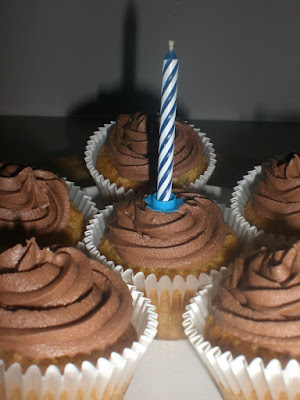 And here - more cheezly. This was disgustingly trashy and freakin awesome. I made mac & noochy cheeze sauce then put some breadcrumbs on top and put it under the grill a few minutes. Then I added some bacos and cheezly and gave a couple more minutes under the grill. Trashy comfort food at it's best. 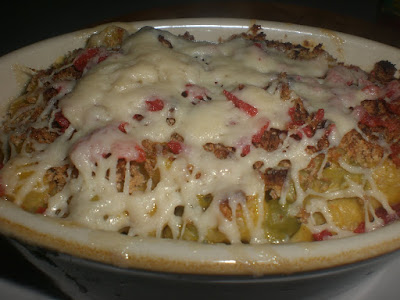 This was gonna be dinner for me and my friends on monday but they both got stuck in those ridiculous traffic jams coming home from work and didn't get to mine at all, so I had leftovers the next day. It was these nuggets that I made from black eyed beans and barley then coated in cornmeal and fried (probably what gave me acid reflux attack - haha oops!). I'm working on the recipe still and I'm going to bake them next time to be safe, but they were almost there. 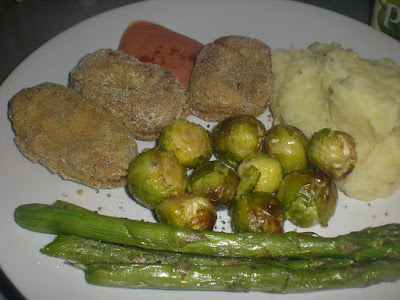 The next day was pretty miserable because of the afore-mentioned acid reflux pain. All I could face cooking and eating was soup, so I chunked up an onion, a big parsnip and about 5 big carrots, the stalks of a bunch of coriander leaves and cooked them in stock for 20 mins. Then I added some soymilk and the leaves of the coriander and blended. It was yummy. 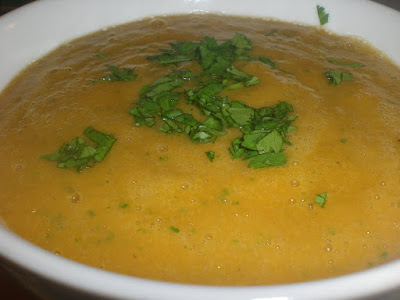 And a sneak peak of tonight's xmas eve foodz - peanut butter krispie balls (hee hee). There's tonnes of recipes out there and someone put some they'd made on their blog last week (I've forgotten who and didn't bookmark it so whoever you are - sorry!) and they looked so good I knew I had to have a go. So I mixed up peanut butter, rice krispies and some other stuff and rolled into balls (hee hee) then put a big old blob of melted choccie on top. I'll post the recipe next time. 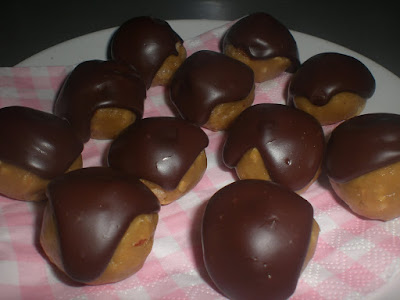 I've also got some fudge in the fridge that doesn't appear to be setting up, even though I followed the recipe to a T! if it hasn't set in the next hour I'm going to have to try and salvage it - will report back next time!!