Helloooo, how was everyone's weekend? Outstanding. Swiftly moving on.

The PPK challenged me to try out confetti liner from a picture tutorial that was posted on the forum, so thought I'd have a play with it and a few similar looks to see how easy it was and if I'd actually wear it. It was pretty easy and I would definitely wear something like this as a fun way to jazz up some simple makeup.

For all looks I put the GOSH brow pencil in Grey/Brown (CV) on my brows, put a bit of Collection Lasting Perfection concealer (CV) over the entire lid and set it with loose powder. I put a bit of Barry M bronzer (V) in the crease as well, just lightly.  Then Barry M Lash Vegas with Fibres mascara (V).

I used a Real Techniques silicon liner brush for all the dots you see. I used a Louise Young Synthetic Fine Liner Brush for the gel liner tutorial below and the angle brush I used to clean up with was by Barry M.

Starting with pretty much the look that was on the tutorial. The liners I used were all Limecrime Uniliners (V), shades I used were 6th Element (orange), Citreuse (green), Blue Milk (light blue) and Orchidaceous (purple) 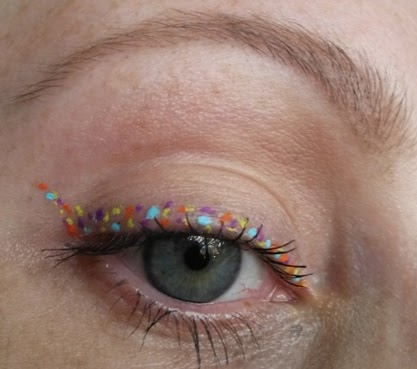 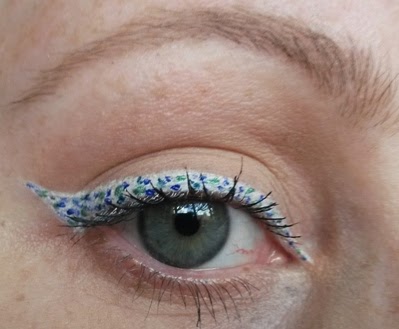 For something a little different I did the same white wing as above, then mixed Sugarpill's Goldilux pigment (V) with Neve's mixing medium (V) 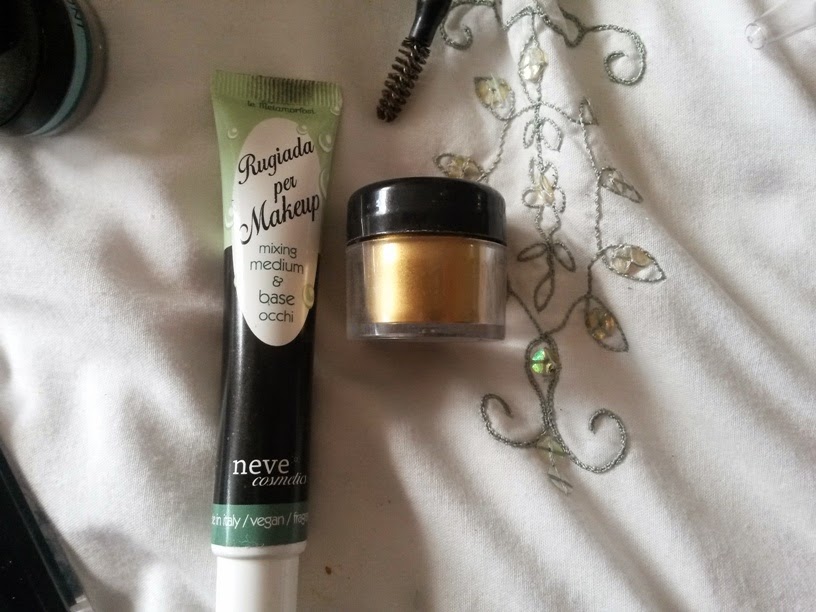 I dotted this on in random splodges 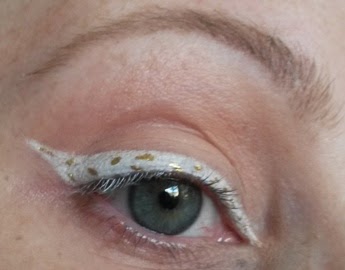 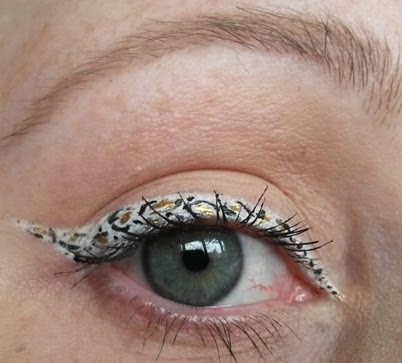 Lastly I reversed this and did a wing with Limecrime's Quill Uniliner and dotted some white spots on with Illamasqua's Precision Liquid Liner in Scribe. 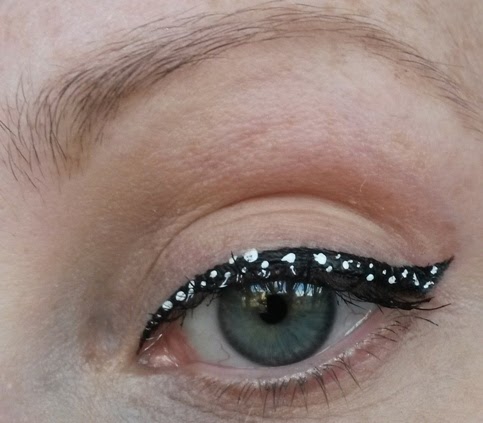 I also thought I'd do a little pic tutorial for anyone who struggles with eyeliner.  It really is just practice and you'll always have crap days and great days / uneven wings ... blah blah, but in case you need a few tips, here's how I do mine.

This is the same whether I'm doing gel liner with a brush or liquid liner.  If gel, I scrape some of the liner out of the pot with a clean brush tip or spatula and pop it on a palette if it's a client or the back of my hand if it's just for me.  Then load up the brush and kind of twirl it on the back of my hand (or against the neck of the tube if liquid) to get the brush to a point again.


I always start in the middle of my eye with the brush on it's side, short strokes, resting my fingers on my face. 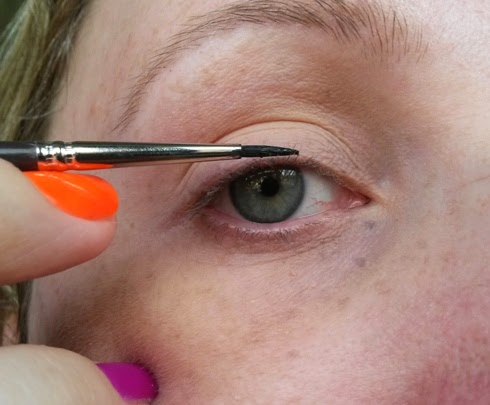 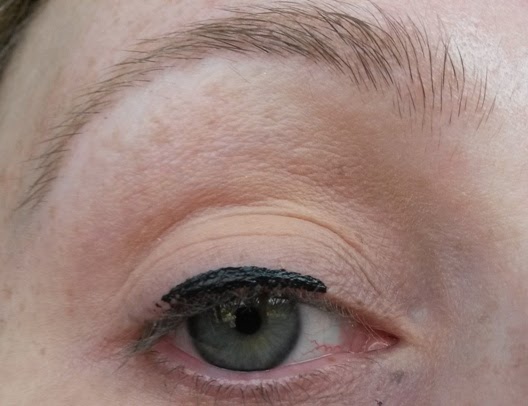 The turn the brush and use the point to get the inner corner and join up to the other line, while you have less product on the brush. 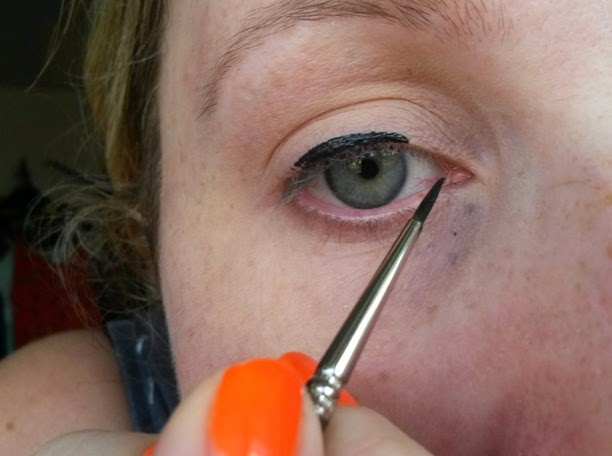 As you can see it doesn't haven't be perfect at this point. 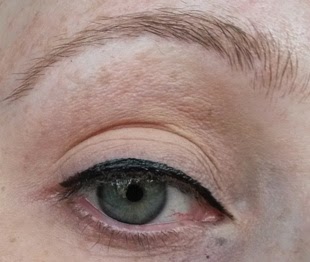 Then draw on the wing, while you still have less product on the brush 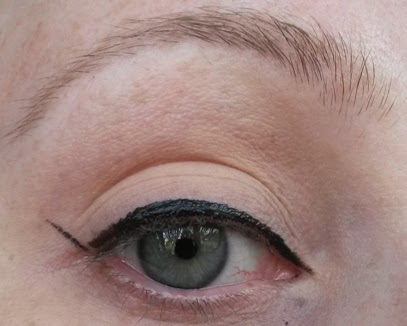 And then draw another line to make a triangle and join up with the liner. 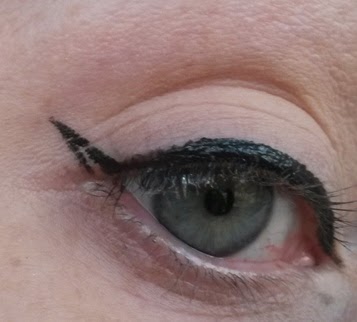 Then just fill in the triangle and go backwards, perfecting and smoothing out the top line.  Any wobbles in the wing fixed up with some makeup remover (non oil based works best) and an angle brush.  You can use concealer too, if you prefer. 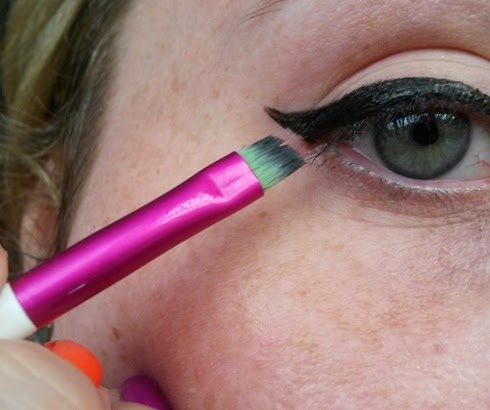 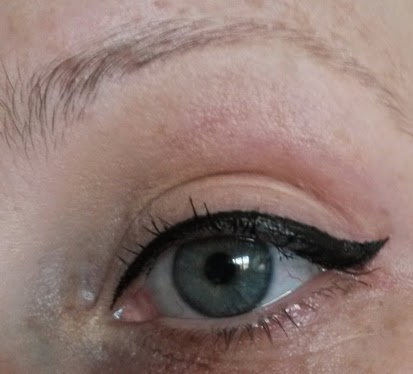 So there we go, I'm not the world's best liner of eyes but I do ok on the days the eyeliner gods deem me worthy! So hopefully this will help start you off if you struggle a bit with liner.


If you enjoyed this post please consider sharing it via the links below and I'd love to talk to you so feel free to leave me a comment or join me on social media via the links to the right.

THIS POST WAS ORIGINALLY POSTED ON LOVE-LIPSTICK.BLOGSPOT.COM
Posted by Sal - AlienOnToast at 12:16