It's 2016 which means that midnight on New Year's Day was my 8th Veganniversary! This also means that this blog is almost 8 years old, can't believe how quick that's gone.

I took a tonne of food pics over Christmas, but I don't want to bombard you with a massive post full of pic spam, so I'm going to split it out into a few different posts.

I'm going to start with Christmas Day!  It seems like ages ago now and an instagram post would (did) probably cover it. However, I bought a Tofurky roast this year. So, let's talk about that! :o/ ....

I didn't even read the instructions until almost midday on Christmas day; basically you have to defrost the fucker in the fridge overnight before you can cook it. Or cook it longer, which is what we did. It took 2.5 hours! So dinner was later than planned.


So I cooked it as instructed. It looked not bad: 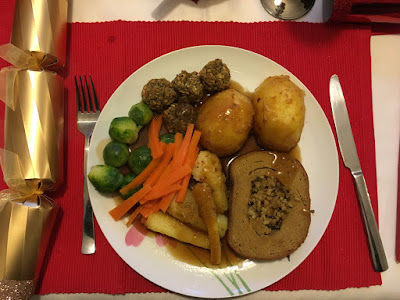 But it was tough. And dry! 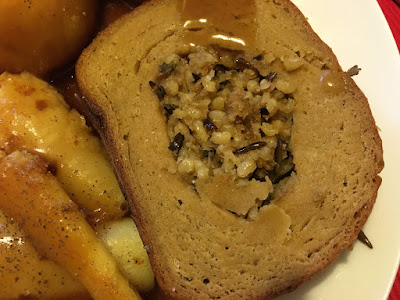 Flavour wise it was nice, but not much different to the one I normally make myself for Christmas (which is the Chicken Style Roast from Julie Hasson's Vegan Diner book). The texture of the homemade is better! I do like the idea of stuffing in the middle though, so I might try that out for next year.

For dessert I tweaked the caramel apple cake I made for Simon's Birthday in November. I know I promised a recipe for this when it was tweaked, but I don't have it right yet. This wasn't as good as my first attempt so I still need to tweak it, sorry. It'll end up here, just not yet! 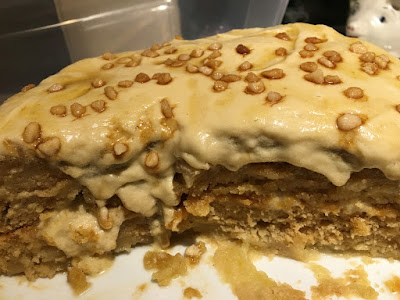 So guess which bellend got a selfie stick? Oh yeah that'd be me... 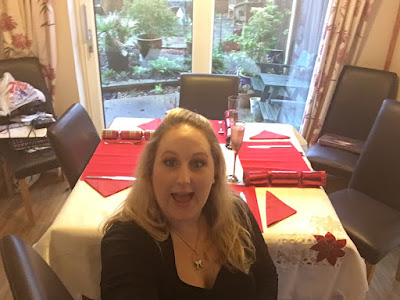 And a family Christmas shot! 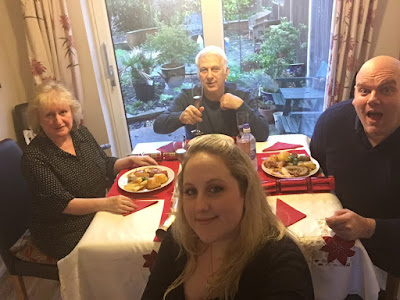 And boxing day would not be complete without the boxing day sandwich. Which is basically white bread, Christmas leftovers and vegenaise! 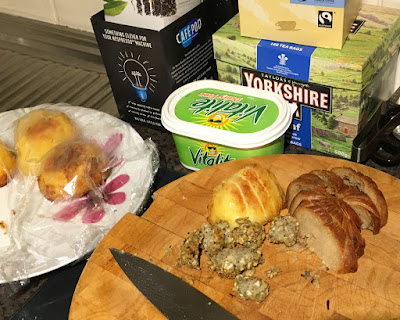 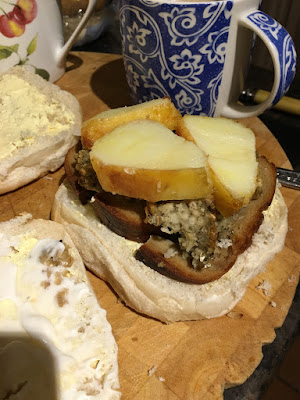 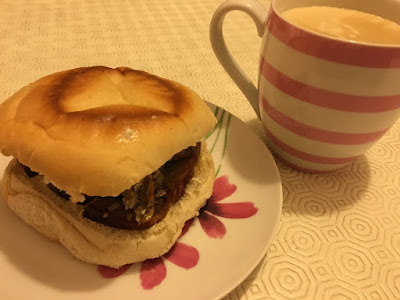 Sticking with boxing day, we went up to Birmingham to see Simon's parents and his mum did an buffet 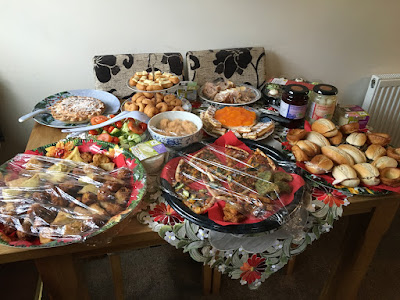 with a bunch of vbites / violife etc stuff for me 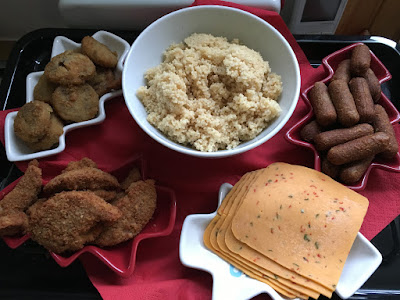 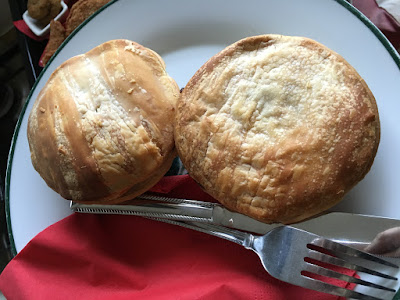 Afterwards we travelled on up to Stafford as we were introducing Simon to most of my dad's half of the family the next day.

We stayed in a hotel called the Swan, which is lovely and I know from looking them up before that they do vegan / veggie nights there. My mum called ahead and they were happy to do me a vegan meal and a breakfast.

I got a veggie tagine, with giant couscous which was awesome. It was sweet and flavourful, with chickpeas and sweet potato in. 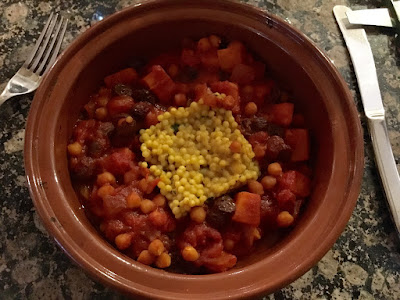 We were too full for dessert, but I did get a cosmo in the bar! :) 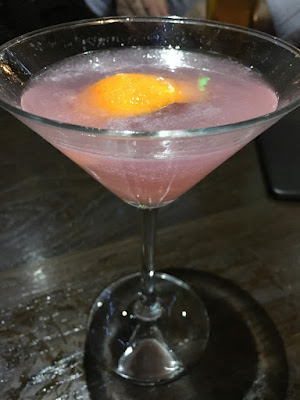 The next morning, they did me a breakfast of veggie sausages, hash browns, mushrooms and tomatoes. (And toast not pictured.) 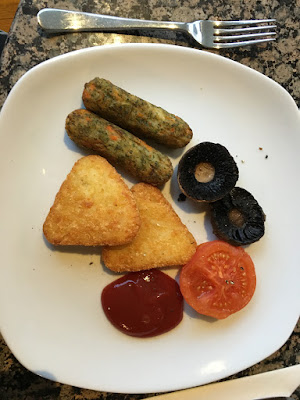 We loved the Swan, the rooms were lovely and the staff were really friendly and helpful; we'll definitely go back there!