Unless you've been living under a rock, you've probably heard that Sainsbury's have brought out a pretty decent range of vegan cheeses (GARY!)

I have so far tried:

All of them are good! The grated cheddar I probably wouldn't eat as it, it's needs to be melted, but all the others are pretty good on their own or on a cracker.

My favourite is probably the feta style, it's REALLY good. I was not someone who was obsessed with cheese in my omni days but I did love me some feta so I'm glad that a decent one has finally been released.

The caramelised onion cheddar melted perfectly under the grill, on a piece of toast... behold it's beauty: 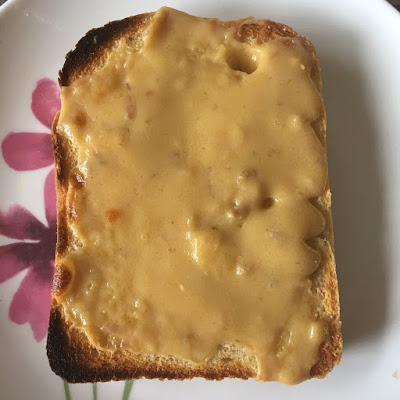 All the cheeses are coconut based and do have soy in, in case anyone with allergies is wondering.

For anyone who wants to know more, here's my review video of these cheeses (except the caramelised onion, I bought that after I'd filmed it as the others were so good!


Have you tried anything yet from the range? Let me know what you think.