Zizzi's recently updated their menus and added some more vegan options, including a proper dessert - not just sorbet! So obviously I had to try it.

Last night was mine and Simon's 2 year anniversary so we figured it was a good excuse to go try it out.

Firstly we shared their new spicy nuts which were really good! 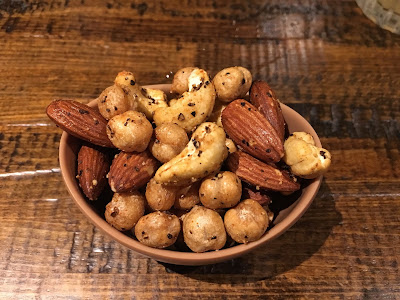 And also their new bruschetta; I'd had the old version which was cooked tomatoes and while tasty, wasn't really my thing. Their new one has cherry tomatoes and pesto and is more like a traditional bruschetta. It was really good. 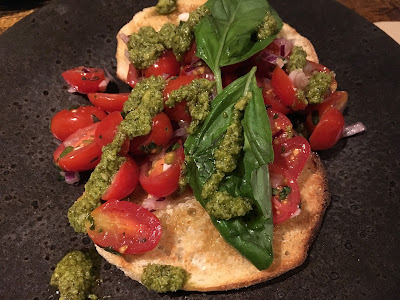 For the main, I decided to try the lentil ragu, rather than go for pizza again (as much as I love their vegan pizzas) and I made the right choice. I LOVE pasta and this was delicious. I've had a lentil ragu before (in Jamie's Italian) and wasn't a fan but this was really good. 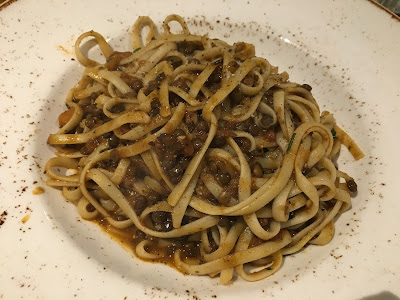 For dessert I obviously had to try the dessert calzone. It's sugary dough filled with bananas, caramelised pecans and chocolate and it was yummy. The dough was a bit erm, doughy! haha. It was kind of tough to eat, I definitely needed my knife, but it was worth it. And the coconut / chocolate swirl ice cream that came with it was really good too. 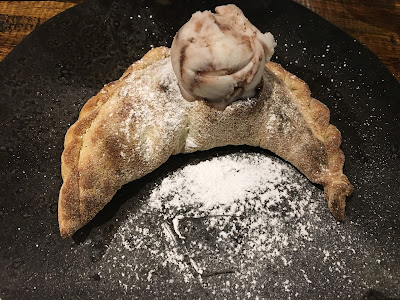 Have you tried the latest vegan offerings from Zizzis? Let me know what you thought if you have, or if you fancy trying them.