I'm a bad babysitter got ma boyfriend in your shower...

OK so I'm not a babysitter but I don't know any songs about being a bad blogger!! I haven't been making much blog worthy food lately and my google reader has about 100 unread posts in it that I need to catch up on!!

I have got a few pics from the last week. Firstly, I made some more meetloaf (from Cozy Inside) but this time I stole Beck's idea of making mini ones in muffin tins - awesome idea!! Ps: these + good bread + reggae reggae ketchup = the best sandwich EVER! 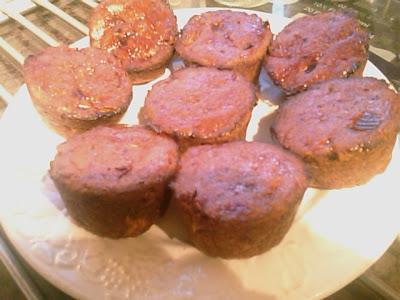 I had them with roasted veggies. I forgot to take an after shot before here is the before one: beetroot, peppers, squtternut bosh, turnip, fennel & onion. YUM! 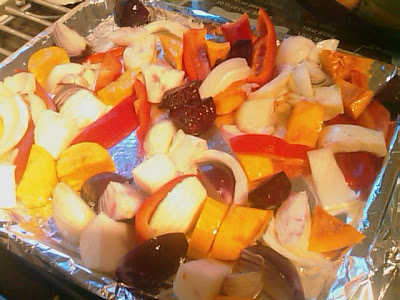 This is not very photogenic I know, but it's some soup I made last night. I threw the veggies that were half eaten in the fridge in a pot with some turmeric and veggie stock and it wasn't half bad. There was squash, potato, sweet potato, carrot, onion, garlic & peas. 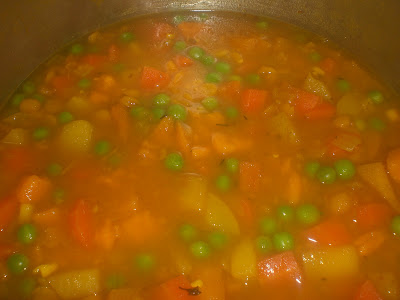 Last night I made veggie hash for dinner. It was rad!! I added some tofu this time, as I had some to use up. 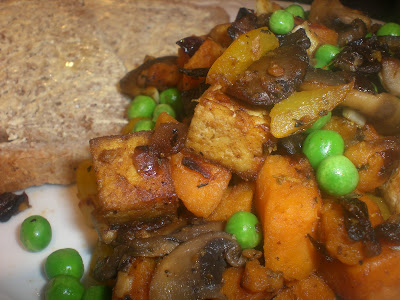 This is a bit of a lousy pic because it was the leftovers. For sunday dinner I made a sunday roast (forgot to take a pic!!) and this was dessert - a crumble. It had 2 huge mutha bramley apples, a punnet of blueberries & a couple of tbs of sugar in the filling and a thick layer of crumble topping. We had it with custard and it was ace. 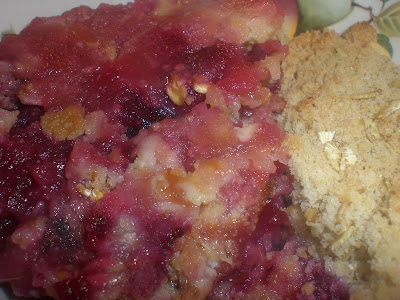 I made these muffins on my second snow day (off work!). They were a bit too crispy cuz I don't know mum's oven yet. But they had hazelnuts and cranberries in. When I took a bite I realised I really outta make more things with hazelnuts in - they are good! 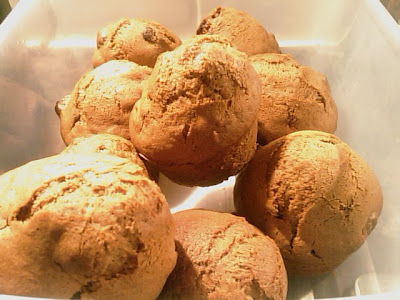 That's it for now, I'm off to catch up with my backlogged google reader!
Posted by Sal - AlienOnToast at 20:13