Put theee lime in theee coconut and call me in the morning!!

So now that all the birthday madness is over I don't have anymore cake baking to do and I can get back on my diet!! I hadn't been to the gym in 2 weeks so body pump on Sunday was a wee bit painful. Especially as she made us do EVIL lunges!

The last birthday in June is my best friend's birthday - we're a week apart and I made her cupcakes. She (unsurprisingly) requested mango & coconut. They were pretty good!! 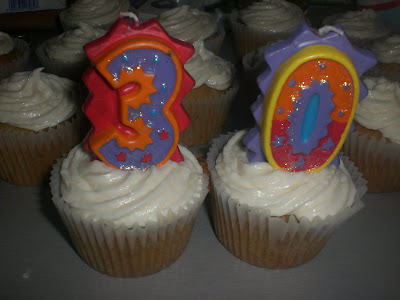 I forgot to take a pic of dinner but I did us some barbecue baked tofu, garlicky greens and saucy potatoes. I did get a messy shot of the leftover potatoes though before we devoured them. I'm working on getting this recipe perfectly ace, although they're pretty freakin ace already. 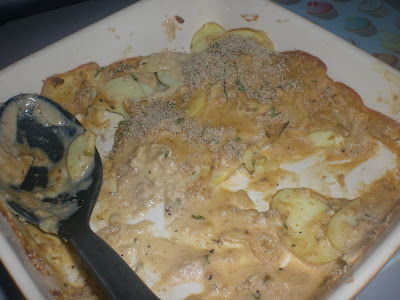 Last week I decided to make some of Susan V's ribz. They weren't as good as the first time I made them, they were really chewy so I dunno what I did wrong. They were still tasty though and I used Jack Daniels BBQ sauce on them that the lovely people at JD sent me! (I'll be talking more about those sauces in the near future!) The rice was some cooked brown rice mixed with veggies and a lemon vinaigrette. Jessy asked me in the comments of another post about the lemon vinaigrette - it's pretty easy: juice of a lemon (about 2 tbsp), 1 tbsp oil, 1 tsp dijon mustard, pinch of salt & pepper and whisk! 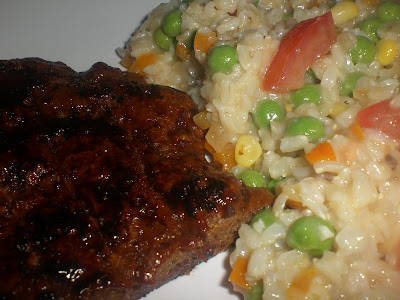 Yesterday I made some mini meetloafs. I used the recipe from Cozy Inside (love that book!). I halved it like I always do but this time I added in about 1/3 cup of cooked lentils (I had leftovers!) and doubled the spices plus added a few more. It was really good. I also had leftover cheezy sauce from some mac n cheese (that I accidentally deleted the pic of - doh!!) so I had that on some steamed veg. Yum. 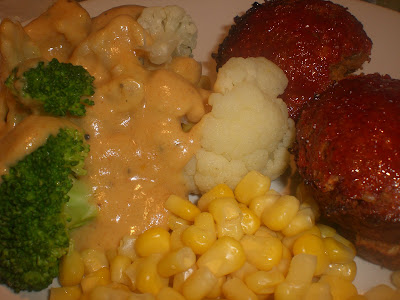 I had some sweet potatoes and some coconut milk in the fridge and needed to use them up. I was too lazy to do a full curry with all the grinding spices and crap so I made this one up and it was soooo good. So I'm giving the recipe, even though it was so easy it's a bit sad to put the recipe. 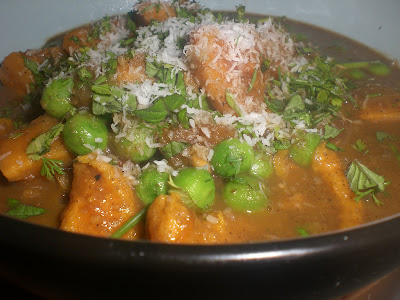 I served it with naan breads. I googled recipes and found one by Anjum Anand - I liked it cuz there was no yeast and also cuz well Anjum is the shiz! Unfortunately, my dough never doubled!! Maybe because I subbed 50% of the white flour for wholewheat? The first one rose really well but the second one was flat like a roti. They were tasty though so I got over it. 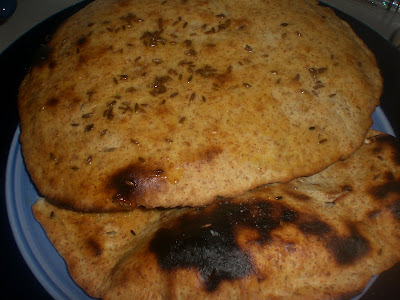 Method:
Heat the oil in a non-stick pan. Fry the cumin seeds for a minute until fragrant then add the onion. Cook for about 5 minutes, until the onions start to brown then add the garlic and cook for a further minute.

Add the potatoes, stock, garam masala, tomato, the tomato puree and a pinch of salt & pepper and bring to the boil. Reduce the heat, cover and simmer for 15-20 minutes until the potatoes are tender.

Stir in the peanut butter and peas and cook for another 5-10 minutes uncovered. Stir in the coconut milk, check seasoning and then serve scattered with herbs and coconut.


Another meal over the weekend was leftover ribz with mash & mushy peas. 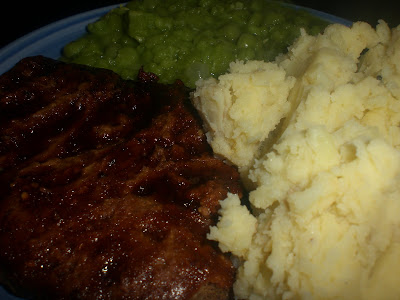 And Saturday's breakfast was pancakes. I was planning to make coconut pancakes with the leftover coconut milk but it was off! boo. So I just used soymilk and sprinkled coconut on the top. I made them wholewheat - I just used my banana pancake recipe but left out the banana and used extra soymilk and some maple syrup. Yummy yum yum yum. 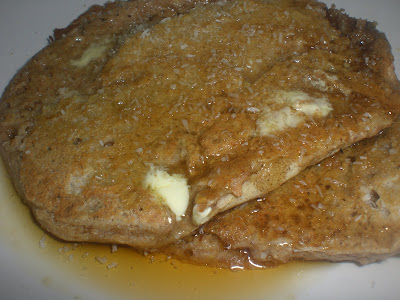