Miscellaneous crap and a recipe. And MoFo!

It's been almost 2 weeks since I blogged, I can't believe it. It's been a weird couple of weeks with a bad cold, an endoscopy and another cold! But enough of that crap, on with the foodz!

This was dinner last week. I forget exactly what was in the sauce but it was tomato based, with some mange tout and baked tofu on spelt penne. 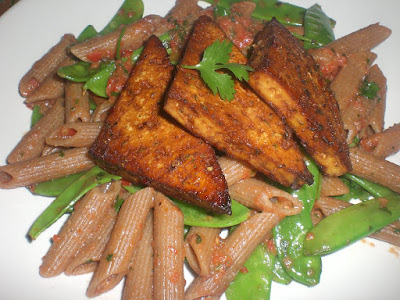 I've been digging through my cookbooks lately and remember how awesome the lentil burgers from Hot Damn & Hell Yeah were, so I made them again. SO GOOD!!! With loads of ketchup, mustard and pickles on a grainy bun. 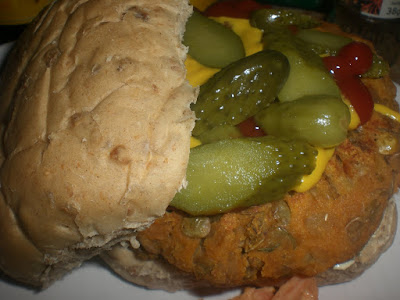 To go with it - potato salad (with a yoghurt dressing instead of all that mayo) and a carrot salad. YUM. 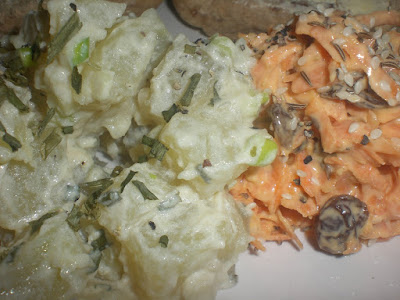 This was dinner last weekend for me & my friend. I made us a salad with some pan fried tofu, sauteed onions, mushrooms and courgettes, roasted red & yellow peppers, udon noodles and avocado. Yum. 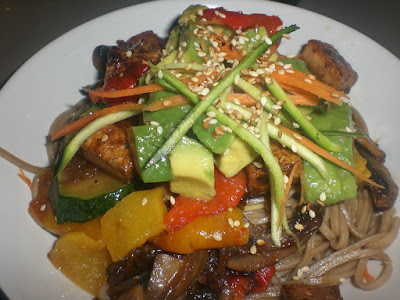 Pudding was this coconut jelly with mango in lime syrup. This was SO GOOD!! Recipe is at the end of the post, I was glad I had leftovers for the next day! :) 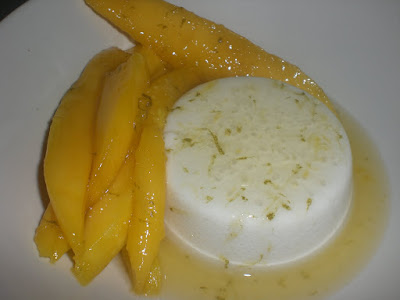 I bought some more smoked tofu, except this one had almonds and sesame seeds in. YUM. 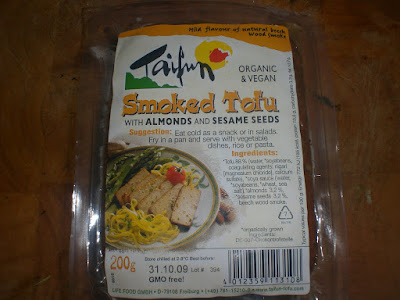 I mainly ate it with salad or in sarnies, but it did have some with couscous and pinenuts .... 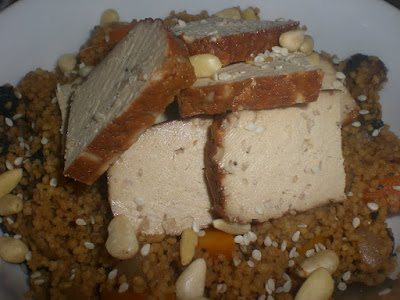 Also, when I bought the tofu, I picked up some chocoreale - this stuff is basically vegan nutella and it is spanktastically awesome! 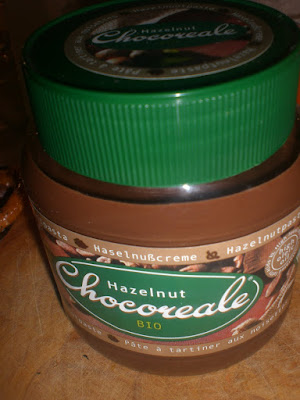 I wish I had something classy that I did with it to show you but to be honest it's best like this.......

Straight out the jar on a salty pretezel. 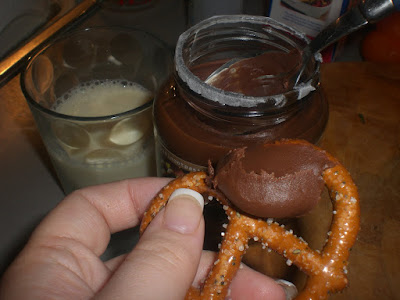 Last week my dad made some awesome carrot & coriander soup when I was staying with him and mum. I even got some to take home with me! YAY. I made some soda bread to go with it, but I forgot to take a pic. Boo Sal! 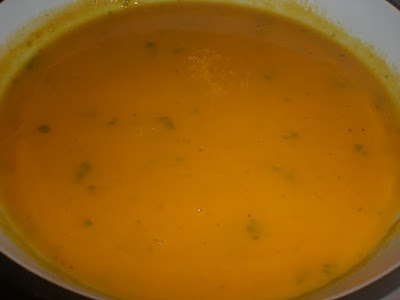 Um this was a fairly uneventful dinner - risotto with some edamame beans (ran out of peas!), sweetcorn, peppers and the last of that smoked tofu. 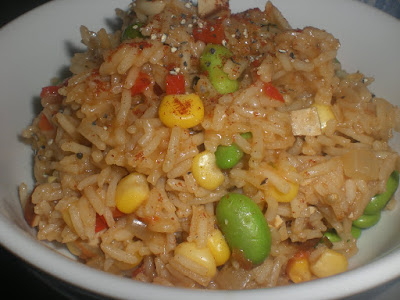 So onto the recipe for the pud I talked about before. I should say that on its own, the coconut jelly is almost bland and way too rich! But all together, it all works in perfect harmony. Give it a try – it’s soooo easy! This makes more syrup than you’ll need but it keeps in the fridge for a while and can go on any boring old fruit salad to jazz it up!

Method:
Mix together the coconut milk and agar flakes in a saucepan and leave aside for 5 minutes. Then put it on the heat and bring to the boil without stirring. Once boiling, turn it down to a simmer and stir occasionally until the flakes have dissolved (about 5 minutes). Once dissolved, pour into 4 ramekins and let cool, then put in the fridge for at least an hour to firm up.

To make the lime syrup, mix together the sugar, lime zest and water in a small saucepan and heat gently until the sugar dissolves. Then turn up the heat and boil it for 2-3 minutes. Take off the heat and add the lime juice and also throw in the empty juiced lime halves. Leave to cool at room temperature, stirring occasionally.

To serve, peel the mango with a veggie peeler and cut the flesh off the stone in long wedges. Pour some syrup over the mango and stir it around. Unmould the jelly by cutting around the edge and using the knife to pop the vacuum created and it should drop out. Spoon the mango around the jelly and some of the syrup over the top.
I can't believe it's almost October already!! Less than 2 weeks till my best friend gets married and only a couple of days until Vegan MoFo!! Last year I loved MoFo and I've been feeling a bit blogged out lately so maybe this will challenge me to think up some new ideas!!
You can go to Kittee's ace blog for info on MoFo (or check out the MoFo room on the PPK)!