My last post about Berlin is about my favourite place we went to, Chaostheorie.

Mr A had happy cow'd what was around us when we were in Vego Foodworld and found a place just up the road that sold vegan baileys.  Only problem was it was packed when we got there and it's pretty small. So we decided to go back the next night, before dinner.

The barman was awesome, he was super friendly and we asked if they did any other vegan stuff besides the baileys and he said everyone was vegan! Win!  Then when he found out I was vegan, he gave us loads of advice and recommendations for restaurants etc (one of which was Lucky Leek, which I had already booked for the next night, so I was pretty happy about that).

We decided to have a cocktail and a baileys but the baileys had almost run out so he pretty much drained the bottle into a shot glass for us so we could have a taste.

Mr A ordered a cocktail off the board, I think it was called the Chaos Colada and the barman said that there was a rule with that cocktail "if you puke inside or out on the pavement and I have to clear it up, you pay me 15 euro".  So I asked what the eff was in it and apparently pretty much everything.  So we changed our order.  We ended up asking him to make us some cocktails that he thought we'd like and use the fancy gin!  Mine (left) had pink grapefruit in and was really good.  Mr A's had basil and lime in and was also excellent.

He asked us to hashtag any pictures on instagram with #fettundbetrunken.  My GCSE German is rusty so all I could make out was "fat and ....?" "DRUNK!"  Awesome. 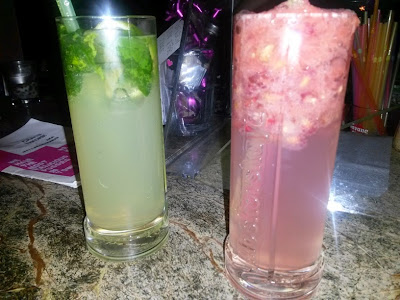 Then I took a look at the menu and decided we needed to come back the next day for brunch. Hot Croissants &; Sandwiches, sweet or savoury! 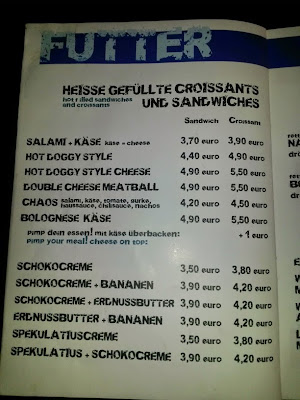 And so we did.  We ordered caramel lattes, obviously. 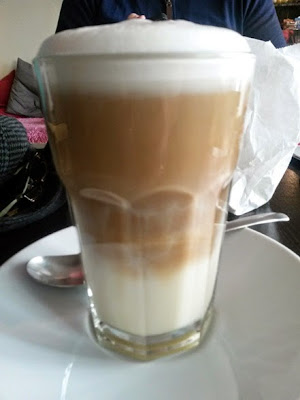 And then the owner came in and said she'd seen my instagram pics and made a new batch of baileys just because I hadn't been able to get a full one the night before. Seriously, I haven't had baileys in over 7 years and this is what I remember it tasting like. YUMMY! 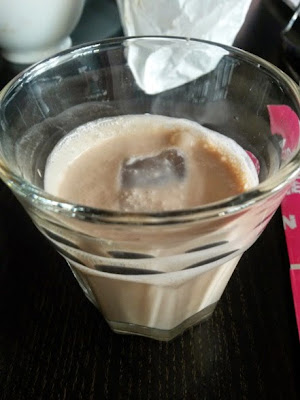 I had a sandwich, I think it was the double cheese & meatball. I do know it was awesomely filthy. 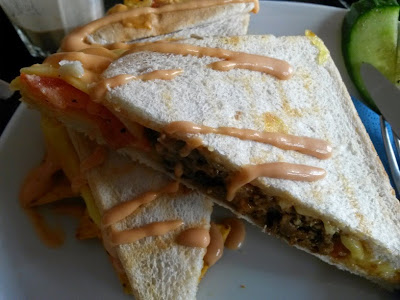 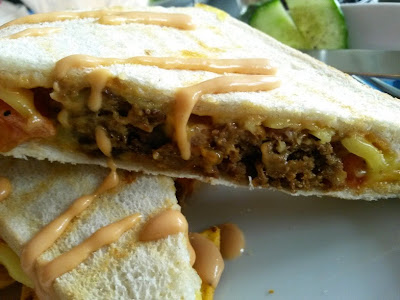 The next day we'd planned to go to Ohlala before flying home; but it was closed.  Ah well, back to Chaostheorie - wooooo!!

We had milkshakes. I had the snickers one, so peanut butter and chocolate and Mr A had the Manner Wafer one. It tasted like nutella and it was freakin incredible. 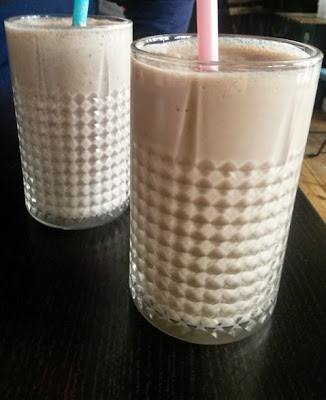 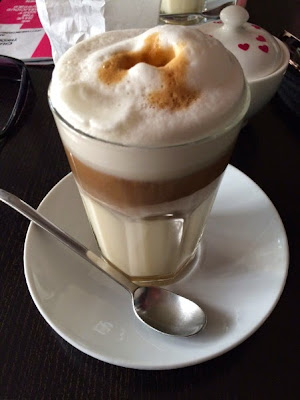 I picked the chaos croissant which has cheese, salami and hot sauce and it is pretty ace. Mr A had had this the day before and I won't lie, I was jealous of it.  This day he had the bolognaise croissant but can I find that picture anywhere? No I cannot.  I will edit this post with it if I ever do though. It was also spankingly ace. 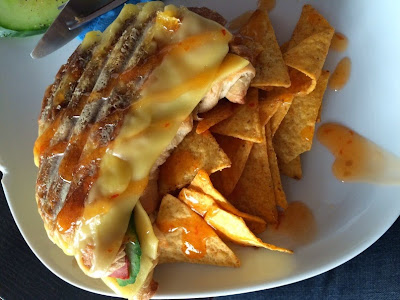 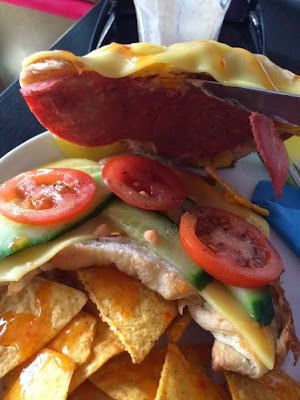 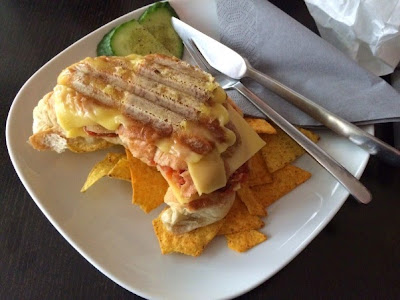 And because we are piggy trufflers (and it was our last day) we also got cake. Delicious, awesome, peanut butter cake. SO GOOD!


(Sorry for the crap blurry pic, another one I couldn't find so I literally had to screen cap it off instagram!) 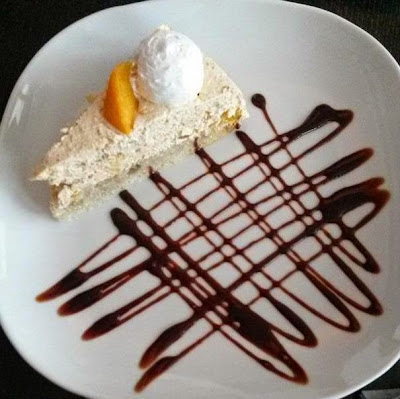 Yeah I was pretty excited about vegan baileys! 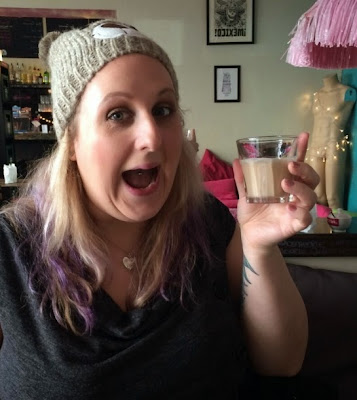 I think you can tell how much I loved this place. I loved everything about it, the food, the baileys, the staff, the vibe of it. It would definitely be number 1 on my list of places to go back there next time!

So that's it for my Berlin food adventures. I loved it sooo much and I can't wait to go back. Hopefully it won't be too long.

Have a good week everyone.