I decided to show you some of the food we've eaten over the last couple of weekends, as there's been some good stuff!

We decided to make pizza! After unsuccessful trips to 2 supermarkets looking for dough or pizza bases that didn't look total crap, we settled for ciabatta for the bases. Which I love, Simon's not so keen. I added tofurky italian sausage, peppers, mushrooms, sweetcorn and a mixture of Follow Your Heart cheddar shreds and Daiya mozzarella shreds (the daiya is still in my freezer from New York!) 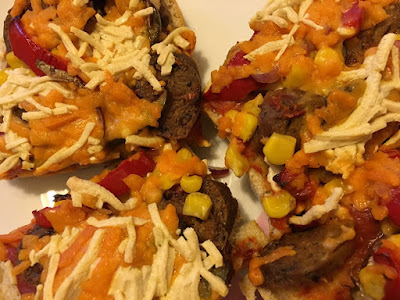 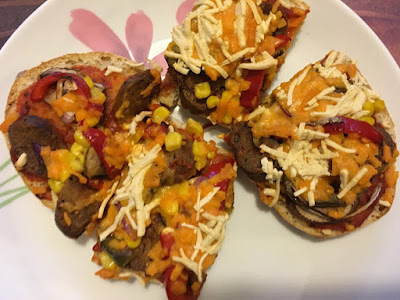 Last weekend we took my parents to see our wedding venue (it's booked you guys and it's soooooo pretty!) and afterwards we went over to the Golden Lion in Winchester for a roast. It's a lovely pub that has a vegan menu! (I've blogged about it before if you want to see the non-Sunday menu!) It's a bit of a trek for us but totally worth it. 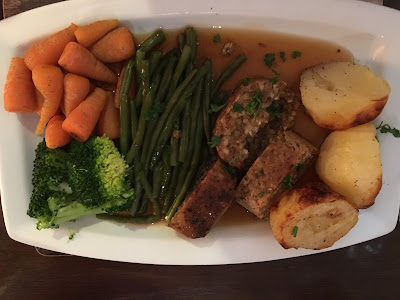 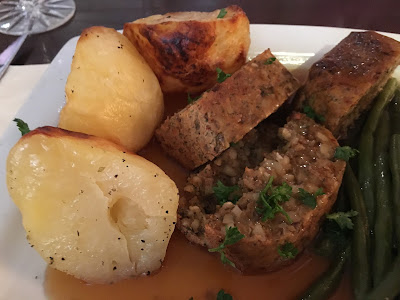 They do desserts too. I'm 99.9% sure these are Lazy Days millionaire's shortbreads, which I suspected before I ordered it, because the other option was tiffin! When I tasted it my mind was made up. However, I'm a fan of the Lazy Days products so I enjoyed this. It was served with soy cream. 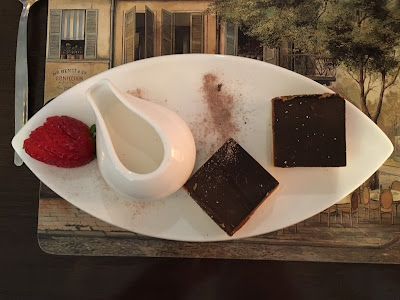 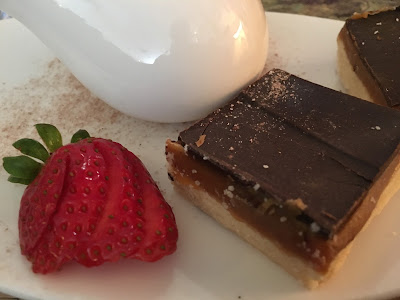 I bought this the other week from a store in Portsmouth and it had been in the fridge a while. I'd sneaked a few bits. But I took it out and ate it at room temperature and OH EM GEE it's amazing (totally better at room temp than cold too and I normally like my choccy chilled!) This is too dangerous to buy often because it's really really good. I've also tried their white nougat crisp variety which is also excellent! On Friday I saw on Instagram that Lola's Cupcakes (stalls/stores dotted around London) do vegan options. I casually mentioned it to Simon and he brought me cupcakes home from work with him to cheer me up after putting my stupid back out. What a winner.

Obviously these are chocolate flavour and they were excellent. The frosting was fluffy and delicious and not so dense with sugar that I wanted to collapse into a sugar coma afterwards. The sponge was delicious too and not in any way dry! 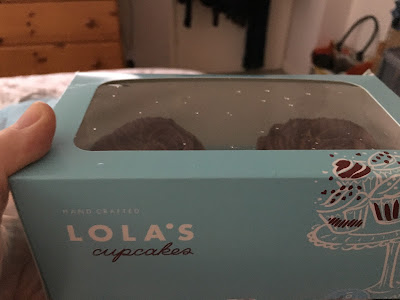 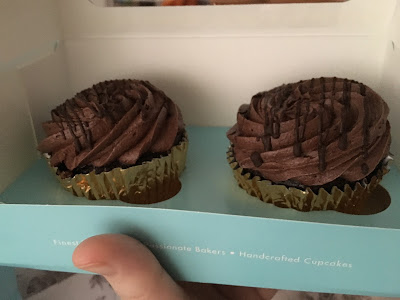 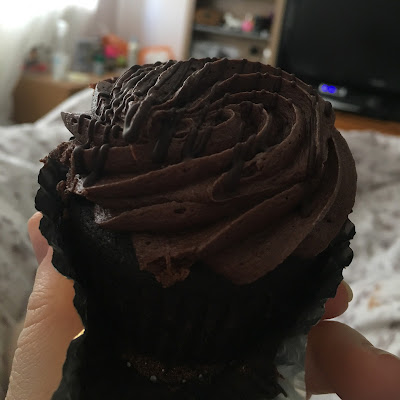 Then on Sunday, as my back was still out and Simon wasn't feeling great either, we were lazy and ordered pizza. We usually order from Pizza Hut but we decided to give Papa Johns a go after looking at their allergen menu. We are so glad we did because this kicked Pizza Hut's butt!

We got wedges and dips. All those dips are great, especially that garlic dip (there's 2 garlic dips, one is vegan and one isn't so check the allergen menu) - it is DIRTY! Dirty good though. 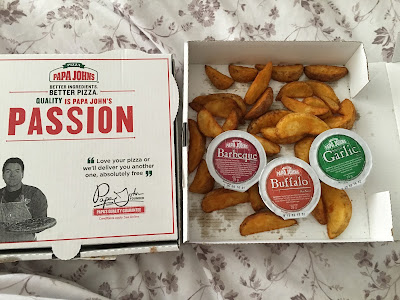 I got the regular veggie pizza and when it arrived we sprinkled on some grated violife and let it melt in the oven for a bit. I don't normally bother adding vegan cheese, but that day I was feeling it and it was SO GOOD! 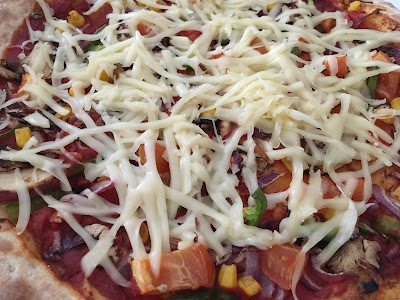 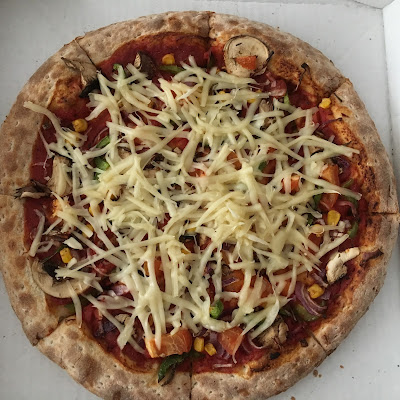 There was dessert too. The cinnamon bun things which do seem to be vegan from reading the allergen menu! These are basically croissanty shaped dough covered in a tonne of gooey cinnamon icing and they are dirty amazeballs. 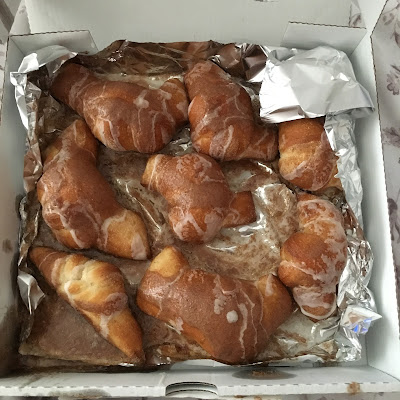 So that's that for some weekend eats.

Anyone going to the new Forest Vegan Fayre this weekend? If my back is up to it, I'll be there to sample some delights!