This week I've been trying to make stuff from my cookbooks. Monday I made the Punk Rock Chickpea Gravy from VwaV (that's in my last post though).

I own a lot of cookbooks but most of the time I don't bother with them and just end up winging it instead. But for some reason this week I've been feeling a bit uninspired so I've dragged out the cookbooks. I made a pot of Sarah Kramer's Bodacious Bean & Barley Soup last night to take over to my parents' house tonight, as they've not been well. But you don't need yet another pic of that!!

I ordered the PDF download of Joni Marie Newman's cookbook Cozy Inside. This is totally my kind of cookbook - all comfort food and the recipes all look amazing. Last night I made the meetloaf and I wasn't disappointed, it was delicious. I served it with white bean mash and lots of roasty veggies. Definitely looking forward to trying out some more recipes from this book.

Here it is out of the oven and cooled. I am not a TVP lover I must admit, because whenever I've used it before it's been a bit crap, but this recipe is awesome. I just made a half batch, because it's just me. Good thing I did though cuz I wouldn't have had enough TVP or ketchup for a full batch. 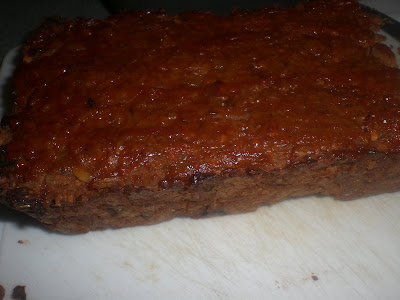 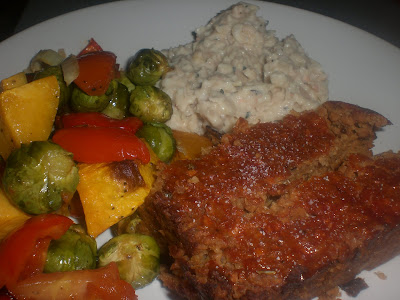 Tuesday I made the famous VegNews Mac N Cheese. It was as good as everyone says it is, although I think I would probably leave off the breadcrumbs and not bother baking it! The cheezy sauce is awesome. I didn't have any carrots though and subbed orange pepper, hahah but hey it worked! 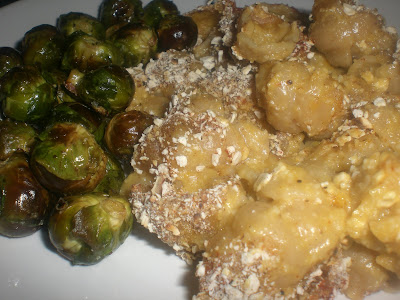 Cooking to: James Morrison - Songs For You Truths For Me (hella crap name but awesome album)

This pic is just cuz I found it on my camera, it was lunch on Tuesday. It's the quick pea soup I posted a while back, but this time I stirred in a big handful of rocket leaves before blending it. 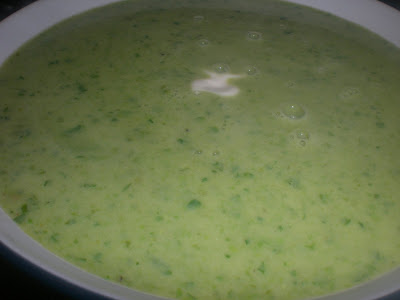 Can you believe it - this post contains NO DESSERTS!! I just haven't been in the mood to bake or eat them this week. Ohmigod, I might have to skate home tonight - hell just froze over!!
Posted by Sal - AlienOnToast at 09:23