Last time I didn't post any baked goods so today I thought I'd start off with one this time. I mentioned before that I'm moving soon so I'm trying to use up stuff in my freezer and not be wasteful and when digging through my freezer I found a punnet of blueberries and some okara that I froze. So I made some okara brownies and added the blueberries & a tsp of orange extract to them as well. I had to cook them for 45 minutes as well, because of the extra liquid the blueberries provide. That still wasn't really long enough though, they are very squidgy - but I kinda like 'em like that! 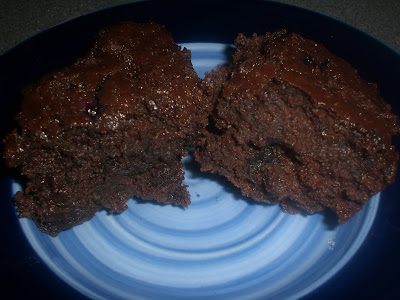 This was last night's dinner and I REALLY enjoyed it. Jessy's post about her butterbean burgers made me want beanburgers but I didn't have any butterbeans cooked. I did have cannellini beans though, so I used those instead and because I forgot to print off her recipe, ended up chucking in stuff till it tasted right. So I don't have an exact recipe but in there with the beans went a matzoh, some ketchup, fresh thyme, paprika, an onion and a yellow pepper. Also I didn't have any burger buns, so it went on a folded up deli-wrap (something else I found in my freezer hehe).

Here he is with reggae reggae ketchup (my new favourite thing) and pickles.... 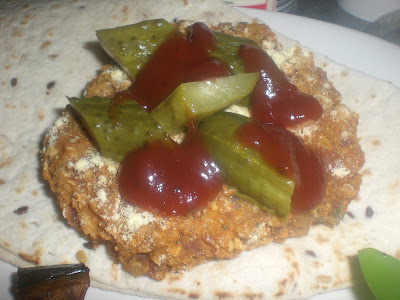 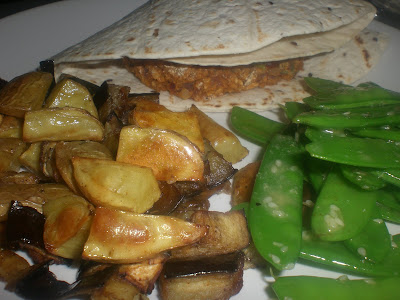 This was Monday's dinner. It was a quick curry I knocked up to try and use up some veggies that were in the fridge but I added a bit too much water and it is more like soup. But hey, I like soup so it's all good. This had the other half of some tofu I had over the weekend (found in the overly frosty depths of my freezer, of course!), aubergine, peas, rocket leaves, orange pepper and mushrooms. 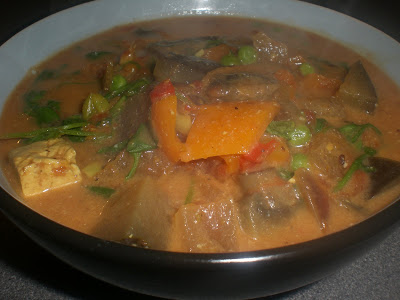 I cooked some chickpeas at the end of last week to make soup for mum & dad and I used some of what was left to make hummus. I added LOADS of lemon juice as I like it pretty tangy. 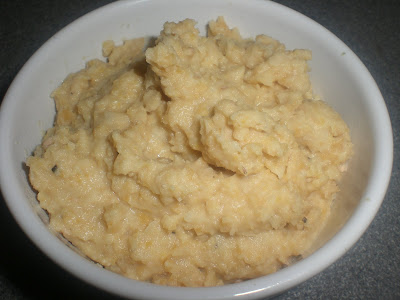 I had a few leftover chickpeas so I just sprayed them with cooking spray and shook in some cumin, paprika, salt, pepper & cayenne and baked them for 20 minutes along with dinner. They were a great snack. 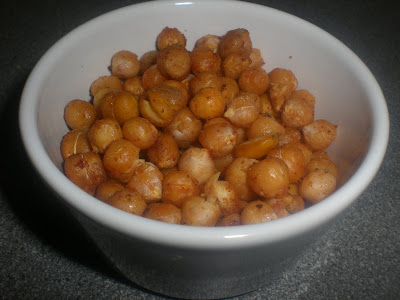 This was dinner one night over the weekend. Just some tofu (the first half of the defrosted tofu that went in the curry) baked with some barbecue sauce spread on it and roasty new potatoes - which were awesome. 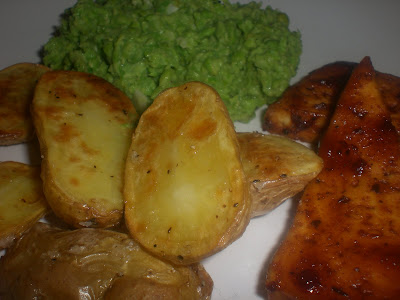 And this is a cake I'm working on - spiced apple with toffee sauce. I broke cake making commandment one - I overmixed and it was a wee bit tough. Plus I think there was too much liquid and it wasn't quite cooked enough - but as it was already a bit tough, this is probably a good thing. So the recipe is not ready to share yet but I think it's got potential. 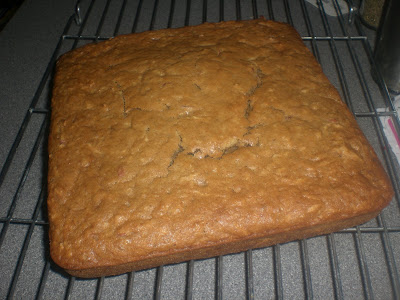 I googled for a while to find the type of caramel sauce I wanted for this and when I tried it, I just ended up with a watery oily mess. So I decided just to wing it and it worked perfectly. It tastes more like dark toffee than caramel, so that's what I'll be a callin it when I get the cake bit right. Watch this space. 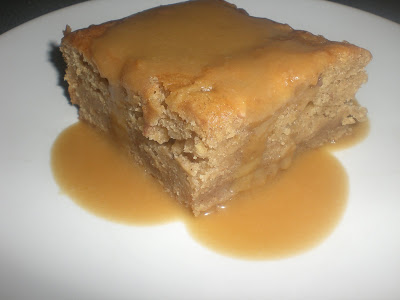 Oh and whoever stumbled upon my blog when they were trying to find out “how do u tell a alien how to make breakfast” - I hope you found some instructions!!