Good evening everyone. I thought I would do a little post on some of the food I have eaten this weekend! Starting with last night's dinner.

Thursday night was bonfire night in the UK and we usually have a barbecue and set off some fireworks in our garden to celebrate. However, it was rainy and crap, so bbq was out and a couple of bouts of ailments in the Alien house meant no one was really up for standing outside letting off fireworks.

But we had hotdogs anyway, we just cooked them inside. Daddy Alien and I had tofurky Italian sausages in ours. I fried up a tonne of onions in frylight cooking spray and smothered them with ketchup and mustard. The salad is the corn & edamame bean salad from Veganomicon, that I have made a billion times because everyone loves it so much. 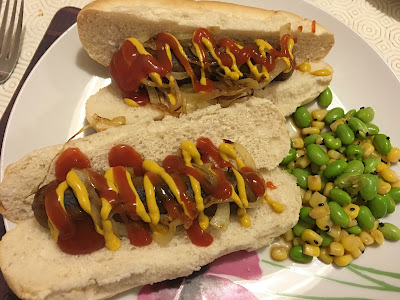 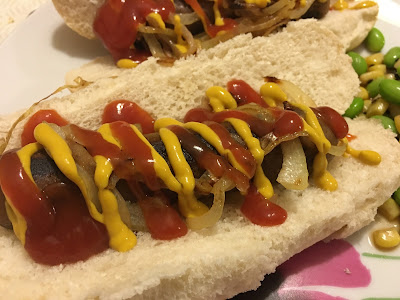 Today's lunch: pasta a la Sal! Frozen cauliflower, guys; it's my new hero ingredient. I wanted some pasta for lunch but being that there will be a wedding at some point in the future, I'm back on slimming world. So no cream, no cashews etc. So I steamed some frozen cauliflower and blended it with a bit of almond milk, a stock cube and a couple of tablespoons of nooch and it was brilliant! Not mac n cheese but yummy and creamy all the same. I added peas and baby kale for some greenness! 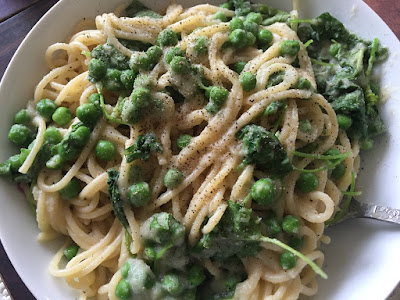 And we finished off the weekend with a roast dinner of sorts. Roast potatoes, roasted carrots & onions, peas and erm quorn burgers! Yeah they didn't really go that well, but it was still tasty! 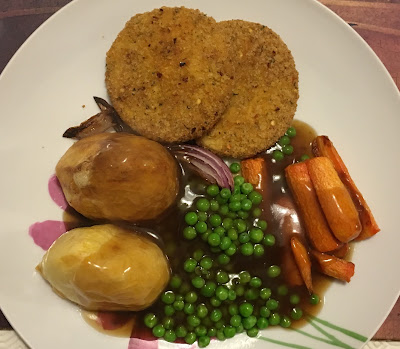 Yup, Simon found the new vegan quorn burgers for me, after making a special trip to Asda to look for them. He couldn't find the pieces, but hopefully we will soon.  I thought these were pretty good; the texture is pretty much exactly how I remember chickeny quorn things. It's been a while but I used to eat a lot of quorn when I was veggie. They were pretty spicey though, so if you're not a chili lover, avoid. 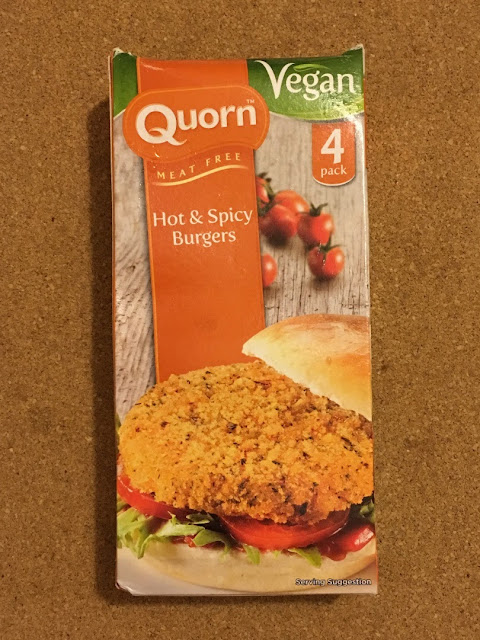 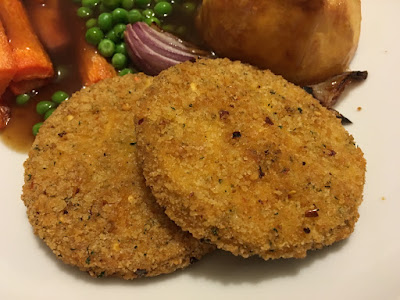 Enjoy what's left of your weekend everyone!