OK so this is the first full month I've been at my new job where I'm working less hours. Less hours = less cash. Add to that the incompetence (big shocker) of the HMRC who gave me the wrong tax code and I'm down a fair whack this month.

SO... I'm putting myself on a 'no-buy' during the whole of March. That means I won't be buying any makeup, skincare, hair products. Only essentials such as toothpaste or shower gel if we run out (we won't), as I already have drawers full of the other stuff. I even have a few backup deodorants so I'm good.

Also, it's the first day of March (no shit, Sal?) and I realised that I would normally do a favourites post this time of the month. I thought about doing a video instead but I realised that I don't really have anything to talk about this month. I have a few new products I bought in February but none that I've really used for long enough for it to become a favourite yet. Maybe next month!  Also, I've not really used anything different, my makeup's been a bit samey samey recently (a couple of boughts of sickness in Feb are mainly to blame for that).

So much like my school report card, my makeup motto for March is 'must do better'.

If you're subscribed to my youtube channel, then a weekend vlog will be going up this week at some point and if not the link is over there... to your right!

I might also try and film and edit a makeup vid. No idea what kind of makeup yet, I'll probably just wing something fun and hope it doesn't turn out too clowny! haha

A food post will be up at the end of the week this week too.

Sorry for the boring post - see ya later in the week! 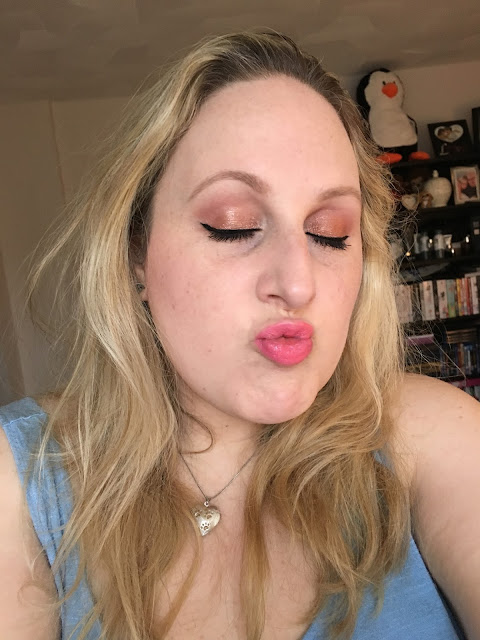