I recently was contacted by a company called Nutriseed, asking if I'd like some try out some of their raw vegan goodies and it came at the perfect time for me, when I'm trying to eat a bit healthier and eat less processed food. Also no one ever sends me free stuff so I was of course going to say yes.

Now you guys know that I'm not a health blogger, by any stretch of the imagination and I never will be. However, I am getting a bit older, a bit wider and some old stomach issues are starting to raise their ugly head again! I can't eat the way I used to when I was younger, so some changes have to be made and some new recipes learned. I am hoping this gives me the little kick I need to dig out some of my healthier cook books and explore some new recipes.

Anyway, a bit about the company, here is Nutriseed's Website; as soon as you go on the site, you get a pop up to sign up for a 10% discount on your first order. 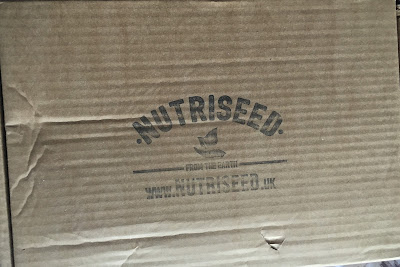 Everything is raw and unprocessed and pretty sure everything is vegan too. They have a recipe section too, which looks to be member submitted so it's not 100% vegan recipes, but there are some on there.

They have a LOT of choice, from seeds and protein powders and teas, to raw butters and green powders! Things I've pretty much only seen on healthy youtuber's videos hehe. Things that peak my interest for sure.

When I decided to start trying to add some better ingredients into my diet, I went to about 6 different shops to get things like maca powder, hemp seeds, raw cacao... etc. You can find all this stuff in one place here and get it all sent in a funky box like this: 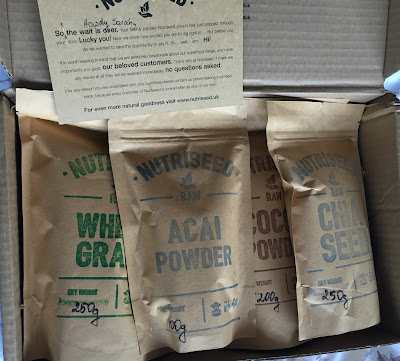 So firstly, I'm going to tell you what they sent me and the cost of each in comparison to these items from other retailers, cuz I know you're asking yourself, "is it worth it?", at least I know I was.

Chia Seeds
250g will cost you £3.49 from Nutriseed. I bought mine from Holland and Barrett and they cost me about £2.50 for 100g and I've seen some ridiculous prices on other brands of chia seeds! 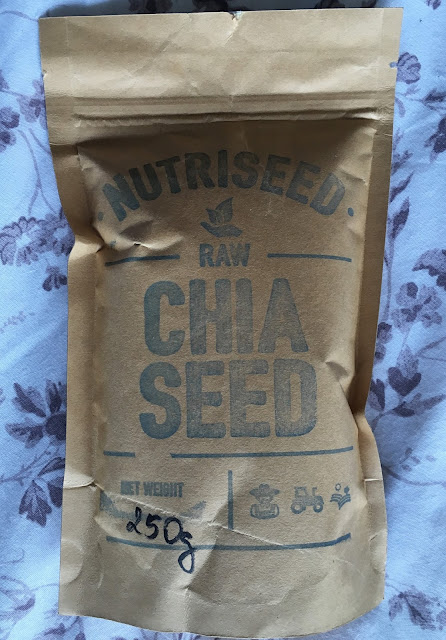 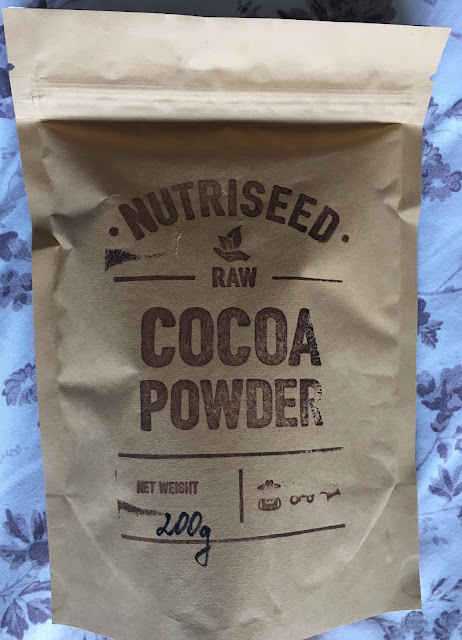 Wheatgrass Powder
250g is £4.99 on Nutriseed, and the average price on amazon for this much was about £8-9. 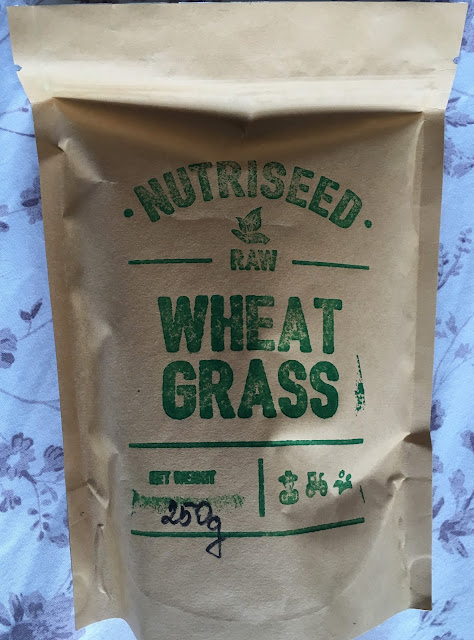 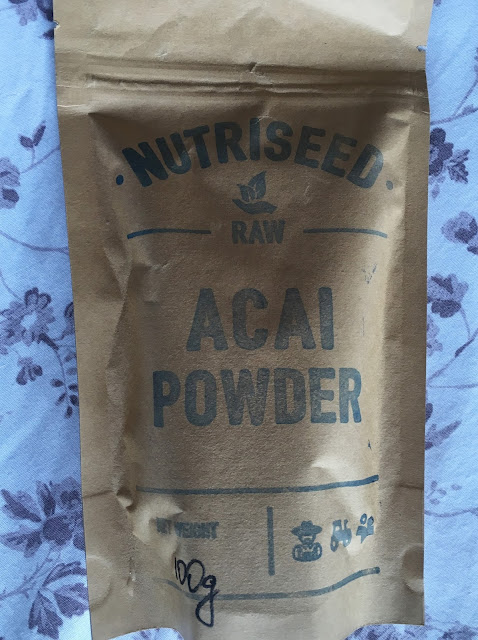 So price wise, as someone who d'm oesn't really have a clue how much these types of things cost, a quick comparison with H&B or Amazon (just of the items they sent me) shows that the Nutriseed prices are better overall. Also, I love that you can get everything in a one-stop shop and there's a lot of choice.

I am a bit daunted by a couple of things... not so much with the chia seeds and cocoa powder, I'm already a fan of those in smoothies and puddings etc. and I have already used the chia seeds in some granola this week. Next up I'm going to try making some chocolate chia pudding, as I've only ever had store bought before.

However, the Acai powder, I really know nothing about and the Wheatgrass just keeps conjuring up images of that Sex and the City episode where Samantha makes her man take wheatgrass shots to make him 'taste better' shall we say. Bahahaha. But I'm game to try.  I'll probably try both those powders in smoothies to start with or muffins - anyone have any suggestions for me?

Big thank you to Nutriseed for the loot and hope everyone has an awesome weekend.