wtf is that weird looking shit?

I was in waitrose yesterday (which I normally don't go in cuz it's too chuffin expensive!) and I saw these crazy looking suckas and had to have them. 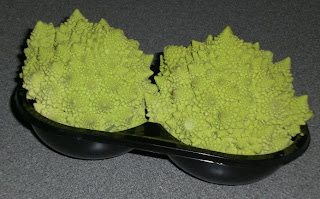 They are called Romanesco - I didn't even know what they were but a google search confirmed they were part of the cauliflower family so I steamed them till they were just cooked, but still nice and firm, smothered them in vegan 'cheese' sauce and served with some baked tofu that was super yum. It was a really really good meal and I'm glad there were two in the packet, but now I have to think of something to do with the other one!! 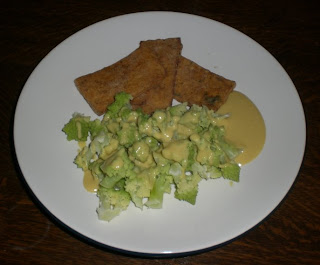