Thanks for your well wishes on my last post everyone. Not long after I wrote that, my dad picked me up and I spent 5 days mongin out on his couch. I was an absolute state - I looked like a zombie. I tell ya, if Sam & Dean saw me, they'd wanna hunt me!

I got home on Tuesday evening and about all I could manage to cook for lunch was some mushy peas on potato waffles. Tasty but rubbish. By dinner time I managed to get up the will to cook something better and I made some enchiladas and a nice cherry tomato salsa. I didn't have any beans so I used some tinned potatoes and they were really rad!! 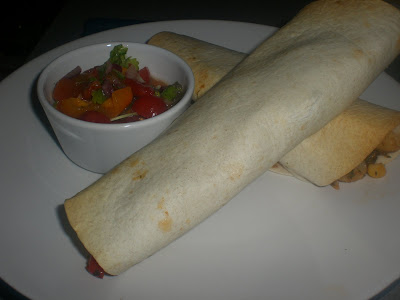 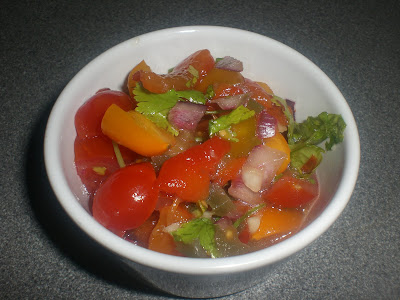 Then I made some muffins - these are just my basic banana & PB muffins but with 5 round tbsp of chunky peanut (instead of 3) and I also threw in half a pack of Dr Oetker dark chocolate chips (about 1/3 cup). They are sooooo good! 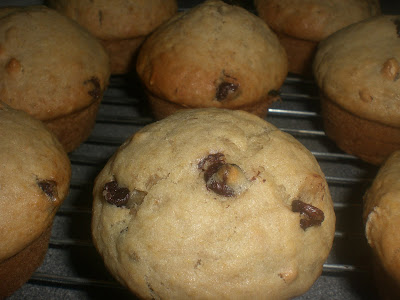 I experimented with my Soy Quick to make some nut milk cuz I didn't have any soybeans soaked. I poured boiling water over about a cup of skinned almonds and about 1/2 cup of raw cashews (both of which I pulsed up in a food processor) then after an hour, I put them in the soy quick with 3 tbsp of oats and a couple of tbsp of brown rice. The flavour was good! But I ran the machine 3 times and it still didn't crunch it all up and the milk was watery. So I emptied the pulp into the milk and used my stick blender to blend it all up. Then I strained it twice and had a glass with a muffin. I started to strain it through muslin but it was taking wayyy too long.

The texture's not really smooth enough to drink, but it's ok for baking (I used some in the muffins) and I'm keeping the pulp because I'm thinking I might add it to a batch of soap at the weekend - I haven't made soap in aaaaages! (haha look - that's Nigella in the background - love her!!) 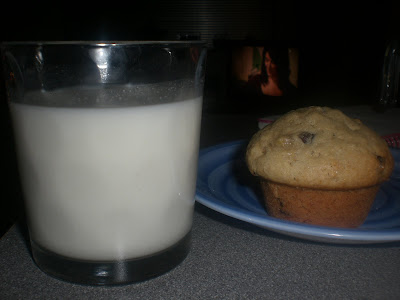 Today's dinner was the Bodacious Barley & Bean Soup from the Garden of Vegan. I think I described this as the best soup ever last time - I stand by that, it's SO. FREAKING. GOOD!!! 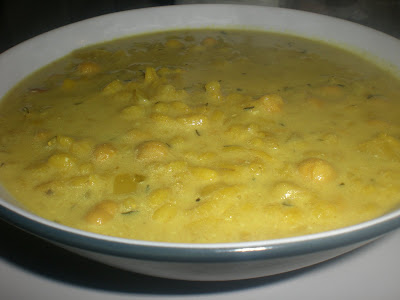 I also made some more soda bread, to go with the soup. I swapped the white flour for spelt and I think I've cracked it this time, so I've included the recipe. Here it is, fresh out the oven with some margarine on! YUM! 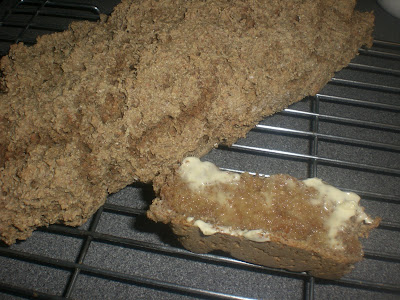 Spelt & Rye Soda Bread
Ingredients:
250ml/1 cup unsweetened non-dairy milk
1 tsp white wine (or apple cider) vinegar
240g/1½ cups rye flour
160g/1 cup spelt flour
1 tsp baking powder
½ tsp baking soda
½ tsp salt
Method:
Preheat the oven to 200°C/400°F/Gas 6.
Whisk together the milk and vinegar and set aside. Mix together all the dry ingredients, then pour in the milk mixture and stir until fully combined.
Don't be alarmed that it is a mega wet & sticky dough, it's supposed to be. At this point, throw it into a greased loaf or cake tin and spread out, or do like I did: lop it out onto a lightly greased cookie sheet and shape it as best you can. 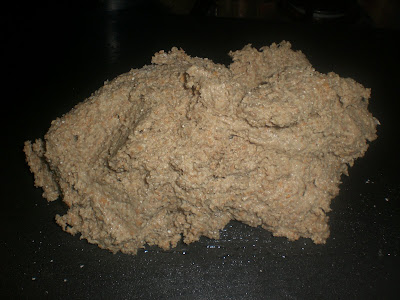 Then bake it for around 30 minutes until it sounds hollow when you rap the bottom of the loaf.Transfer to a wire rack and leave to cool until you can't stand it any longer and have to cut a piece off (in my case about 20 seconds!!).

Here's one of the overall thing - to give you an idea of the messy shape I made it! 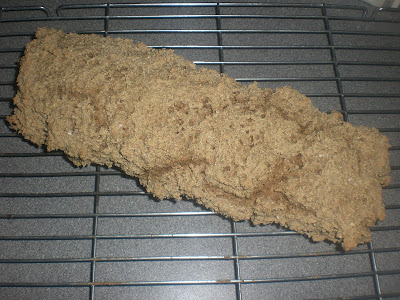 Cooking to: REM - Out of Time
Yesterday I went back to work and I still wasn't feeling 100% right. I had to go to the supermarket on the way home and I wanted something quick and I found curly fries in the freezer section. YAY! I love me some curly fries, I haven't had them in AGES! Well it was either those or potato smileys - which I very nearly bought instead! :)

I had them with some baked tofu and some cherry tomatoes macerated in balsamic vinegar. YUM. 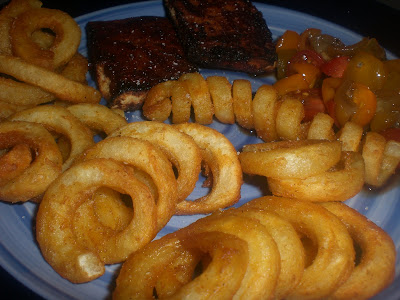 Oh and off topic but Liono Lewis - cock off!! OK she has a good voice and she deserved to win the x-factor that year blah blah blah, but I hate all the songs she's released since, they're so annoying. And now she has covered Snow Patrol's Run. Run is one of my favourite songs and a song that almost brought me to tears when I heard it live because it was so beautiful. Well Liono has ruined it by turning it into a whiny whingy wowling piece of pop crap. Along with that and the piece of crap song that won this year's x factor - it makes me wish for the days when Take That & Mr Blobby were vying for the christmas no 1! /rant.
Posted by Sal - AlienOnToast at 19:46