A couple of weeks ago I was very jammy and got invited to go see an advanced screening of Cuban Fury in London, the day before it came out (a friend from salsa class won the tickets; there was a raffle at our class, as the guy who choreographed the movie was there teaching us a bit of the routine from the film - very fun!  Anyway I spent the day in Soho as that's where it was and Soho is a good day out.

First thing I did was go get bubble tea from Bubbleology. My friend Kip introduced me to bubble tea a couple of years ago and I can't walk by that place without getting one now. This is Taro flavoured, it kind of tastes like cookies! So good.  I also went back to the chinese/thai vegan buffet place that I posted about in my last post, but the pic is basically the same as last time. (It's called Tao by the way if anyone's in that area; it's on Great Windmill Street and it's super cheap and awesome! Everything's vegan on the buffet, they do serve dairy ice cream though apparently. 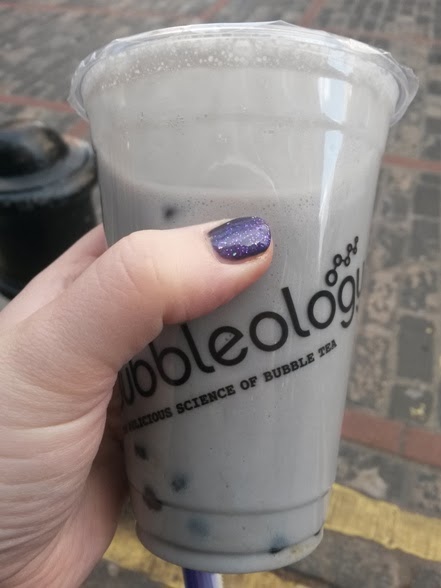 Then because I'm a nice sister, I made a cake for when my Bro & Sister-in-Law came to dinner. This is the vegan cupcakes take over the world basic chocolate recipe x 1.5 and baked for half an hour in 2 sandwich tins.  I also tweaked the recipe and used coconut milk instead of soy and added 1 tsp coconut extract, 1/2  a cup of dessicated coconut and a tin of cherries chopped up (less enough to decorate the top with that I didn't do in the end!)  The icing is the one from Nigella's Devils' Food Cake Recipe - I just replaced the butter with vitalite. The chocolate I used was a bit bitter (it's all my local shop had) but I really like this recipe.  It's way less sweet than buttercream, which I like but it's so sickly.


V for Vaygun! (My brother is rude) 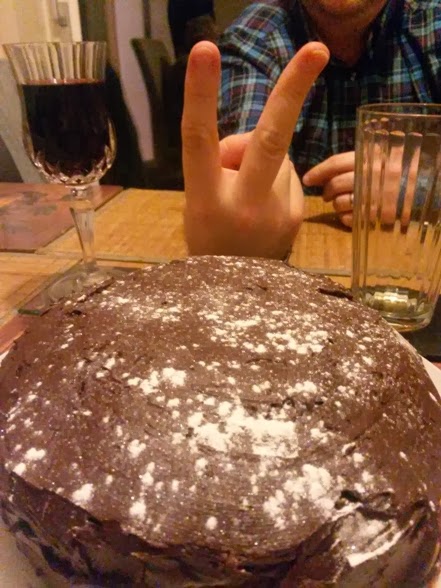 SOUP! I love soup when the weather is crap and with the exception of today, the weather's been pretty crap.  This is a recipe I've posted on here before and I love it with crusty bread. 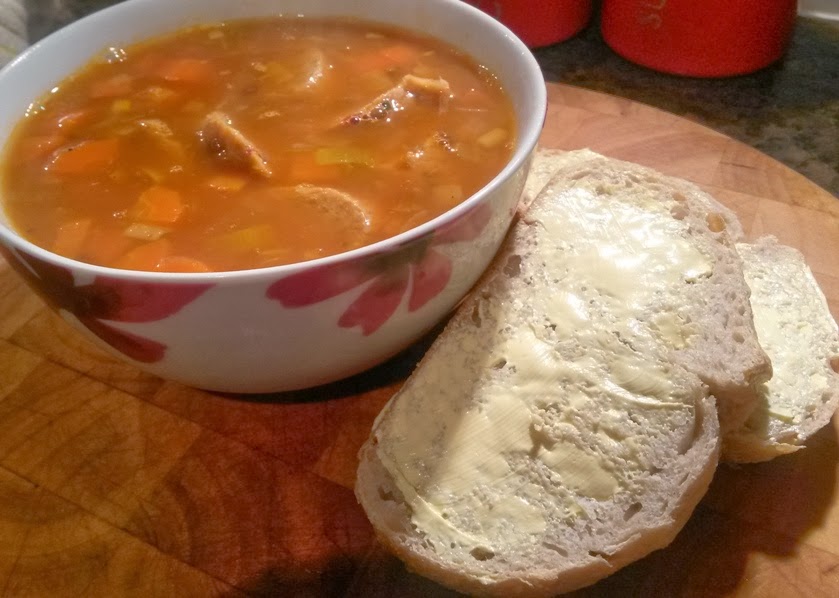 The other week I went to meet a friend I met on holiday last year in her home town and the first night we were pretty drunk so I probably couldn't have worked my phone to take a pic of the food, even if I had remembered. But I got pics of the next day's lunch. We went for thai food!


I started with Tom Yum soup. This was SOOOOO spicy, totally cleared my nose out! hahaha. It was great. 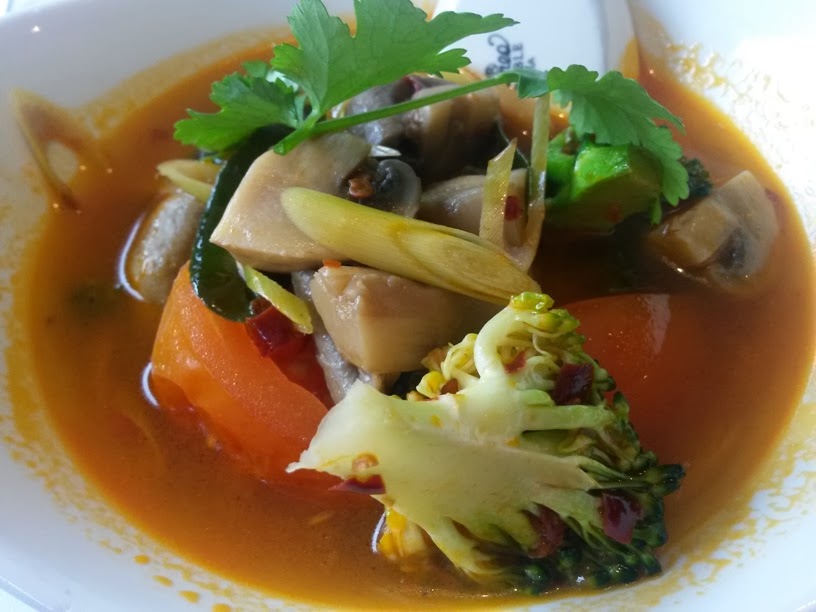 Then a thai red curry with steamed rice.  Loads of veg and lovely sauce, I really enjoyed this. (As with all Thai restaurants, just be sure to ask them to not put in any fish sauce, as they tend to put it in everything, even if it's marked vegetarian!) 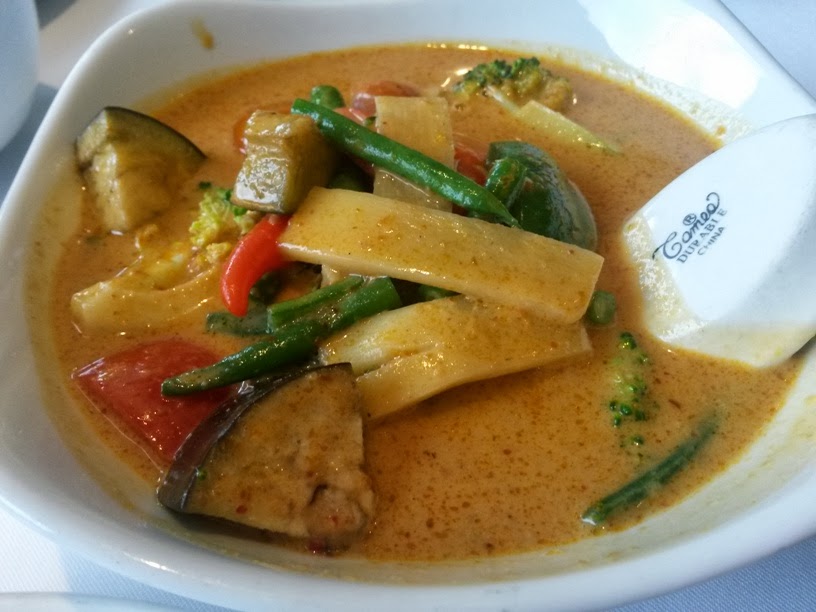 Last weekend was my friend's birthday, so I offered to bring dessert as she was cooking dinner. I made the peanut butter criss-crosses from vegan cookies invade your cookie jar and to be honest they were a bit of a fail.  The recipe calls for 2 tablespoons of molasses. I only put in one but it totally overpowered everything (maybe UK molasses is different??) so I added more PB and it was better. But I burnt the first batch. DAMMIT!  The second batch was a bit better. I sandwiched them with vanilla buttercream.

So because I felt bad about the crappy sangers, I made a cake too.  I was totally winging this, just chucked some stuff in and hoped for the best. It was some leftover coconut milk and lemon juice/zest that I used for the wet ingredients. I was kinda going off the lemon coconut bundt recipe in veconomicon but I was too lazy to get out the book. I also baked it in a loaf tin. It was a bit dense but surprisingly nice!  haha. I drizzled the top with a simple glaze of lemon juice and icing sugar. 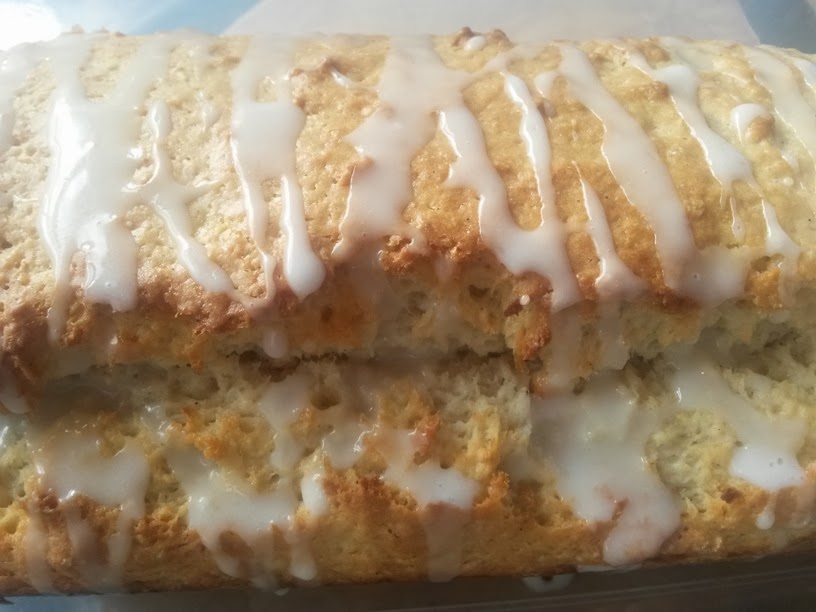 And just to prove that even cute kitties take bad photos (just like their owners!), look at this stupid photo of Jazzy. BAAAHAHAHAHAHAH. It cracks me up. Snaggletoof!  haha. 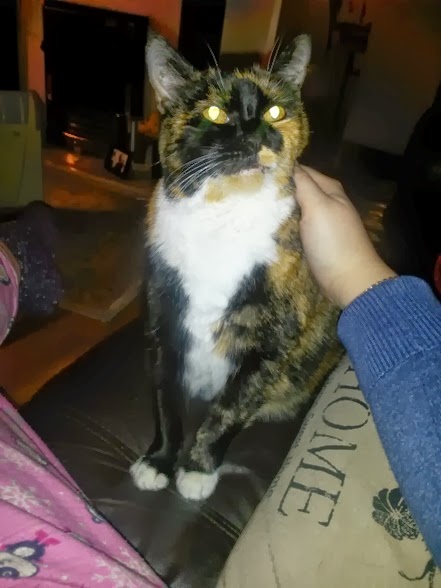