There's a new budget makeup brand on the market, founded I believe by the same guy that was originally behind MUA.  So when I heard about this I was super excited and went straight to their website the day it launched to check out veganness etc.

Their testing policy is a little vague so I wrote to them to check this. Also, a lot of the products looked vegan aside from a few with beeswax and one with carmine, so I also checked that; here is their response:

I asked the usual questions about finished product, ingredients and 3rd parties and whether the items that look vegan actually are and they said:

"Hi Sal absolutely we do not test, or any third party, test on animals

We do not claim to be Vegan Friendly - however you are right - most of our products are - the obvious ones aren't"
I also asked about whether they will sell in mainland China (or any country requiring mandatory animal testing) and they said:

"No we won’t do that. Makeup Revolution will not supply a market that insists on animal testing."

They also added that they would clarify the vegan products in the next few weeks so if I hear more, I'll keep you posted!

So yay, all good news!  So I did a search through the product ingredients lists and here is a list of the ones you will want to avoid if you're vegan, as they contain either beeswax or carmine.  (When you're checking for these ingredients, as well as looking for beeswax and carmine, check for their chemical names which are "Cera Alba & "CI 75470" respectively.)

Makeup Revolution products that list beeswax or carmine in their ingredients list:
Awesome Eye Metals
The One Concealer
Lipstick: Glossy
Lipstick: Vamp Collection
Wanded Lipgloss
Cream Blusher
Eye Primer
Eye Dust (says =/- carmine so some shades may be ok, you'd have to email them to confirm)

So as you can see that's really not that many products out of a pretty huge catalogue. The mascaras appear vegan and liners and all the eyeshadow palettes, some of the lipsticks... Lots of choice!  The only thing I'm slightly bummed about is the Eye Metals as they look to be a dupe of the Stila Magnificent Metals.

Let's start off with a couple of basics, foundation and concealer. I got The ONE Foundation and their Liquid Concealer (as the other concealer has beeswax in). I won't bother swatching these but I'll try them out this week and let you know what I think. 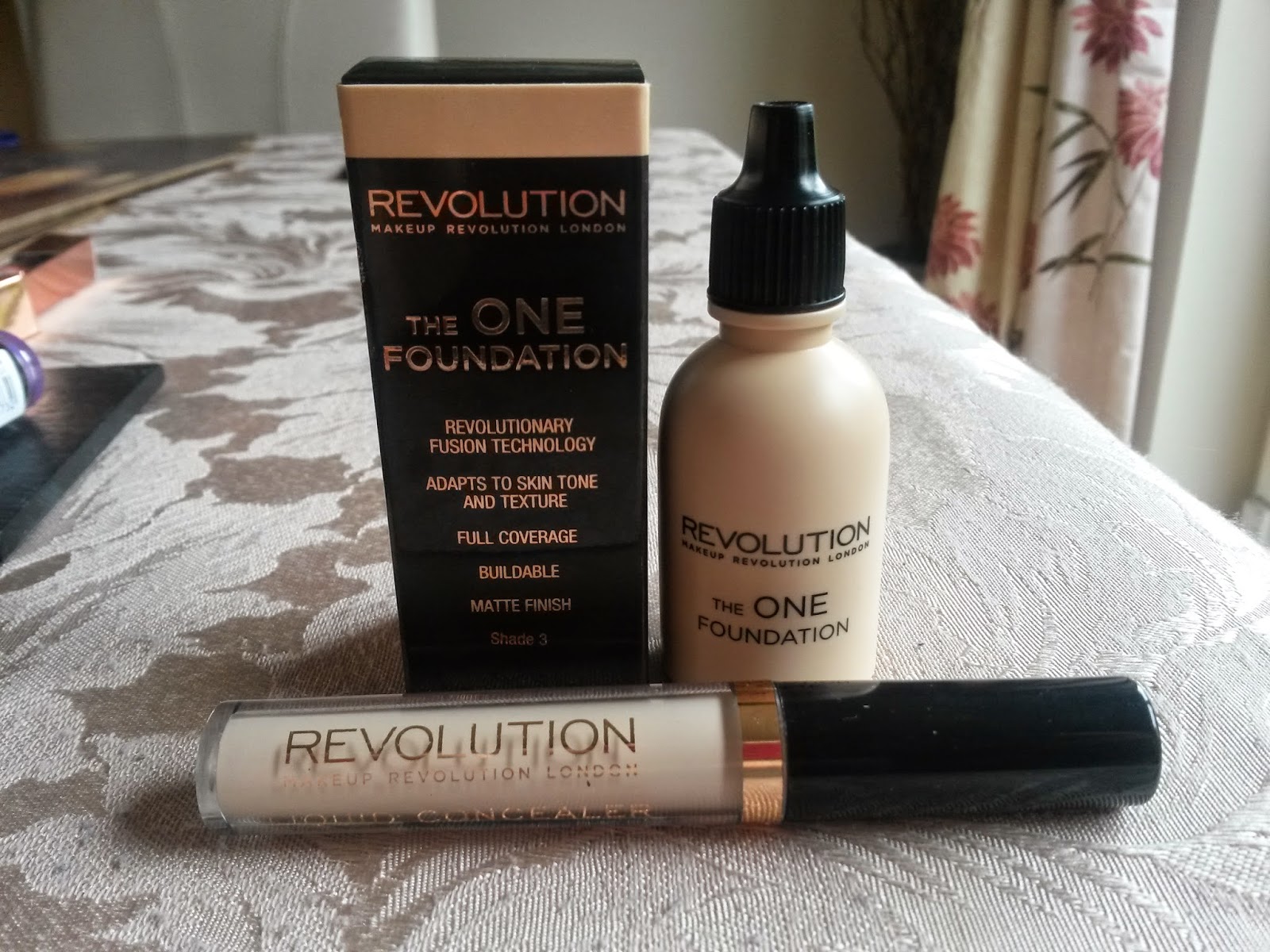 Then I got the Vivid Baked Highlighter in Golden Lights. When I first swatched it I was almost singing HOW GORGEOUS!! So shiny and shimmery. However, it's a little tooo gold for my very fair skin. It's gorgeous as an eyeshadow and I think it will look stunning on deeper skin tones. It's super shiny and very pigmented. When I swatched it, it felt really dry but it's not crumbly or powdery at all. I'm definitely going to try some other colours to try and find a better fit for my skin tone. 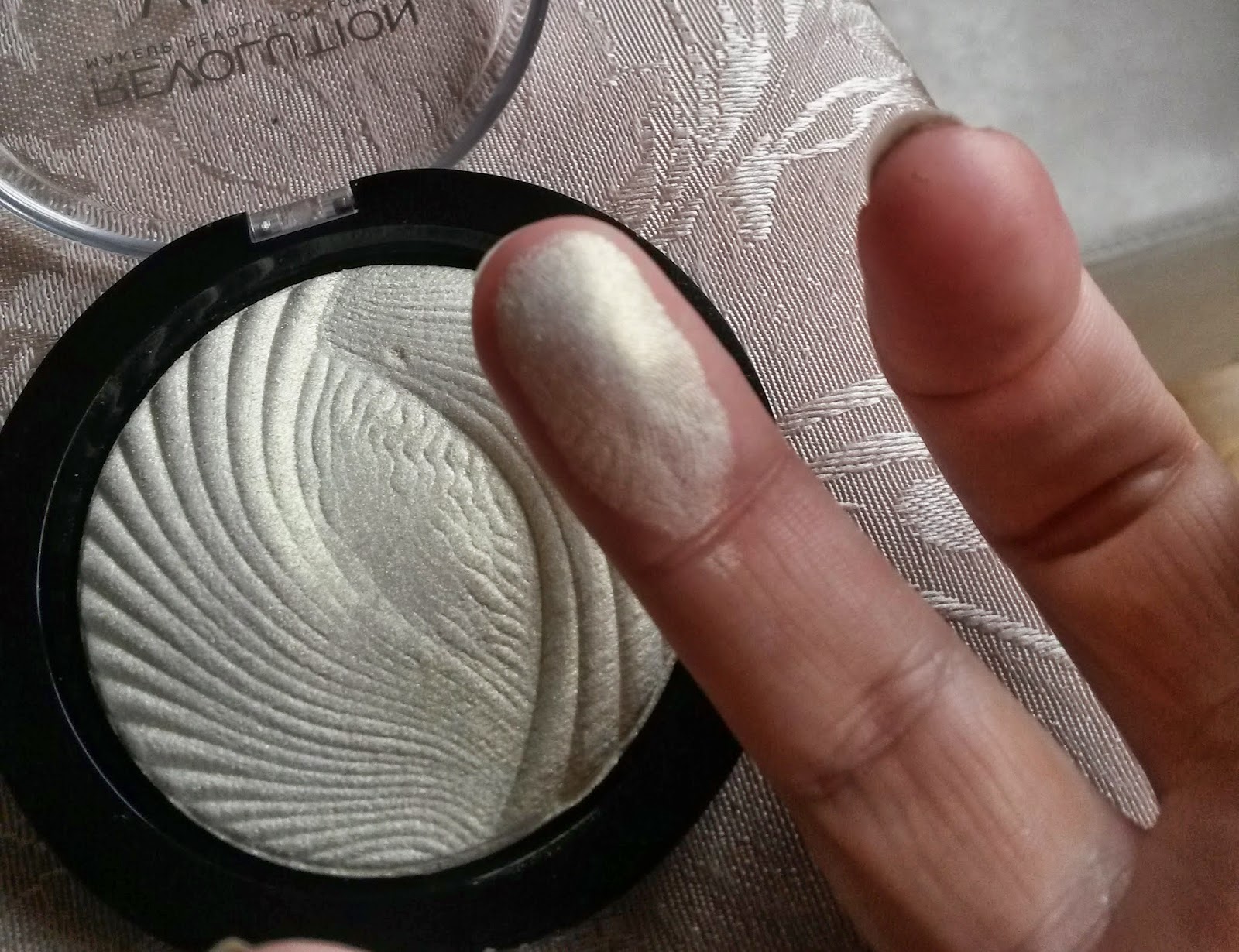 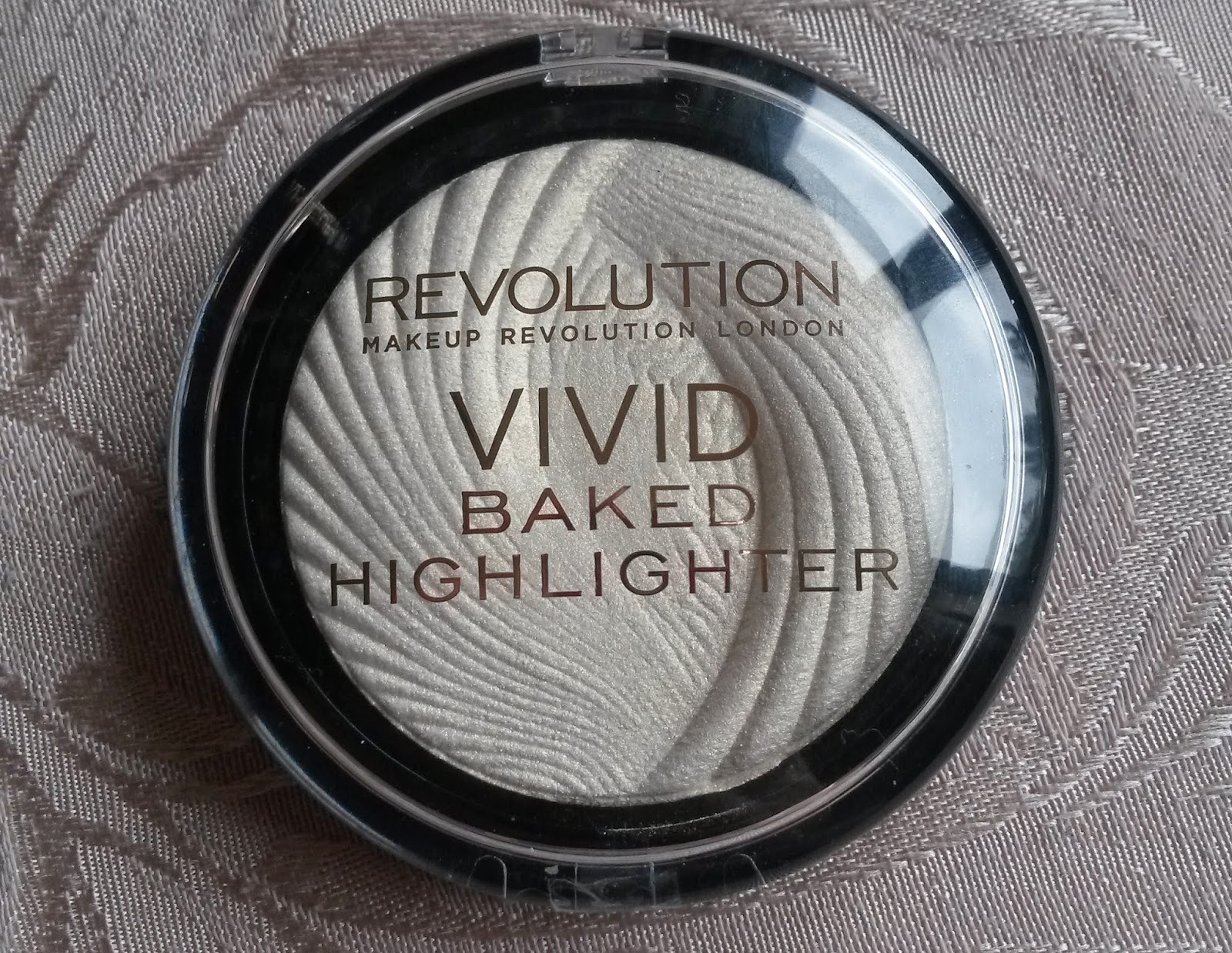 As you can see above, some of the lipsticks have beeswax in but some look. So I got 2 from the Scandalous Collection. These are quite sheer but they feel quite nice and not drying.  I got shades Crime (the pink) and Depraved (the purple). 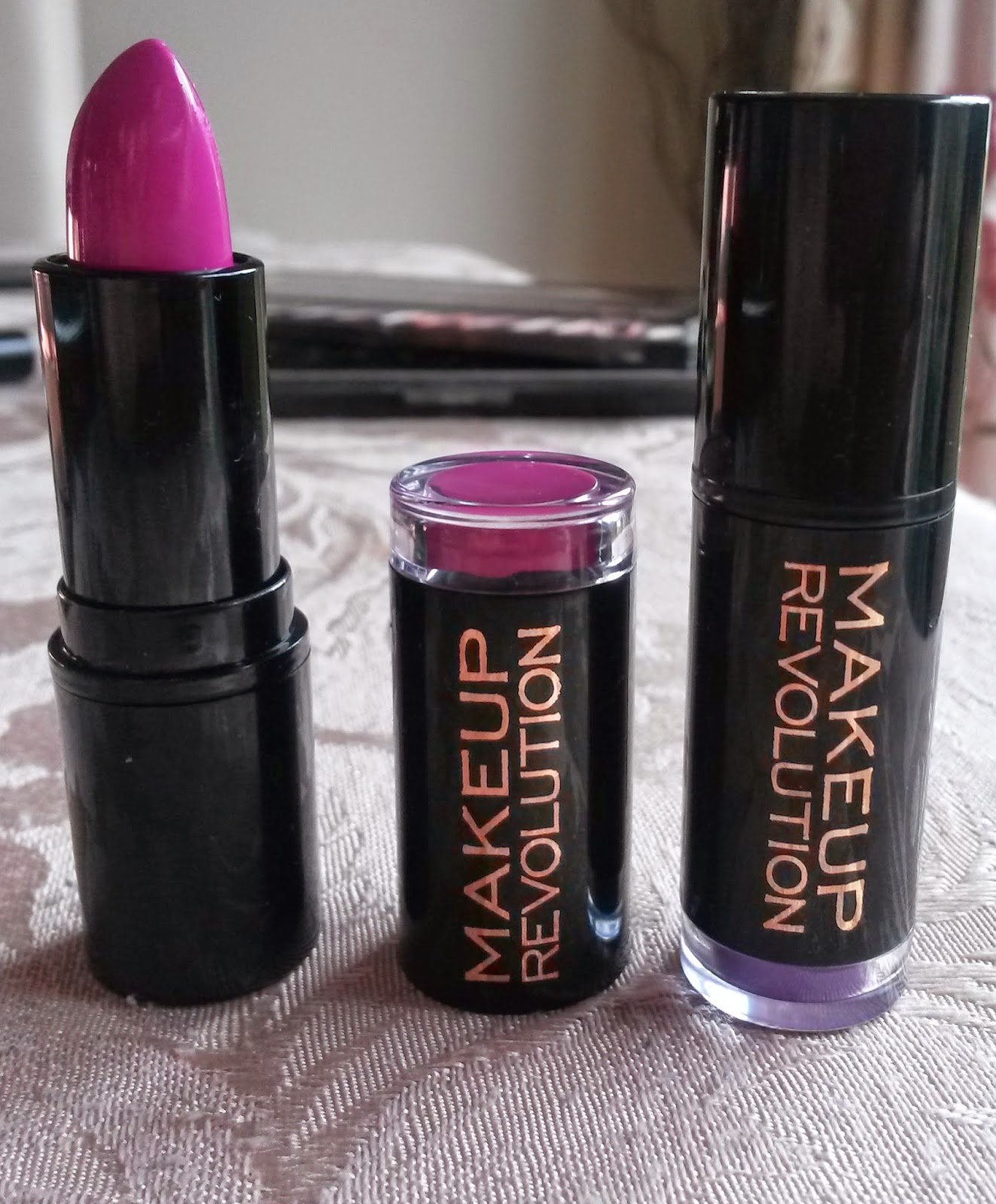 The only gripe about these so far is the lid on Depraved is pretty loose and the whole bullet is kind of rattly. But for £1 I really can't complain about that! £1!! 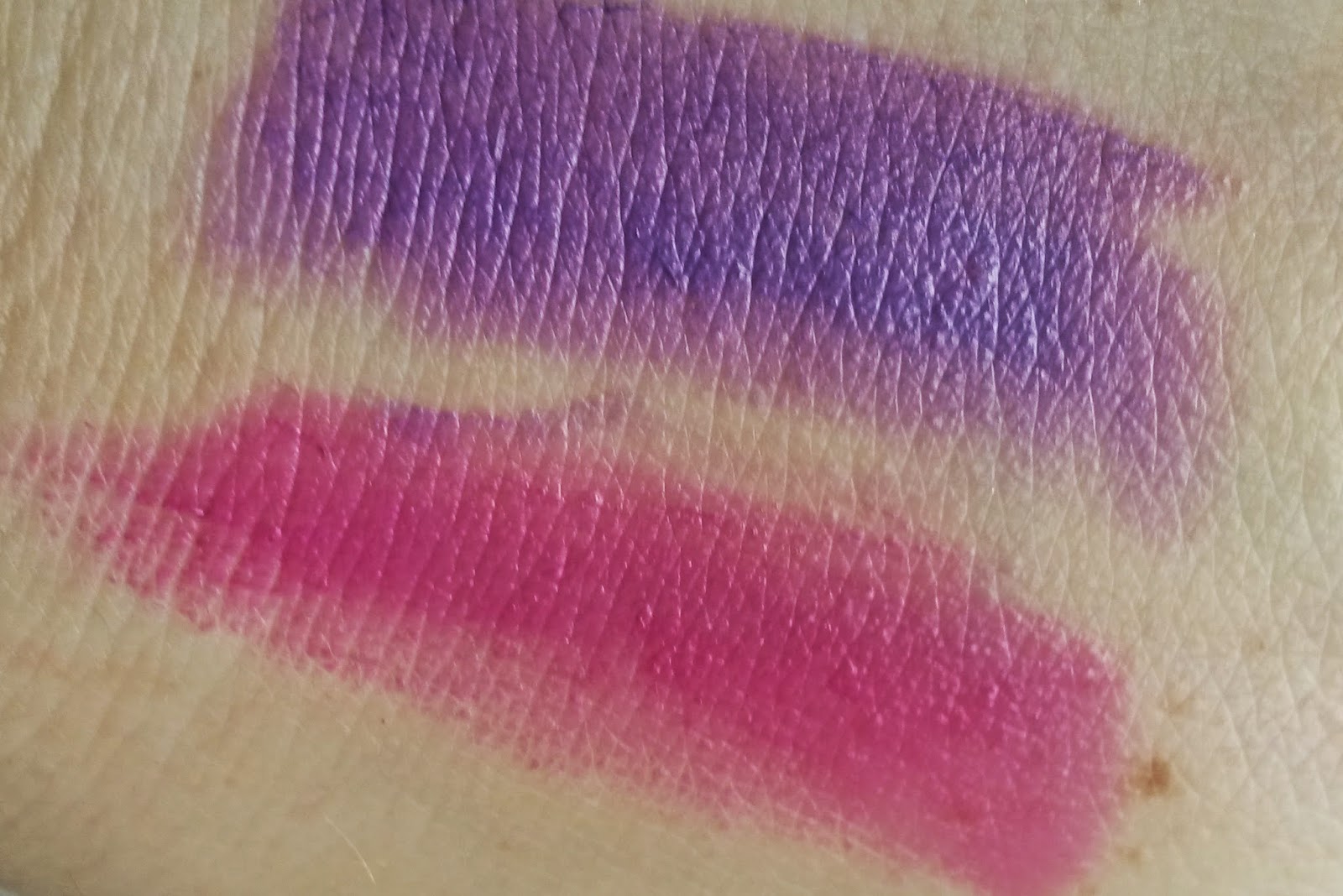 These where what I'm pretty excited about: Lip Laqcuers. They're a liquid lipstick that dries matte, so I'm hoping they're something along the lines of the Limecrime Velvetines that I love, but in more wearable shades as well as brights.  I'm excited to try these out. 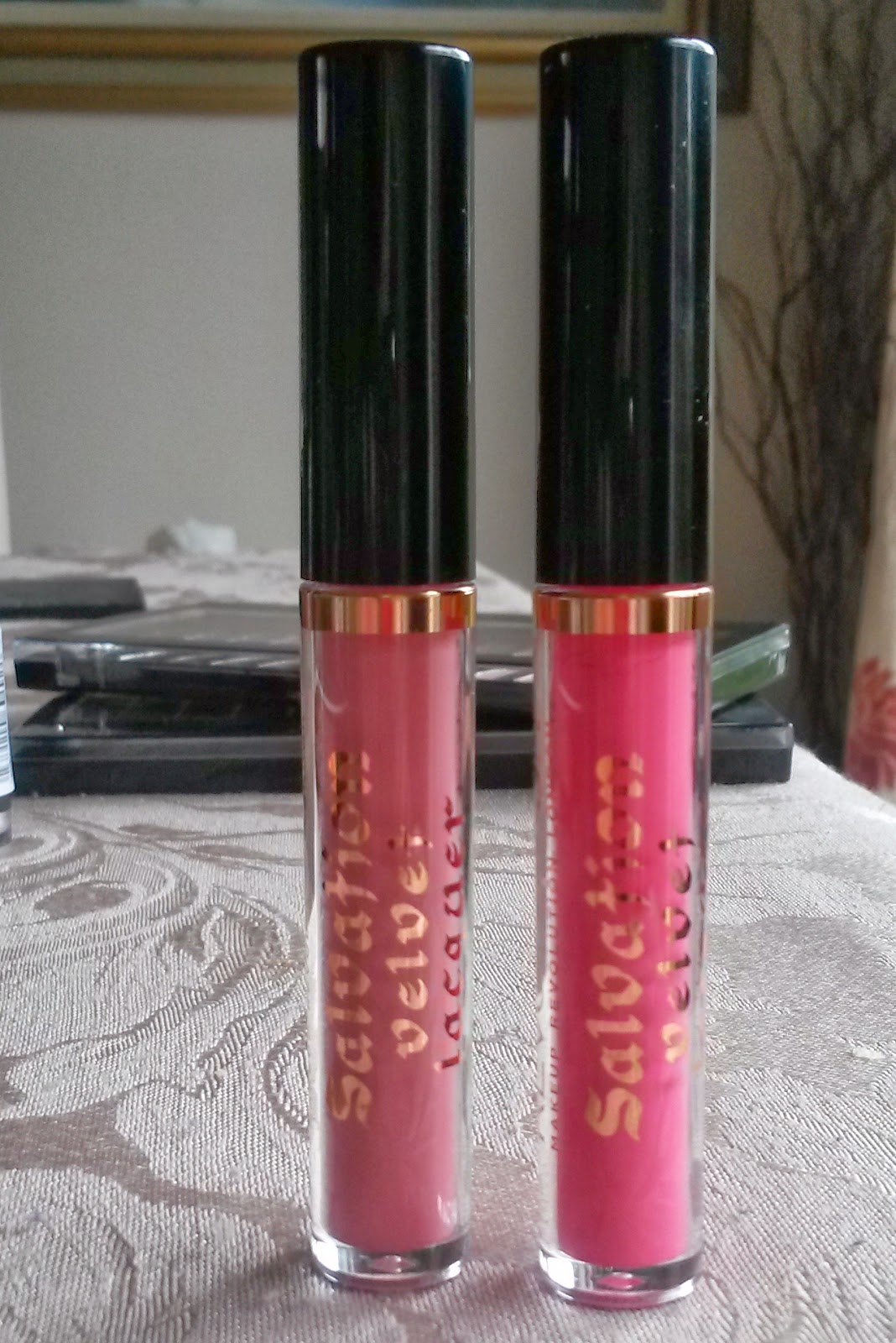 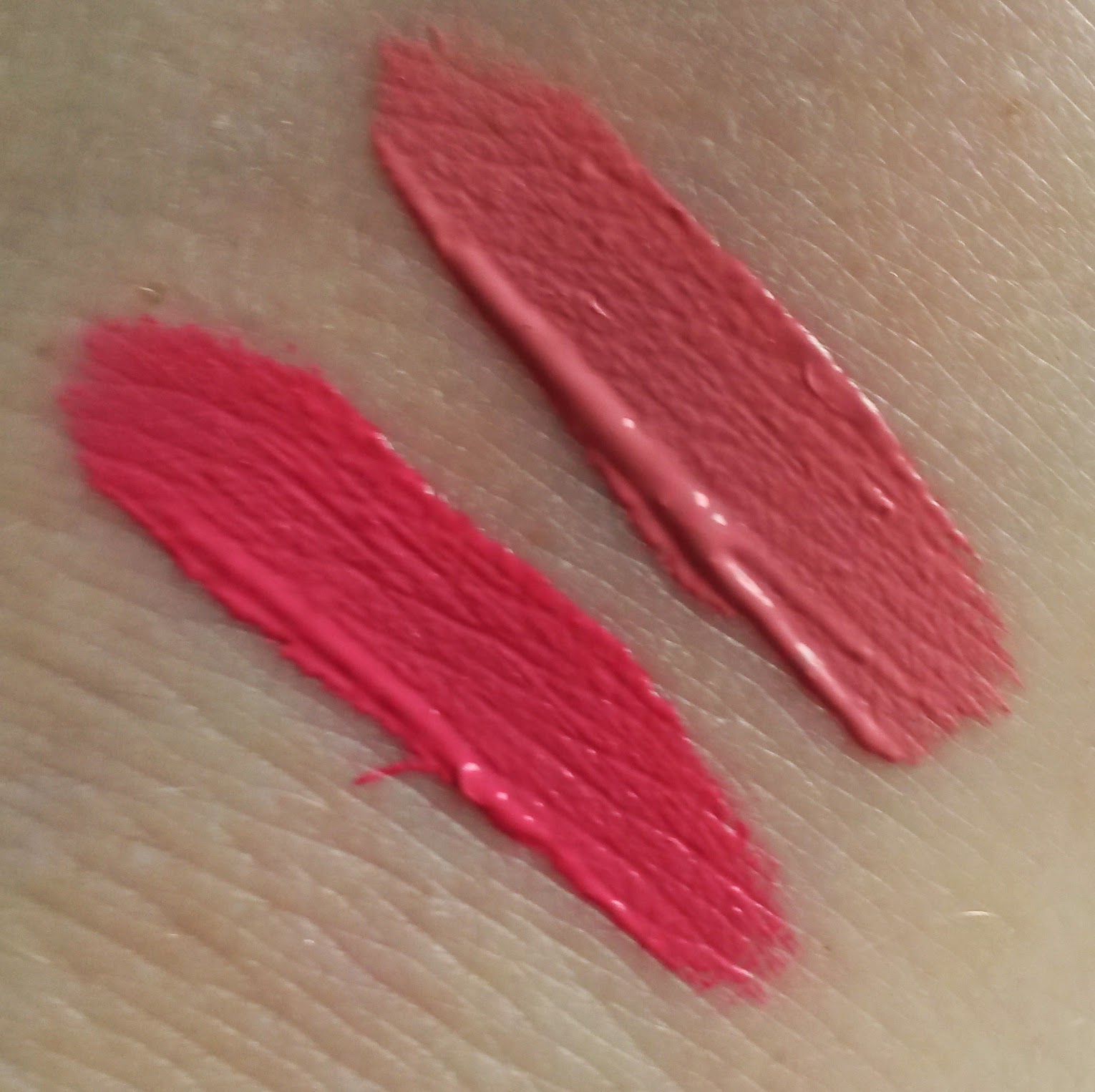 This was the hardest to get a swatch of, it's one of the Amazing Care Lipsticks. Basically it's lipstick surrounded by a balm. So it's super moisturising but the colour is very sheer. 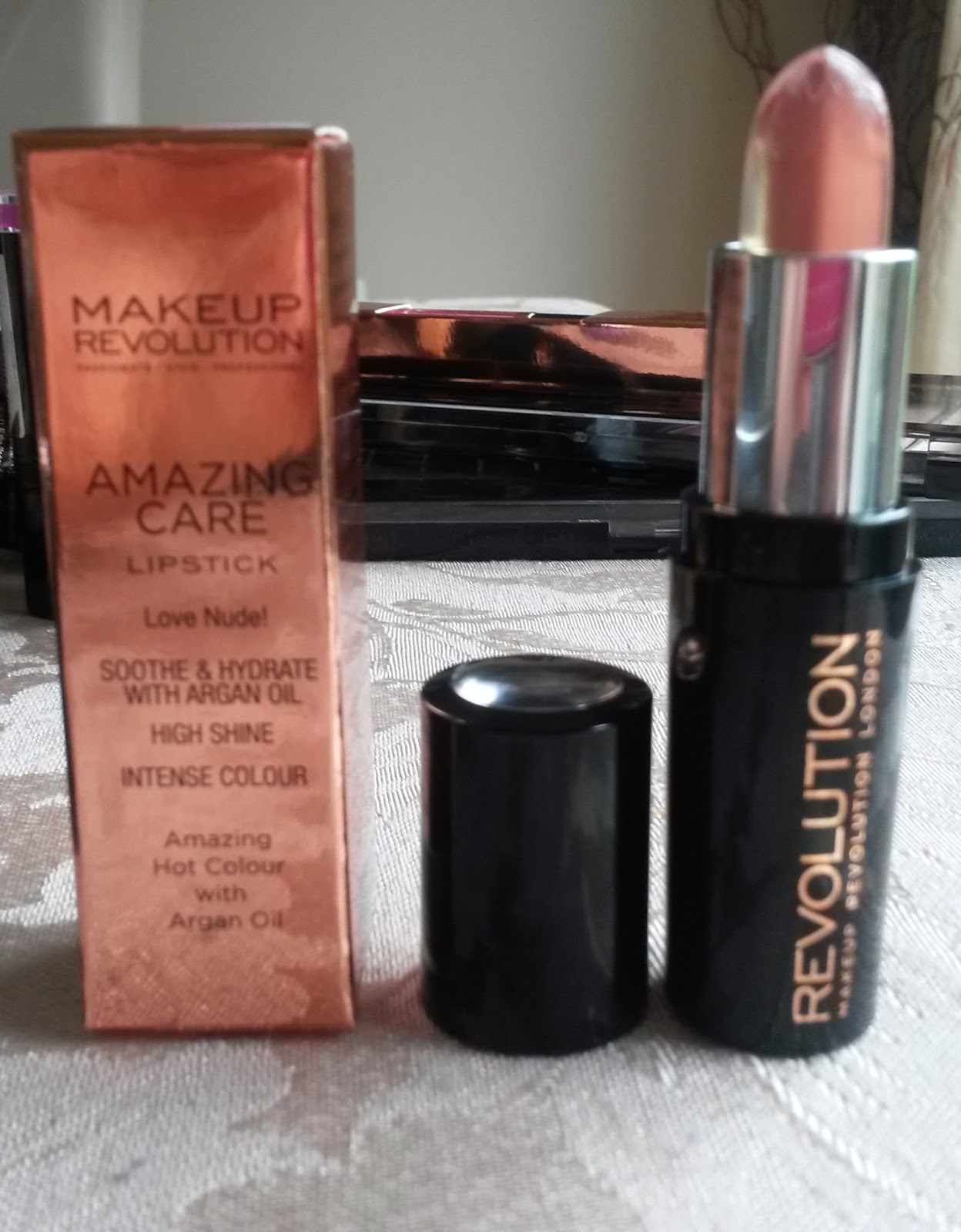 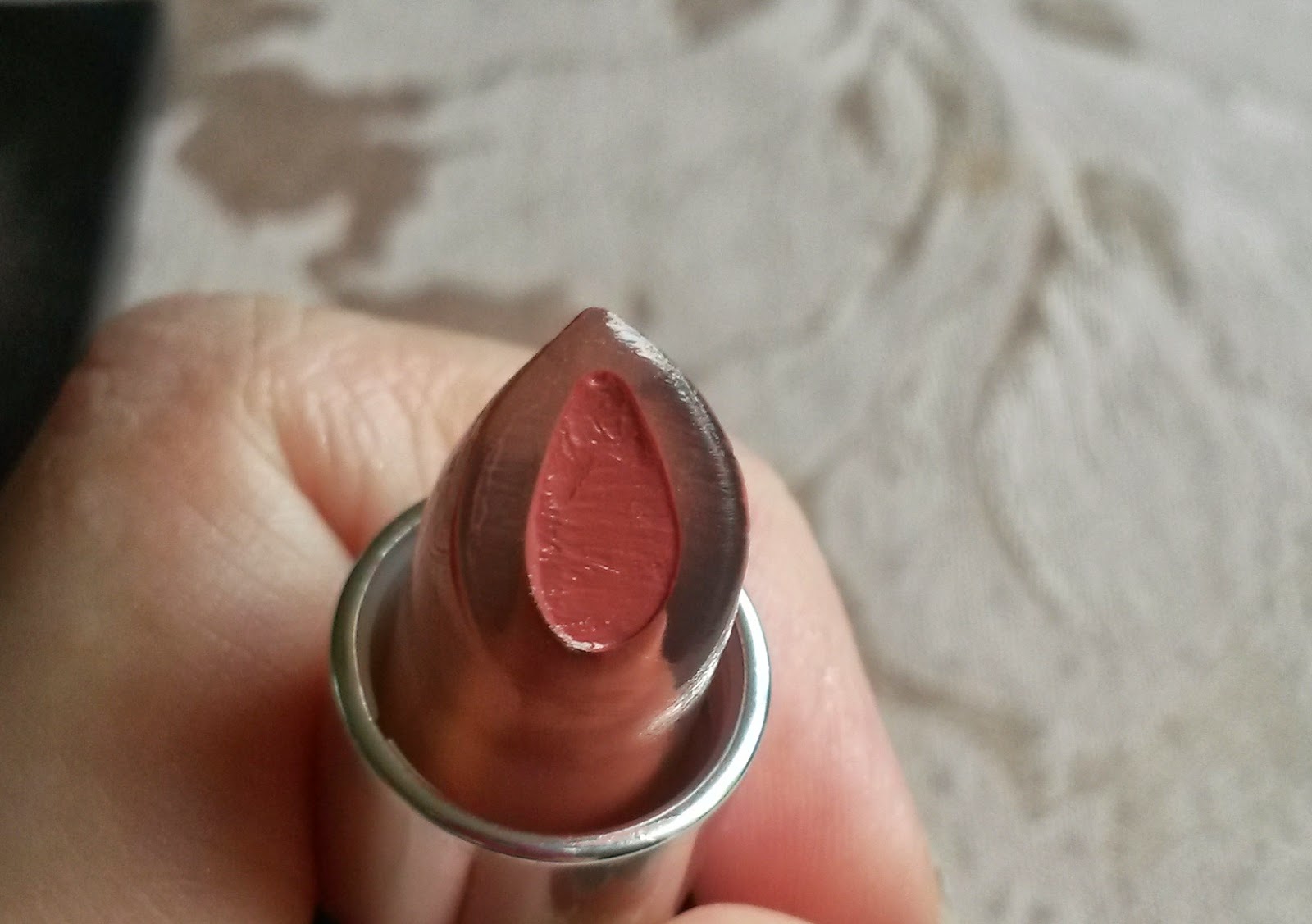 The shade I got is Love Nude 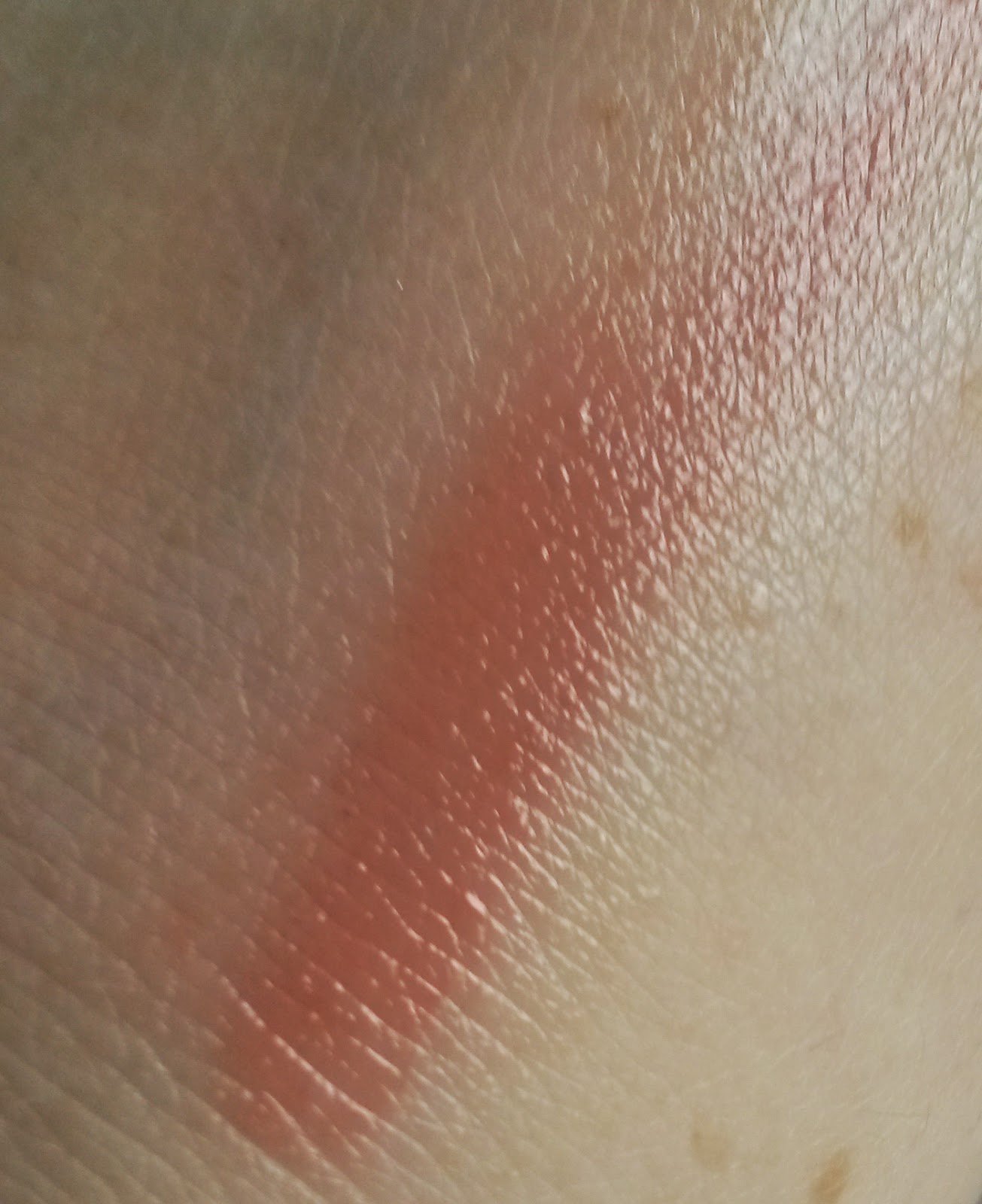 OK onto the main reason I was so excited to buy stuff from this brand - a dupe for Urban Decay's Naked 3 palette!  I have been hoping MUA would bring out another of their Undressed palettes to cover the Naked 3 but Revolution have beaten them to it!  Now I don't buy Urban Decay now that they're owned by L'Oreal so I don't have the Naked 3 to do a comparison. But if you google, there are a bunch of blog posts already comparing the two and I have to say, they look pretty damn close to me! 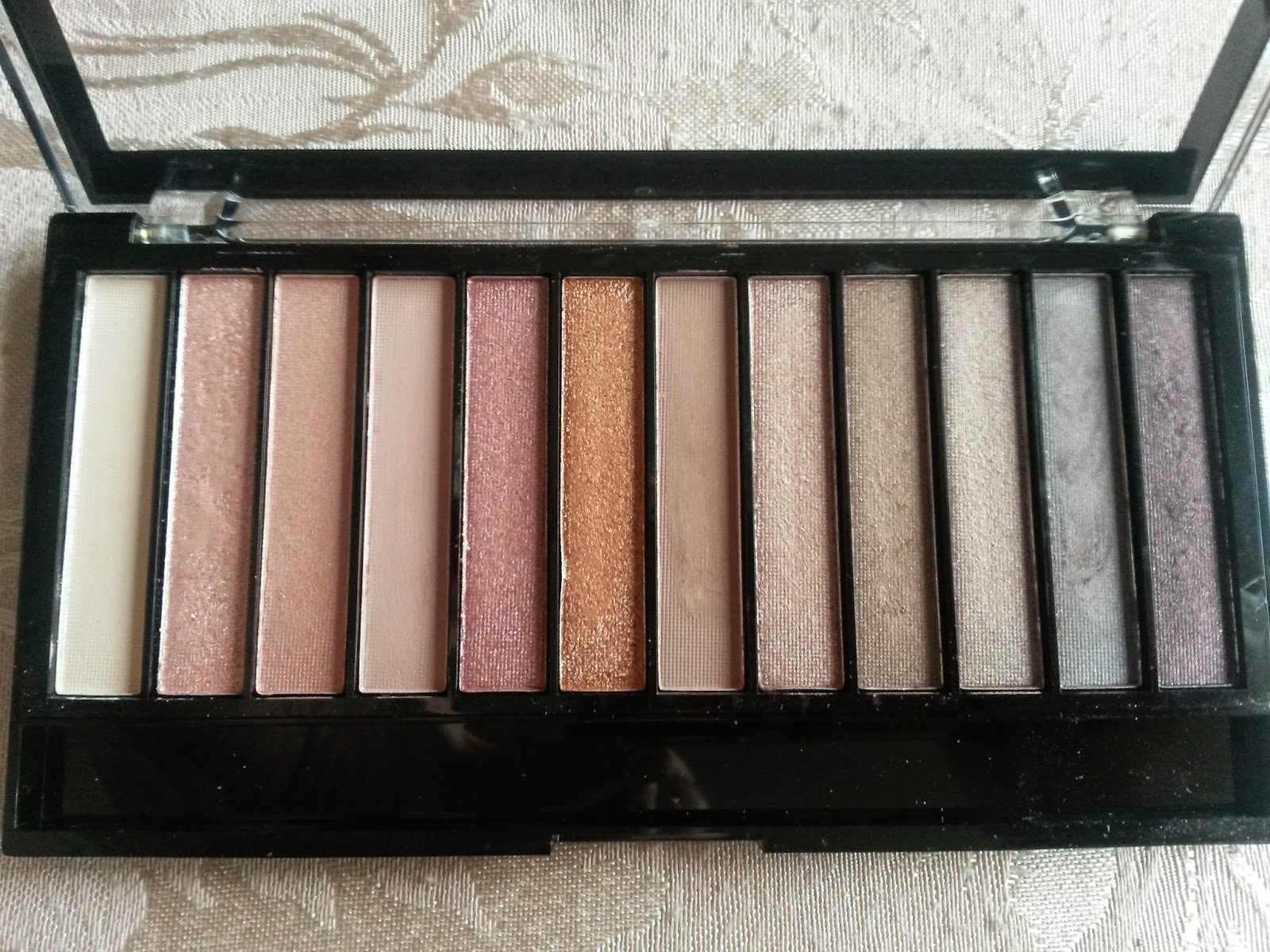 PRETTY! I'm very excited to play with this.

I also picked up the matte palette, because I think a matte palette is such a useful thing to have in your makeup stash. Great for blending, shading and highlighting, anywhere you don't want there to be a tonne of shimmer. 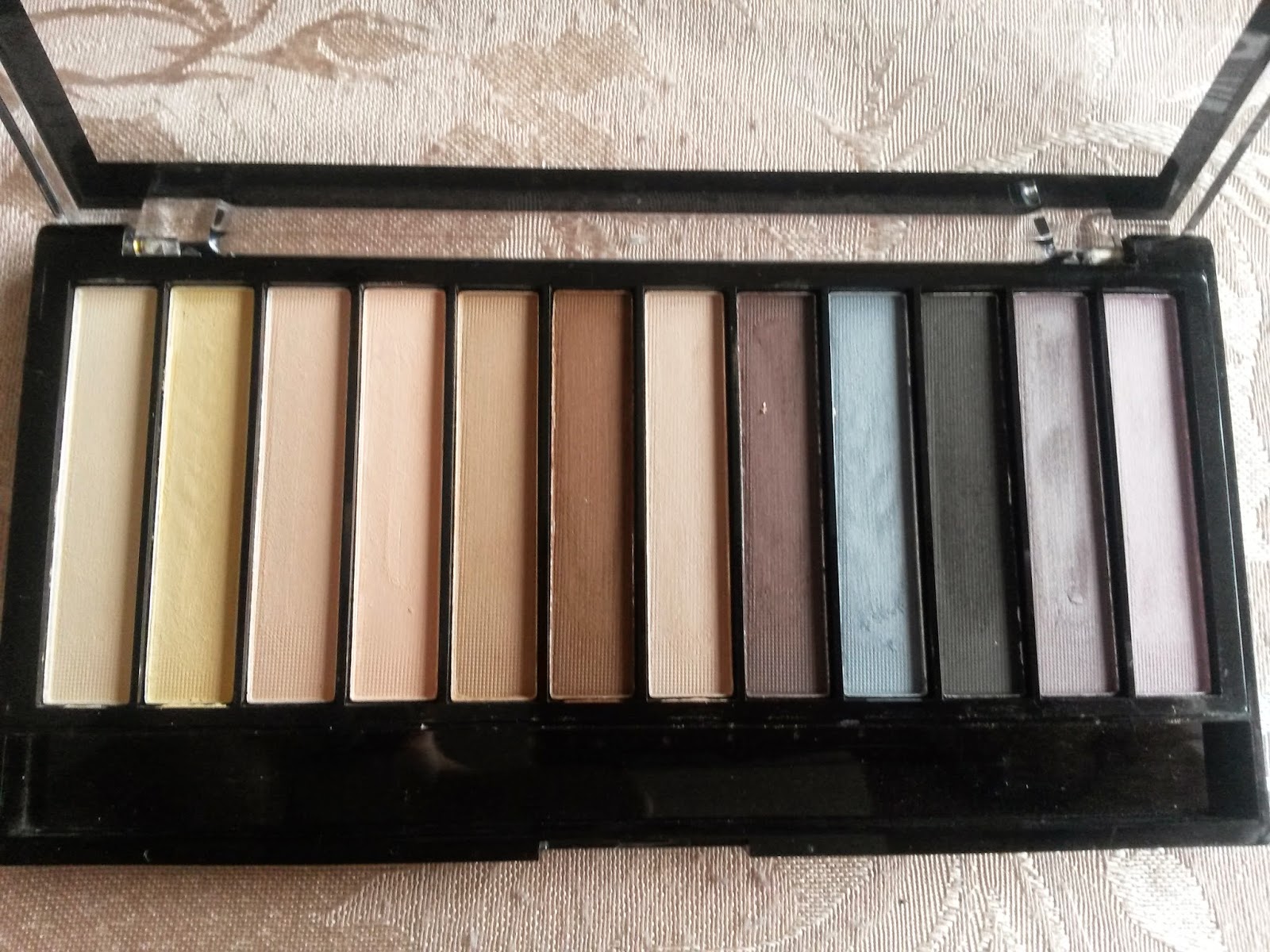 The shadows are a little powdery, as you can see, so there might be some fall out. But I never really find that this presents much of an issue and a good primer on the eyes first will help them stick well. 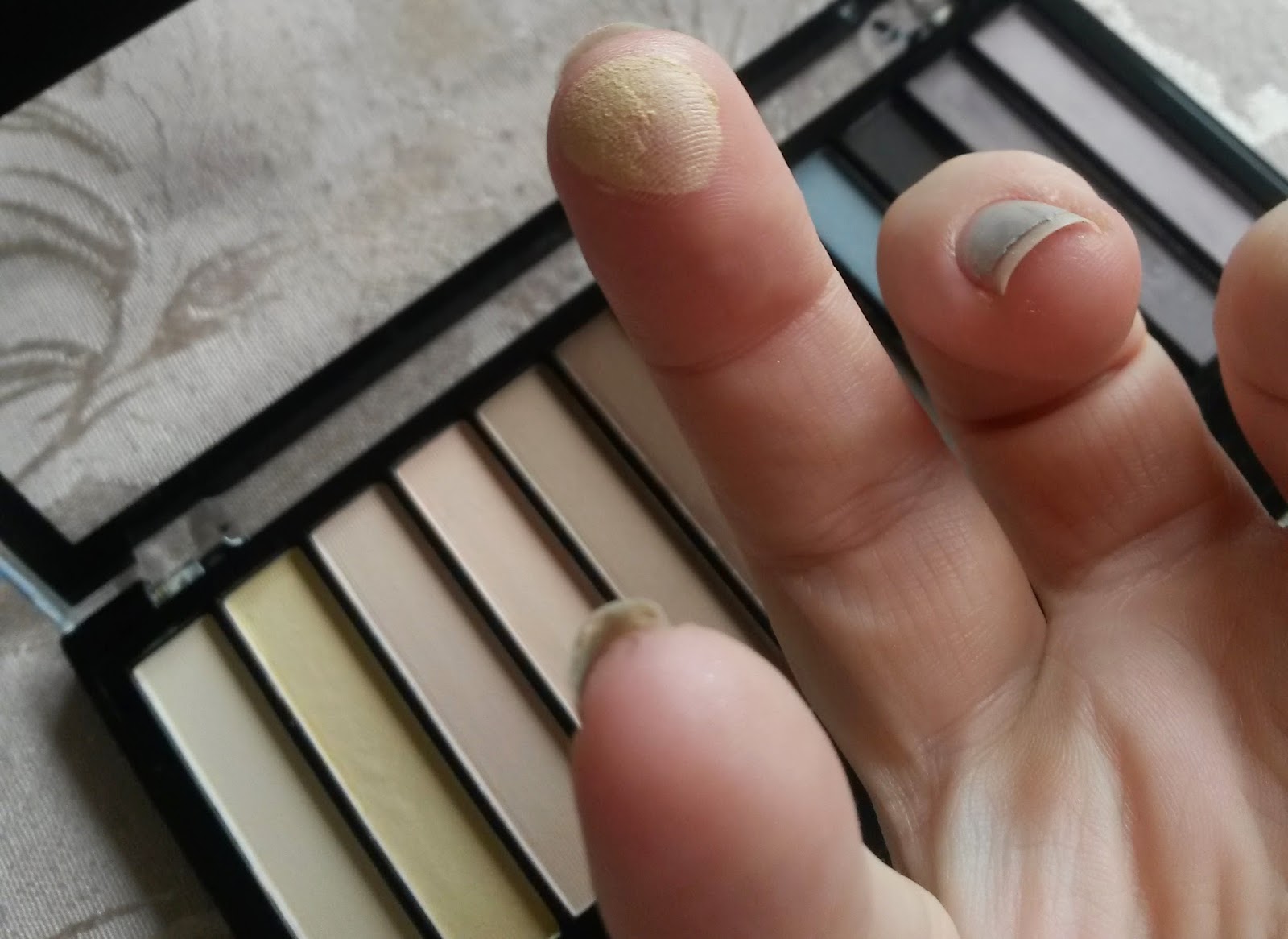 Swatches. I knew that it would be tricky to capture the lighter half because matte light shadows really don't show up that much, so excuse that.  What I will say is the pigmentation appears to be pretty good and I really love the cooler shades in the second half of the palette.  I am looking forward to seeing how well they blend! 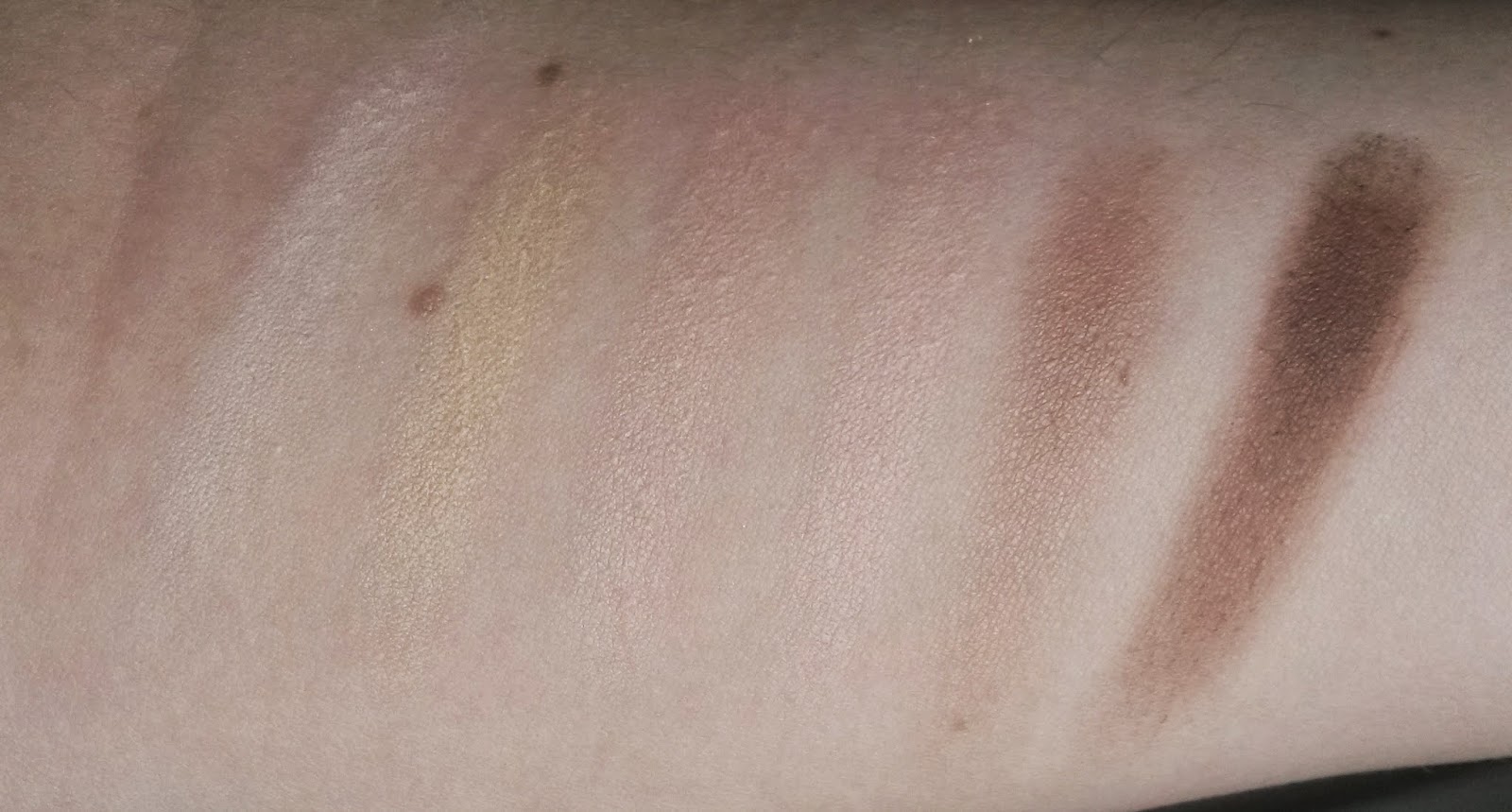 So that's what I have picked up so far. Has anyone tried any of the Makeup Revolution range yet? If so I'd love to know what you think!

You Can Buy Makeup Revolution from their website, they ship worldwide. I believe it will also be available in Superdrug stores from this week (Wednesday 9th April).

If you liked this post, please consider sharing it via the links below :o)

THIS POST WAS ORIGINALLY POSTED ON LOVE-LIPSTICK.BLOGSPOT.COM
Posted by Sal - AlienOnToast at 14:48