Hi you and happy MoFo!! I'm only a day late, what? It's been 4 years since I last participated in MoFo and I decided that I wanted to do it this year to ease myself back into blogging. haha. 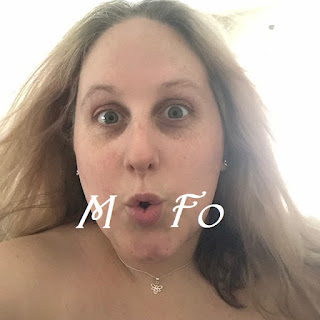 I swear i'm not naked, my top is just strapless because my house is a million degrees today!

I have decided not to follow the daily prompts and to come up with my own themes instead. I also, being realistic, don't think I will manage to blog every day, so I've set 3 themes and my plan is a minimum of 3 posts a week, with the odd bonus post if I get extra time.

It's always difficult picking themes and it's great that the MoFo organisers help you along with that, if you don't want to come up with your own.

But I had the most fun with MoFo when I picked themes such as veganising Jamie Oliver's 15 minute meals (see those posts HERE) or the year I decided at the last minute, my theme would be cockney rhyming slang! (HERE!)

This year's themes are:

- Monday: Veganising....
- Wednesday: What I ate
- Friday: Testing a recipe from a vegan cookbook or blog

I picked the first one because, as mentioned above, one year for MoFo, one of my themes was veganising Jamie's Oliver's 15 minute meals and I loved doing that. So, not wanting to just totally rip myself off and do the same theme again, I decided I would enlist Mr Alien to help me pick some non-vegan recipes to veganise.

The second I picked so I could eek out my holiday food pics. hehe

Lastly, I had the idea a while ago to start a series on the blog, of testing out recipes from other blogs and so if it goes well, this may be the start of it.

I'll be doing a second post today, because it's Friday and I have tested a recipe from a vegan cookbook for you. But for now, i'm gonna tell you a bit about me.

If you've been following me for ages, you know some of this already but if not, hi! I'm Sal. I just turned 40 this year and I live with my lovely husband, Simon, in the south east of England. We don't have any floofy companions (yet!) but our neighbourhood does have a lot of cats, so there's usually one lurking around to pet.

I've been vegan since 1 January 2008 and I started this blog a couple of months later, because at the time I found blogs super helpful for getting ideas of what to eat and how to cook it. There was very limited vegan options in restaurants back then and the only easy to find meat subs were soya mince, granose sos-mix (remember that?) and tofu. Meat subs were really only available if you were lucky, in Holland and Barrett and also in fancy health food stores, in cities way cooler than mine.

So I learned to cook again and I learned to bake. And now there's vegan options in pretty much every chain restaurant and pub on the high street and even the supermarkets have whole coolers dedicated to veg*n food; what a time to be alive :)

I won't ramble on too long about why I don't blog as much anymore but I do miss it and am looking forward to the challenge of regular blogging again, for MoFo.