Friday calls for a recipe from a vegan cookbook or blog and this week, i took it back to the very first vegan cookbook I ever bought: Vegan With a Vengeance by Isa Chandra Moskowitz.

I actually got this in 2007, before I officially went vegan and it helped cement my plan to make the change.

As I set this challenge to try out recipes I hadn't made before, I picked the apple pie muffins. 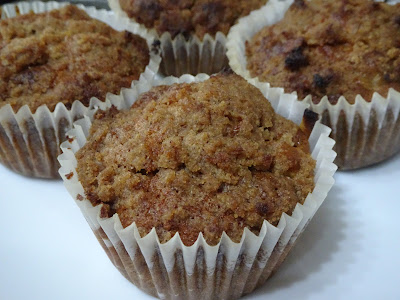 These muffins have grated and chopped apple in and some cinnamon and allspice (cloves too but I didn't have that so I added a bit of nutmeg) and a cinnamon sugary topping. They are delicous and come together pretty easily, if you don't mind a couple of minutes worth of peeling, grating and chopping. 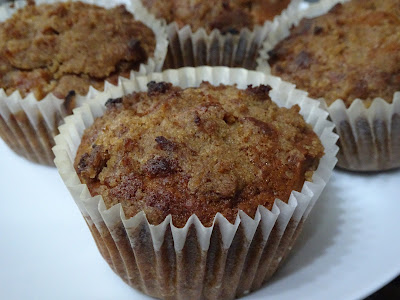 I made these with easy weekday breakfasts in mind, as I've a busy work week this week and they don't disappoint! This morning's breakfast was a winning combo of one of these muffins and a Gregg's vegan sausage roll! #adulting

Have a rad weekend everyone; I'm off to Leeds for a girly weekend and an Ed Sheeran concert. I'm told the weather in Leeds tomorrow, where we will be attending an outdoor concert, will be a delightful, traditional british summertime mix of shitting down rain and erm, oh yeah, shitting down more rain. Lovely.