For this week's 'veganising', I tried out a recipe I have wanted to have a go at for MANY years, since I saw Rachel Allen make it on the telly.


The reason I put this off for so long is I wasn't sure it'd work with any of the egg substitutes I'd used before. When I got a bottle of Just Egg from the US, I thought I'd maybe try that. But actually in the end I didn't, I just used a good old flax egg!


I made a few subs:
- I subbed a flax egg (1 tbsp. ground flax mixed with 3 tbsp. water) for the hen egg
- I subbed Oat Milk for the cow juice
- I subbed Naturli butter blocks for the dairy butter
- I also subbed self-raising flour for the plan flour + baking powder, as I'd run out of BP
- AND I used golden syrup; the link above says corn syrup, which isn't a thing in the UK and also, when Rachel Allen made it, she used golden syrup. 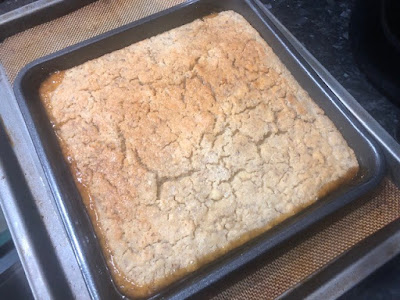 I was sceptical that this would work with the subs I made; I was worried I'd get no sauce, but as you can see from this pic - that was NOT the case: 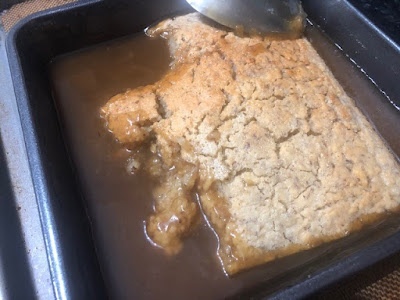 There was a lot of sauce. The recipe said to serve it with vanilla ice cream, which I did. But the sauce was suuuuuper sweet and the Swedish glace ice cream I bought was really too sweet when it was all together! I would serve this with soya or oat cream next time and just a small amount of the sauce. 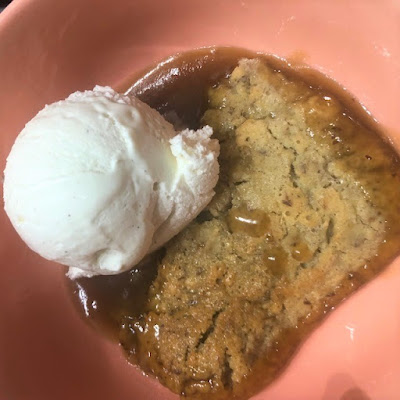 Overall it was pretty good but nothing special and really a bit too sweet for me! I think maybe adding a bit of salt to the sauce could help with that or using a bit less sugar and serving with cream instead of ice cream.

I do love a self-saucing pudding though - do you have a recipe for one you love? Let me know.