It's all Greek to me

I finally got around to making tofu. Actually this was my second attempt, the first was a big fat failure. This one worked really well.

The texture is strange, it is somewhere between regular and silken tofu. Very soft - and the taste reminds me of what I remember cottage cheese to taste like. It split down the middle when I turned it out of the mould. 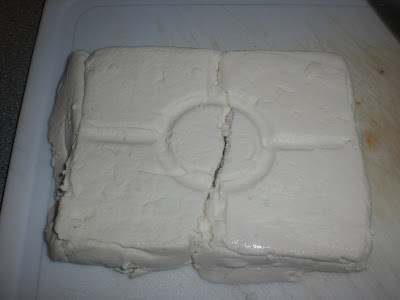 I baked some (that I didn't get a photo of) but I overcooked it and it was a bit yuk. When trying to decide what to do with the other half, all that kept popping into my mind was feta! I know there are a few recipes out there for tofu feta but I was too lazy to look one up so I just doused it in a bit of olive oil, white wine vinegar, oregano and salt & pepper and left it over night.

Then I made a greek salad with it. The supermarket has started doing pick and mix tomatoes and I got yellow, orange and red cherry tomatoes - they were so pretty and sooooo tasty.... 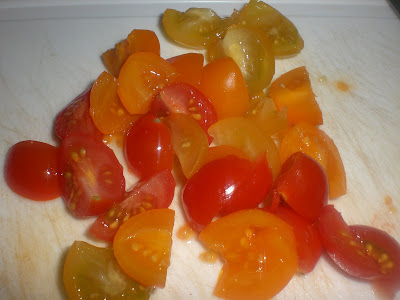 I added some chunky cucumber, finely chopped red pepper, my tofu feta and shallot and a simple red wine vinagrette. Oh and lots of fresh mint. The rather unphotogenic stuff next to it was some brown rice and lentils, cooked together in veggie stock with some peas added and a bit of red wine vinegar. Ugly but tasty. 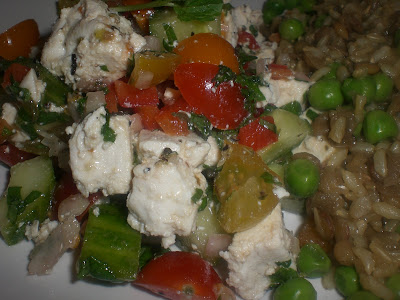 This week, my copy of Sarah Kramer's Garden of Vegan arrived. I was flipping through and as soon as I saw the recipe for the Bodacious Barley & Bean Soup (AKA the best soup EVER), I knew it had to be mine. Oh yes, it had to be mine! So I made it and wow! My friend was round at the time and when she tasted it, took the recipe straight away to make it when she got home. 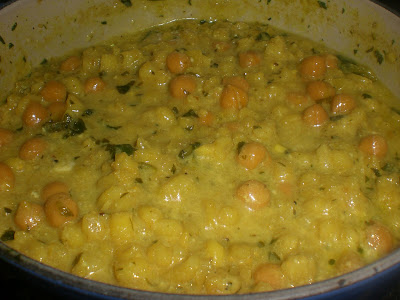 To go with it I made some more soda bread. I'm still working on getting the recipe right though so I can post it. 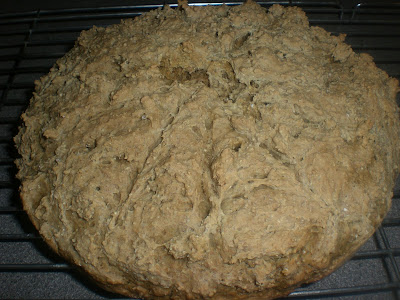