I was hoping to have some low fat baked goods to share with you but instead I had two, no make that 3, baking failures this week. Much to the disappointment of my best friends who had to make do with skanky biscuits out the biccie jar for pudding on Tuesday!

My muffins went wrong and so did some cookies and both went in the bin - baked goods have to be seriously pants to go in the bin in this household so that tells you how epicly (word??) I failed!! I had another go at the muffins with some tweaks and they're still not right, however they're at least edible - just not postworthy!

I was walking round the supermarket last week and I found a bottle of Reggae Reggae Sauce. Now I didn't know much about this stuff, except that subway do a really gross looking sandwich (that I LOVE the advert for! Hence post title) with it in and I think the guy who invented it was on Dragons' Den. Anyways, it is a sauce that is a cross between barbecue and jerk seasoning and it is GOOD! Plus it's vegan. So I basted some thick wodges of tofu with it and baked it along with some roasted veg (and a salad made of the last of the cherry tomatoes) and it was seriously rockin!! Hot hot! 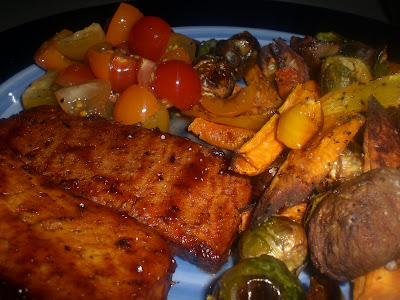 Today I had this great idea to make some VCON chickpea cutlets, but I didn't have any chickpeas. And my copy of VCON is at work cuz someone is copying recipes. So I decided to wing it with some sweetcorn patties - with some Reggae Reggae sauce in them! They are not quite right but I think they have potential so I'll post the recipe when I get it right.

I served them with some maple & ginger roasted carrots, peas and some white bean mash (AWESOME stuff). 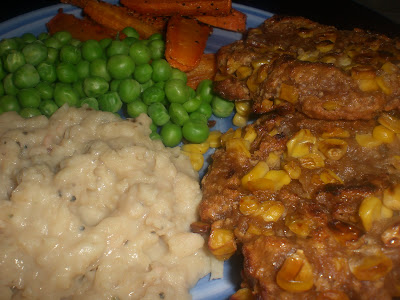 This soup was inspired by my current love of Jerk spice. It is black bean, brown rice & sweet potato soup with a big kick from jerk seasoning. It's not very photogenic I know, but it is super warming and filling (and ace with crusty bread). I still think it needs tweaking though so I'm holding off posting the recipe for now. 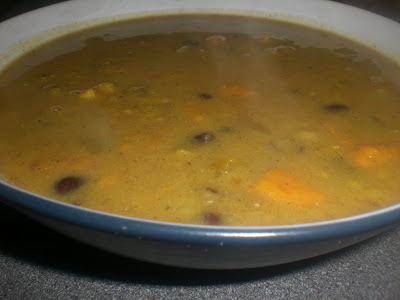 I had to take a pic of this.... I decided to use my soymilk maker to make some rice milk. I used basmati and it said not to soak the rice, but I dunno! I had a heck of a job unscrewing the filter and when I finally managed to, I saw why. The rice had formed a big solid block! hahaha. The rice milk kind of sucked too. 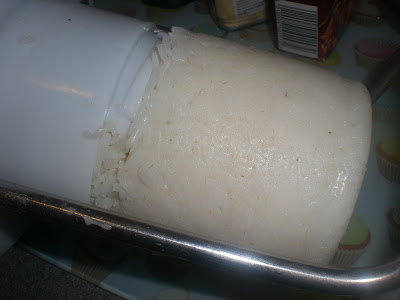 Sometimes I have days when I forget that I'm a 29 year old woman and feel like a teenager again. Like yesterday, when the car battery died and my Dad had to come over, jumpstart Jeff and take me to quickfit (where he paid for a new battery before I could get my wallet out). Love him for that cuz I'm broke!!
And I'm not feeling any more grown up cuz tonight, all I really wanted to do was watch daft films and eat cookies. I saw Becks' post about Dreena Burton's cookies and they looked so good that I had to make them too. With my baking failures this week, I've been feeling a bit like I've lost my mojo, but hurrah - a success. Unfortunately not my recipe but these are damn good cookies, nonetheless. I just wish I wasn't dieting so I could pig the whole friggin batch instead of just one!! 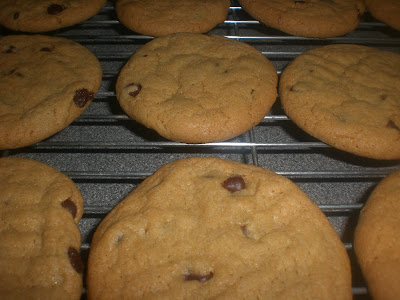 Baking cookies to: Random cheesy choons that I found on my iPod but I can't stop shakin' my booty and singing this song into my spatula!