It's officially winter! It's cold, rainy and dark at 6 o'clock! Today I went to my friend's beautiful little girl's christening and then my friends came over for a little Supernatural catch up. By the time they went home I really was hungry and wanted something quick. But instead I took my time and made an AWESOME soup.

I won't lie, I totally stole this idea from the Barefoot contessa - it's a lentil soup with smokey sausage! Recipe is below the pic. 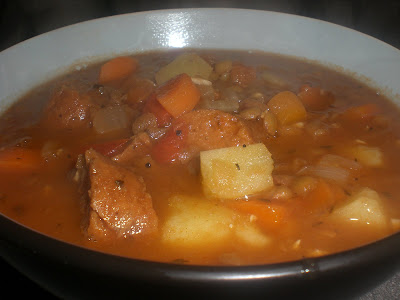 Method:
Pour boiling water over the lentils and set aside while you prepare the rest of the veg.

Chop the onions, potato and carrots into rough dice. Saute the onion in the olive oil and a pinch of salt for 5 minutes.

Add the garlic, tomatoes, carrots and potato and stir well and cook for a few minutes. Add boiling water from the kettle *enough to almost cover the veg (I also added a bit more as the soup was cooking so I added about 3 cups in total). Add the stock cube, tomato puree and the drained lentils and a pinch of salt & pepper. Don't go overboard on the salt if your stock cube has added salt. Add the herbs and bring to the boil, then cover with a lid and turn down to a simmer and cook for 20-25 minutes until the veggies are cooked.

Onto the sausages I used in the soup. I used the Everyday dish recipe, but I halved it and took out all the garlic & seasonings and replaced it with 1 tbsp of smoked paprika, 1 tsp regular paprika and 1 tsp liquid smoke. 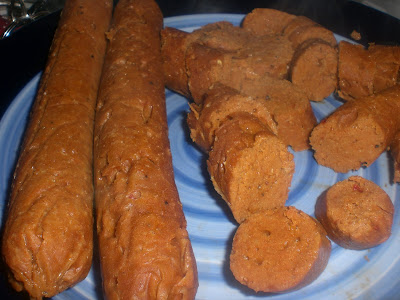 To go with the soup, I made some focaccia. I didn't save the link to the recipe but I just googled focaccia and the one I used was ace. 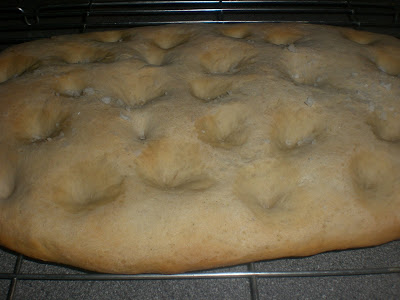 I used my soymilk maker!! Exciting it was too, except that I was watching TV and the blade kicked in and scared the bejesus out of me several times! 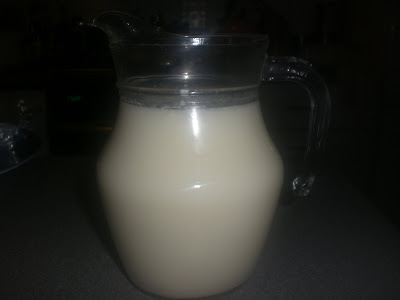 This was brekkie today; it may look like a common old tofu scramble but the addition of a tablespoon or so of leftover VCON mustard sauce transported this scramble into a parallel dimension of radness! 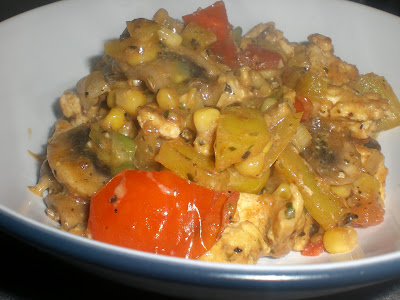 Lastly, but definitely not leastly, I baked yesterday. I woke up hungover at my friend's house (Halloween was a boozy one) then went home, baked cupcakes and went back to my friend's house again to watch horrors. Bad ones.
My friends requested chocolate CCs with peanut butter frosting and that is what they got! 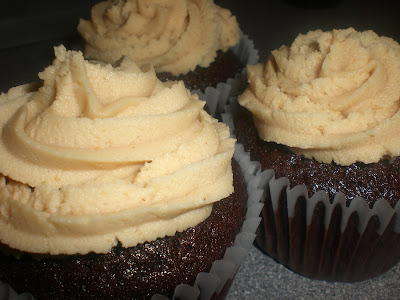 Cooking (the soup) to: Supernatural Season 2
Posted by Sal - AlienOnToast at 20:27