"Make / eat something inspired by a book or a film"

I was gonna go with 'Cornetto!' from Shaun of the Dead, as we can now get THESE babies. However, for some reason, the scene from Pulp Fiction where Vincent & Mia are in Jack Rabbit Slims popped into my head and I thought, yep, I want a 5 dollar shake. Especially now that I have my Nutribullet to smush it up in (I refuse to believe they are for healthy stuff only!)


"Did you just order a five-dollar shake? A shake? That’s milk and ice cream? And that costs five dollars? You don't put bourbon in it or anything?"


So here is my idea of an pretty good shake; it's probably a smoothie really because I've tried to make it a bit healthier than a regular milk & ice cream shake. 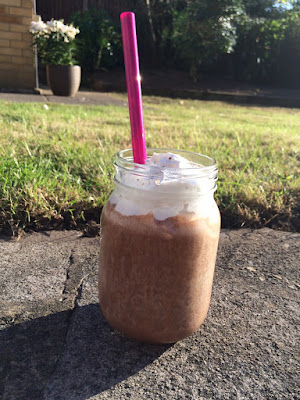 I didn't have any ice cream, so I used frozen bananas and some ice cubes to make it frosty. So in it, it had:

I topped it with some fizzy soy cream and a sprinkle of cacao powder. 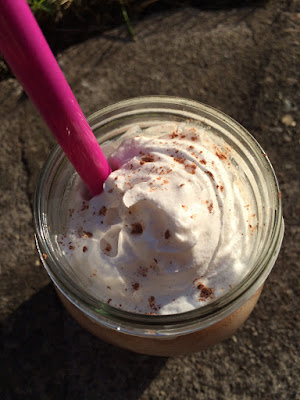