I'm not really someone who subscribes to eating certain things in certain seasons, mainly because getting hold of local produce is not always that easy or affordable.

So I thought I would talk about some food I ate in late summer this year instead.

Summer is festival time in the UK and late summer (3rd weekend in August, to be precise) is when the Henley 80s Rewind Festival took place.  We had one day of super hot sunshine (I got burnt, despite applying the factor 50!) and one day of pissing rain, that then morphed into a fairly pleasant day).

As I walked around I was really surprised to see the amount of vegan options on offer, most of them labelled as vegan too! I read there was going to be a stall called Vegetaria or something like that, so I figured I'd be living off veggie burgers, like I normally do at festivals. However, I never saw this stand and thankfully, didn't miss it at all!

I unfortunately didn't take photos of the food I ate on the Saturday, so I only have a couple of pics of actual food for you. However, Mr A went for a walk on the Sunday morning to get coffees and he took pics of all the stands and menus for me that mentioned vegan food or that I had eaten at! What a winner! 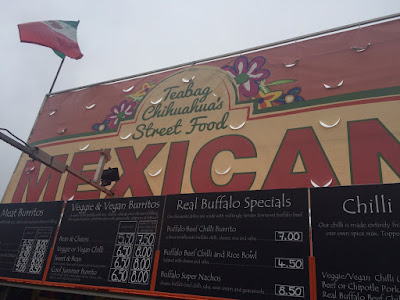 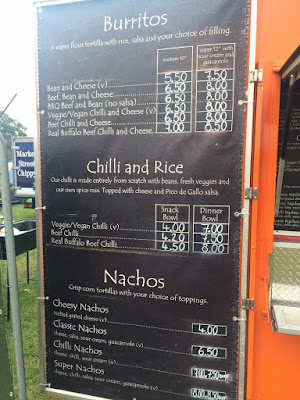 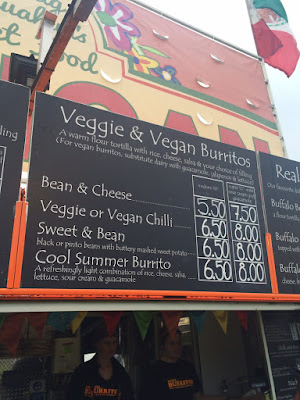 I told the girl who made it that I wrote a food blog and asked if it was ok to take a pic before she rolled it and she took one for me and then started telling  me all about the filling being made from soya mince etc. The staff were lovely and the burrito was too! :) 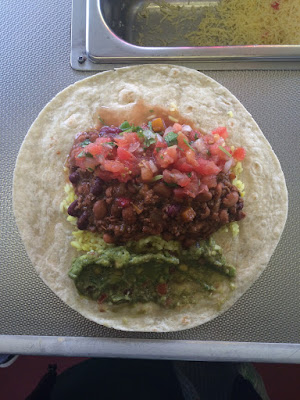 So so messy to eat, but I think that is part of the charm of a burrito! 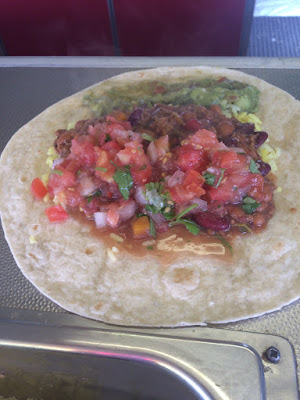 Churros! There were churros! They were even marked as vegan (the sauce wasn't but I was perfectly happy to eat them without. 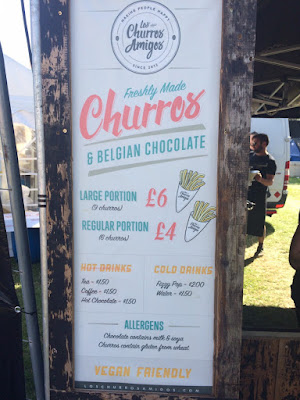 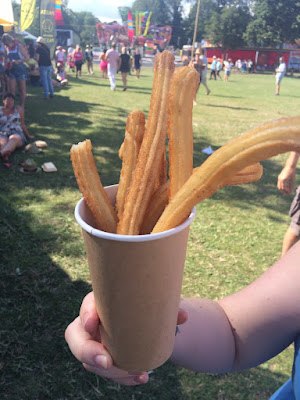 I wish wish WISH I'd taken a photo of the veggie paella I had, but it was too late/dark by the time I got it really. But it was amazing. Best thing I ate at the festival! 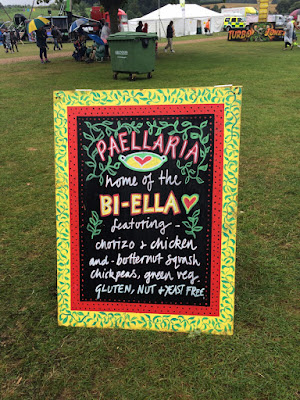 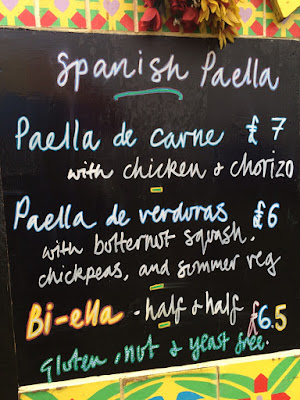 There was a stall that made vegan milkshakes and soya lattes. I had planned to have one early on the second day but it was pissing down and cold so I went with a coffee instead! :) 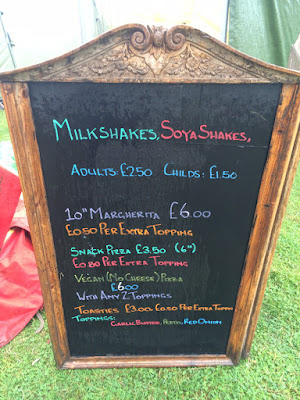 One of the pizza stands did a cheeseless pizza that was marked as vegan. 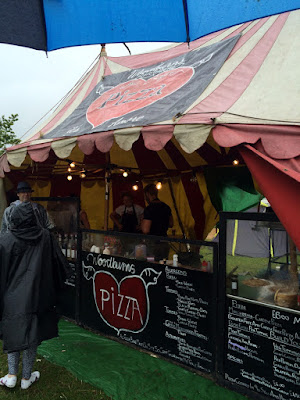 Then there was the good old falafel stand. I had a falafel and houmous in a pitta and it was HUGE and awesome. Again, forgot to take a pic! grrr 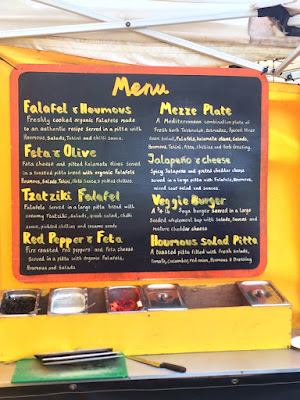 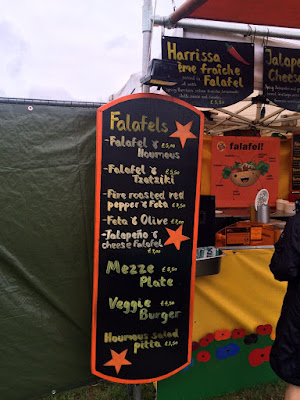 If all else fails there's always chips. We had some late on the Saturday night but a lot of their sauces had run out by this point. I asked if their curry sauce was vegan and he checked the chart on the wall and said it wasn't as it had egg in it. Egg?? In curry sauce? Weird.  So I had ketchup. 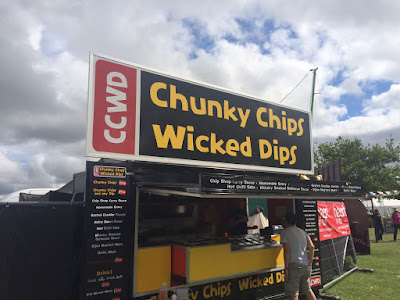 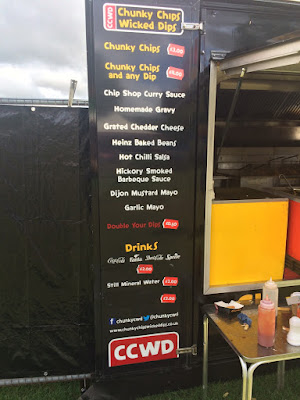 I'm sure there were other options too, as there was a middle eastern stand and another falafel type affair among others. I was glad to see how widely available vegan food is becoming at this kind of event.