I got to 20 MoFo posts! huzzah!! What the eff is goig on with blogger and the pictures - I've edited this bitch about 10 times and the pics still look funny! ah well.

I was planning to make canneloni tonight, but instead of being a good girl on my day off and doing housework and going to spinning class, I sat on my arse and watched Californication and Entourage instead. So I needed something that was a bit less of an effort for dinner.

I went for some tvp mince and mashed taters. Easy, quick and pretty good. I also learned that gravy browning has to be mixed with water first and can't just be sprinkled into to hot mince as you get gross brown lumps that you then have to spent 10 minutes picking out with a spatula if you do that! grr. 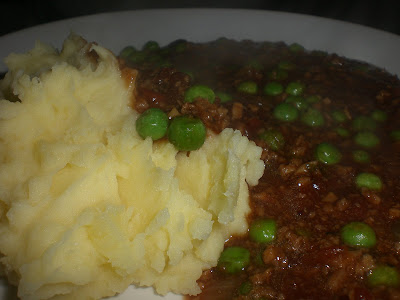 I had some buttercream left from the viennese whirls so I HAD to make some more biscuits! I used a recipe for shortbread that I found on get sconed, only I had to use 3 cups of flour not two - as it was way too soft to roll out. I think it's because the margarine I use is a lot softer so next time, I'm going to try cutting the margarine by a third and see if that helps. 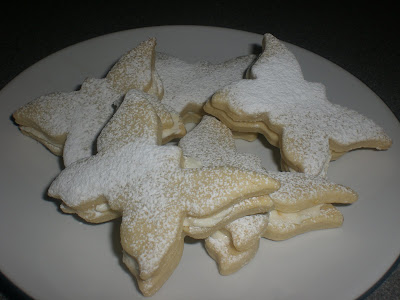 Cooking to: AC/DC - Black Ice (did I mention I got AC/DC tickets for April? HURRAAAHHH)