Hellooooo everyone! I cannot believe it is October already and October means MOFO!!  I had planned to blog about wedding food before MoFo but I am lazy (big news right?) and also I had nothing ready for today. HA I suck.  So here's my pics of wedding food.
I went to 2 weddings in September, on two consecutive weekends.  I like weddings but I must admit I was pretty wedding'd out after 2 in a row.  The food wasn't spectacular at either but one was a lot better and they obviously made more of an effort, which I really appreciated.
First wedding.  The starter was melon.  The omnis had exactly the same but with some sort of creamy sauce on it.  It was ok, didn't blow me away, melon was a bit hard! 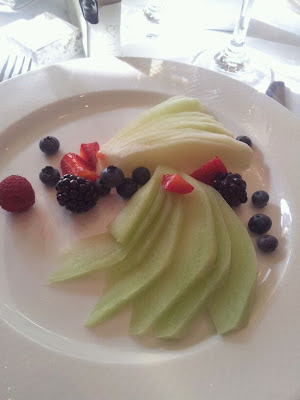 Main looked like (this is how one of my friends described it) a condom full of maggots.  OK it does a bit but it was pretty good.  It was barley cooked with some sort of tomatoey sauce and wrapped in thinly sliced potatoes with a pesto sauce on top.  It was pretty good, needed seasoning though.  And it was pretty small, so I was still hungry afterwards. 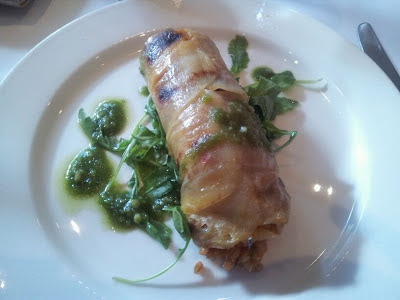 Dessert was fruit but they actually did make an effort with this one. It was a poached pear; which is something I would NEVER order, but it was really really good.  And the little thing of sorbet was delicious (it was vanilla and lemon) and I could have done with a big old blob of that! 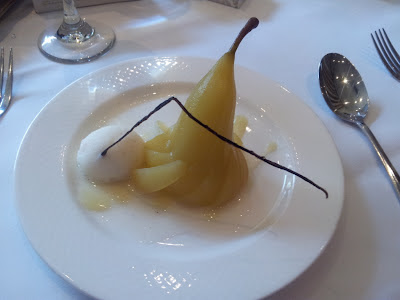 I was STARVING though by about 8 o'clock because the meal was pretty small and all I'd eaten that day aside from that was a piece of cold toast. They did bacon butties and chips for the evening buffet but I wasn't left out - they did me a bap with vegan sausages and I had some chips too. I felt much better after that and thought that was really nice of them to do that for me. I didn't get a photo because to be honest I was drunk and it didn't touch the sides!
Onto the second one which had the worst food of the 2.  The starter was ... wait for it.... melon! with some sorbet on top.  I don't mind that I got melon, because everyone had the same thing. The melon was actually really nice, it was sweet and juicy and not hard and scabby.  The sorbet though was weird. It said it was champagne flavoured on the menu, if I remember rightly, but to me it almost tasted like Tequila - which I am not a fan of. Wasn't it pretty though!﻿ 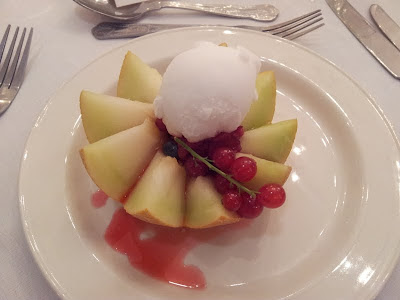 Main was a risotto.  It was good, nowt special and could have done with actually having some flavour in it rather than just some sauteed veg on top. Although I liked the veg, it made it a bit more interesting than just rice with some peas thrown in. 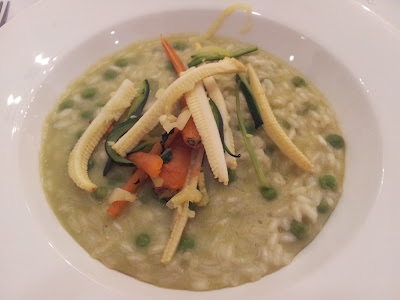 And dessert.  I expect to get fruit because for some reason 'chefs' cannot do vegan puddings. But this was pretty bad, it wasn't even decent fruit or nicely presented.  The melon (more melon) was hard and I thought this was crap because there was no imagination in it.  For a posh hotel, I thought it was disappointing. 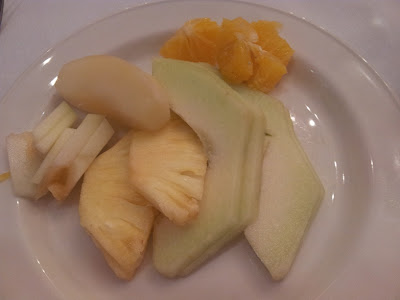 My main gripe with the food at this wedding though was that there was nothing in the evening buffet that I could eat, not a thing! And because lunch wasn't that very substantial, I was freaking starving!!


OK so it boils down to, what have I learnt from the food experiences at these weddings?  Easy: TAKE SNACKS!!