OK so tonight's veganised Jamie Oliver 15 minute meal is his feta parcels and modern greek salad.  I have to start by saying that technically for us vegans, this cannot be a 15 minute meal unless you live somewhere where they sell vegan feta!  I've never seen this so I made my own almond feta and although the work involved is minimal, it takes a couple of days because of soaking time, draining time and baking.  You could always replace it with another vegan cheese though if you wanted. 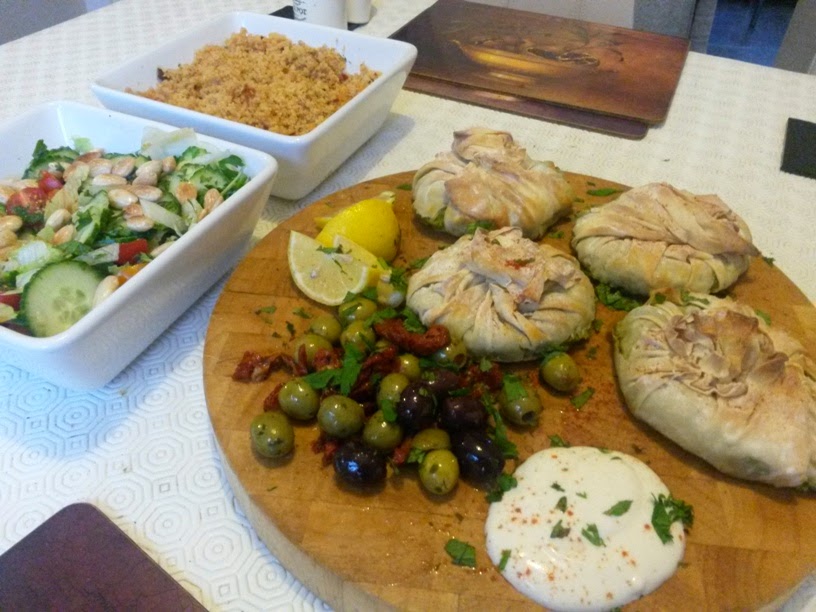 Here is my almond feta after baking - not that pretty but really really tasty.  I used this recipe from Vegetarian Times, but just left off the herb oil. I think this recipe is great and totally worth the effort and I will be making it again! 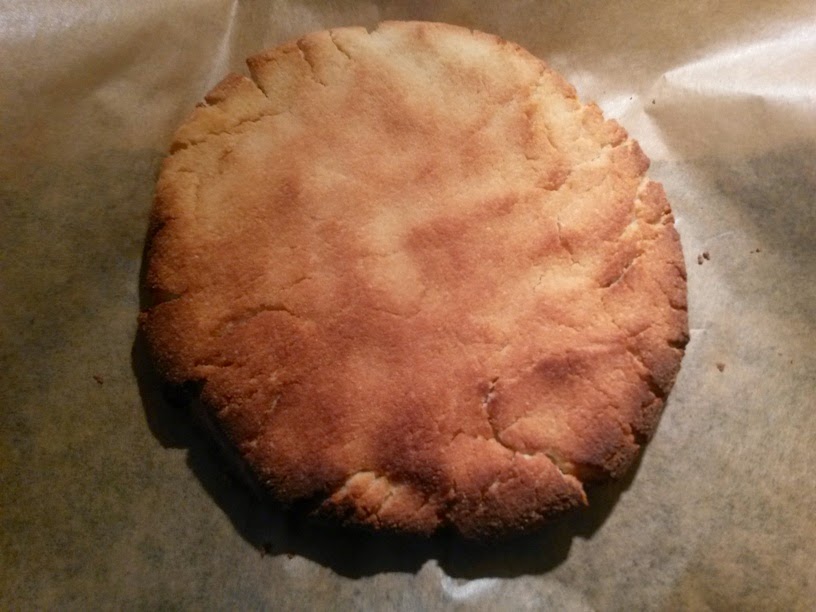 Also, I knew that without another side dish, the parcels and a salad wouldn't be enough for us gluttons for dinner, so in keeping with the 15 minute meals mindset, I cheated a little and knocked up a couple of packets of Ainsley's instant flavoured cous cous, which went really well. 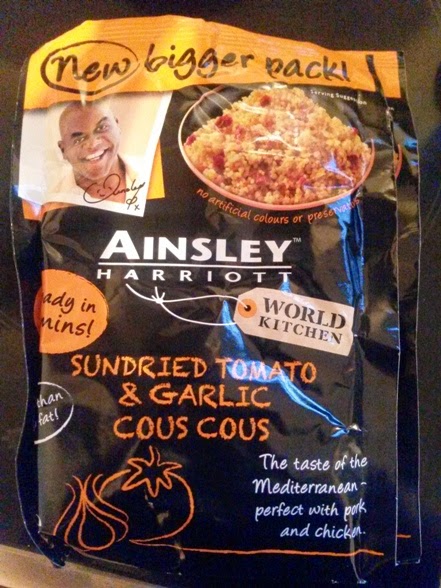 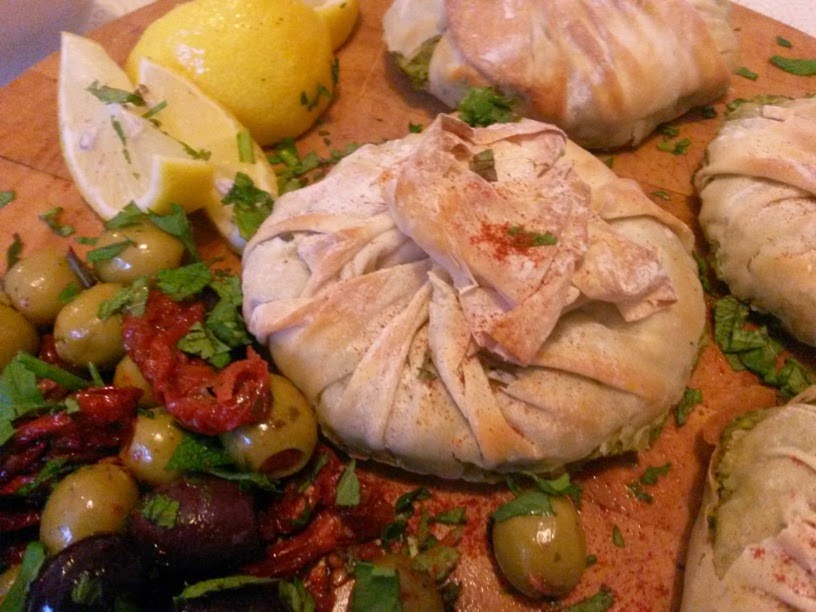 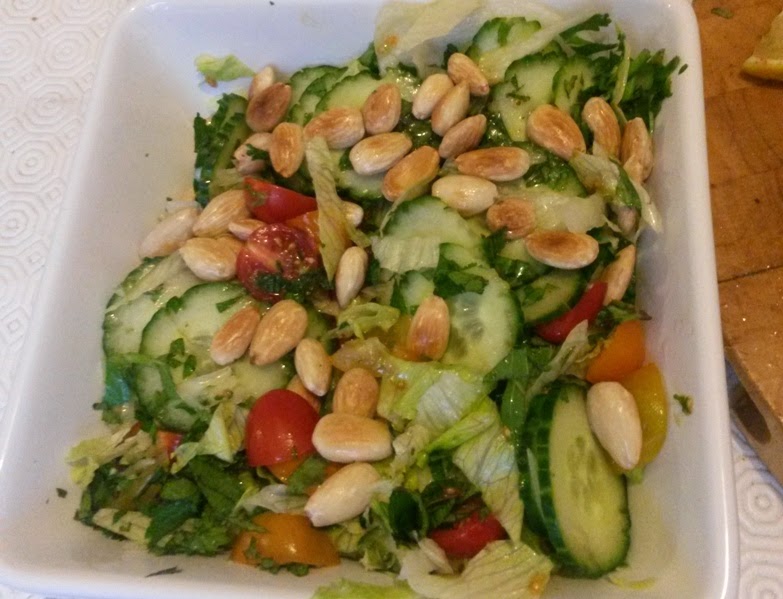 Recipe Link: Modern Greek Salad and Feta Parcels again this one's not on his site, so here's a link to the recipe that someone else has posted.

Actual Time Taken: As seems to be about average with these '15 minute' meals, about 19 minutes. 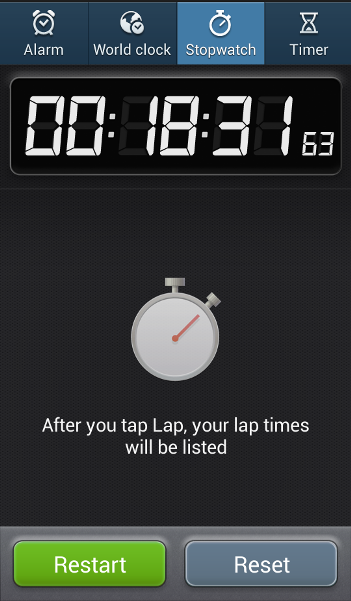 My Substitutions:
- I subbed almond feta for the dairy feta
- I subbed soya yoghurt for the dairy yoghurt
- I left off the honey
- I left out the red onion because I forgot to buy one, plus my mum's not a massive fan of it raw
- I used mixed olives with sun-dried tomatoes instead of black olives and I served them on the side instead of mixing them in with the salad.

Verdict:
YUMMY!! I loved the parcel filling, I was eating it off the spatula, it is great. And the mint in the salad was a lovely addition.  I think next time I wouldn't scrunch the filo, I'd wrap it more like a present, as I don't like the floury soft texture of filo when it isn't crispy, like the bits under the scrunchy top were.  Aside from that, aweseome. Also, as I said before, this needed an extra side dish to make it dinner, but I think it would be perfect as is for a lunch!