Vegan MoFo Day 30: We Did It!! And Veganising Jamie too!

HELLOOOO and welcome to my last MoFo post for 2014! I can't believe we're done already, it's gone so quick. Also, this is the first ever time I've managed to blog every. single. day! I'm pretty happy about that.

So my last post of MoFo is also my last veganising Jamie Oliver's 15 minute meals.  I've enjoyed these posts.  It's been fun to veganise the stuff I see being made on a non-vegan tv show. The main reason I wanted to do this was so that anyone looking for easy vegan recipes to make their vegan friends or family if they are not vegan themselves, will see that you can use the cookbooks you already have and just make a few simple swaps.  Obviously if you're not vegan I would't expect you to spend 2 days making almond feta but you get the idea.

I've had a few favourites, the one that springs to mind was THIS awesome dish, those buns!! Swoon! Can't wait to make that again soon.  There's been a few damp squibs but on the whole, most have been great.  To browse all of my Jamie posts, CLICK HERE! :)

So today I made the Winter Squash Penne and Mint & Avocado Chopped Salad. 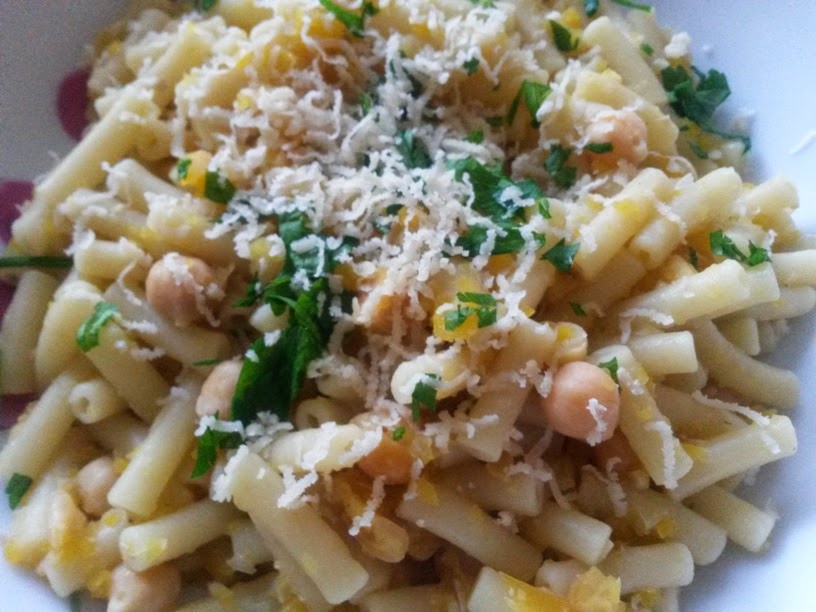 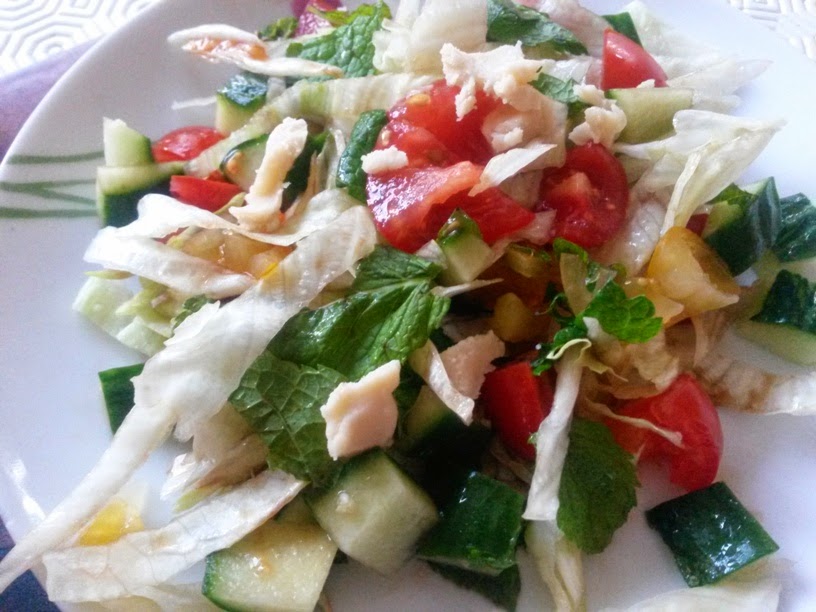 Well kinda.  I didn't have penne so I used macaroni and my avo was mouldy :( so I left that out.  I also totally effed up the timing but I worked out by process of elimination (reading the time of a text I sent rigth before I set the timer off) that it took me just under 16 minutes, so I guess that is a 15 minute meal - win!!

Also, I forgot I was halving the recipe and made basically the full amount of sauce so there was WAY too much sauce for half the pasta, it's quite a liquidy sauce.  So I'm currently turning the leftover sauce into soup! (I added a bit more water, a few slack handfuls of red lentils and some curry paste - tomorrow's lunch sorted!)

Recipe Link: Not on Jamie's site, but the recipe can be found HERE.

My Substitutions:
I subbed vegusto for both the cheeses
I left out the avocado cuz mine was mouldy
I used dried sage as I couldn't find fresh
I subbed macaroni for the penne

Overal Verdict: I thought this was tasty! It was nice change up to usual pasta sauces and a medium BN squash goes really far, so I still have 3/4 of the thing left!!  I added a bit of the stock to the processor when I was chopping the onions and squash and I'm glad I did because it helped get the squash finer. It still didn't feel totally cooked to me but it was good.

Also, if I were to make again, I might add the chickpeas after blitzing the sauce (or add half before half after) as I would've liked the squash fully pureed but not all the chickpeas.

Thank you to everyone who stayed with me throughout MoFo. I've been reading loads of blogs but not had the time to comment that much which is annoying.  But maybe I'll catch up with the posts soon. I'm going on holiday on Thursday (YAY) so if there's WiFi maybe I'll catch up then! haha.