So today's a double whammy because my good friend Jojo tagged me to do the Taco or Beer Challenge and I accepted. So as Thursday is my day to veganise Jamie Oliver, I had a scout through the book and found the perfect recipe: Ultimate Pork Tacos.

I swapped out the pork for seitan and the dairy yoghurt for soya but that was actually all I had to change to make this vegan and you know what, it was pretty effin good!!

Before I crack on with the food pics / info, the point of the Taco or Beer Challenge is similar to the ice bucket challenge; do something rad (much nicer than chucking iced water on ya heed!) and then donate to a pro choice charity.  I've donated to Abortion Support Network.  They help women in Northern Ireland to travel to England for a safe & legal abortion, as abortion is still illegal in NI.  This boggles my mind as much as it boils my blood!  I'm tagging Katie from Don't Eat off the Sidewalk to do the challenge next.

OK so back to the tacos. 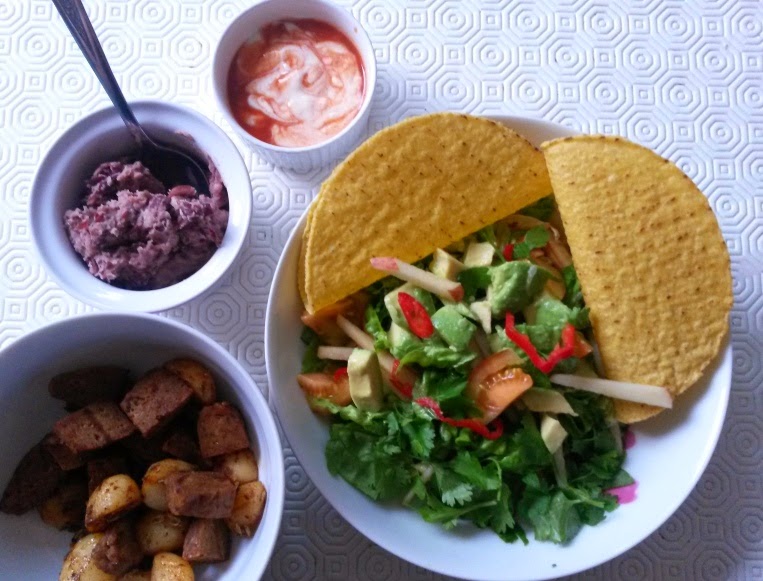 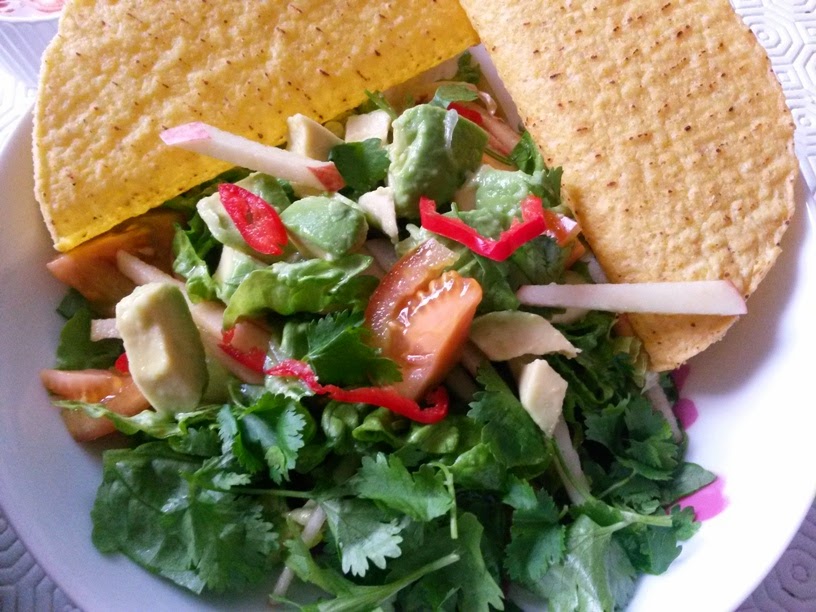 I added potatoes because Jojo's taco post made me want to do this. I didn't regret it! 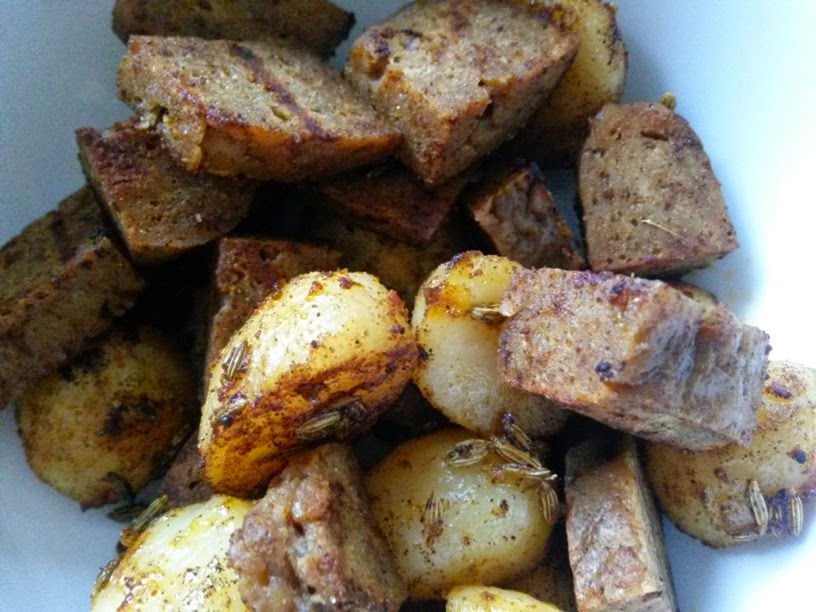 I couldn't find black beans in my crap local tiny sainsbury's so I went with the nearest thing I could find: Kidney beans. So my refried beans were purple instead of black! haha. Still yummy though. 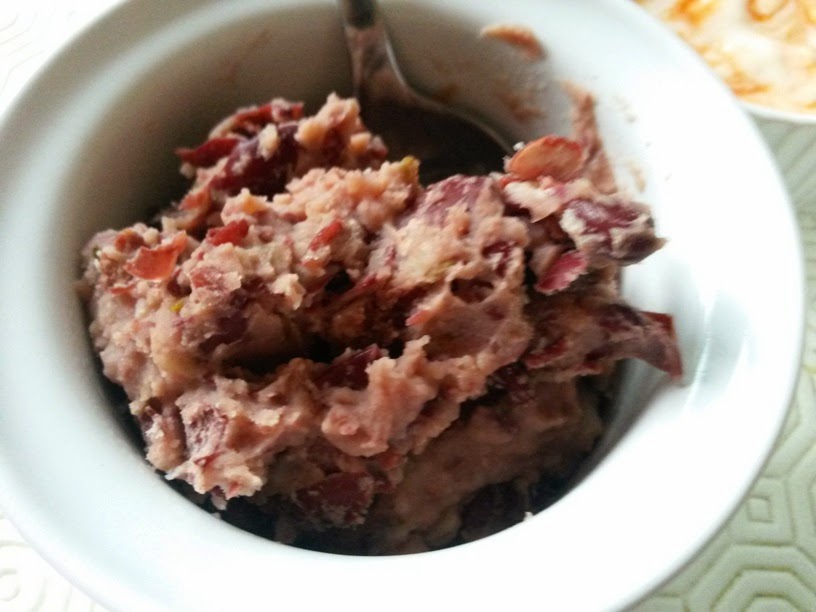 I also couldn't find the chilli sauce Jamie specifies so I used Franks. 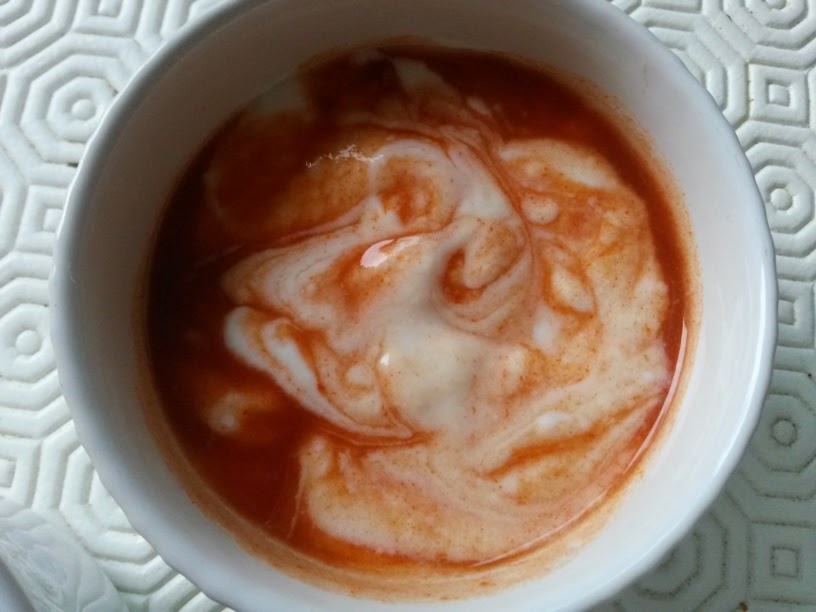 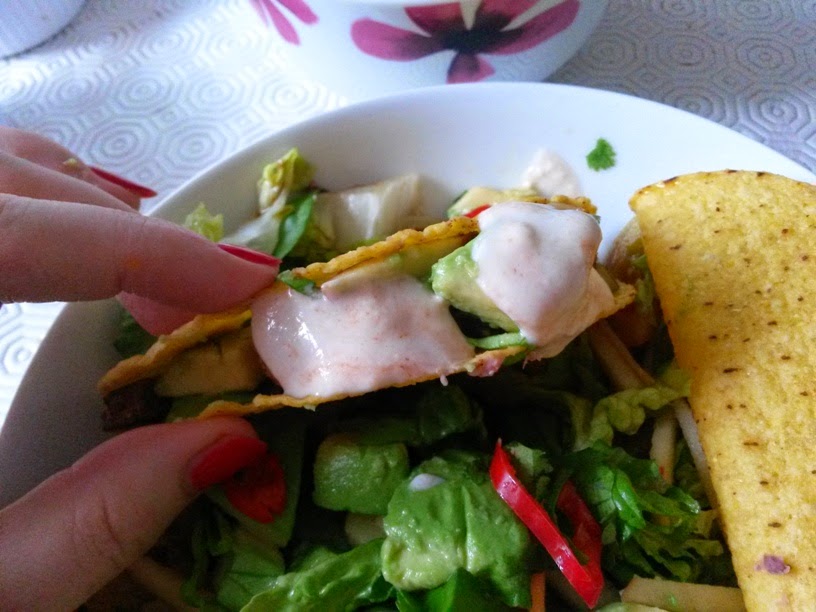 (Today, I did what the book says and got everything out and ready and then started timing. So in reality, with getting the stuff out, it took more like 30 minutes.)
My Substitutions:- I substituted seitan for the pork
- I substituted soya yoghurt for the dairy
- I substituted kidney beans for the black beans
- I substituted Franks for the chilli sauce I've never heard of
- I added some chopped potatoes (I used tinned to keep in the 15 minute meals mindset!) in with the seitan
Verdict:There was too much filling for 2 taco shells, as there always is when I make tacos. So I ended up just kind of throwing it all together and it was seriously good.  I actually think with the potatoes added, this would be great without the taco shells just as a salad.  I was skeptical about adding apple to the salad but it worked really REALLY well, especially when some of the fennel seeds from the seitan mixed in with it.

All in all, I really enjoyed it and would definitely make it again.  A less faffy person could definitely do it in 15 minutes too!
See ya tomorrow!LaterzxXx