Got home today from my weekend away and was glad that I had planned to make Sundays, 'Sandwich Sunday' during MoFo, as that's pretty much all I had the brain power for today.

So I'm starting slowly with my filthy sandwich recreations. You might recoil a little at first but then think, 'yeah Sal, this isn't that bad'. This was a real favourite of mine pregan and I had to do a fair bit of googling to find an alternative for one of the ingredients.

The cheese is a no-brainer, I used Violife slices my favourite cheese for sandwiches, but the wotsits proved to be trickier. The nearest thing I've ever had to Wotsits since going vegan were these filthy dairy free puffs I found in a kosher store in north London. But I haven't had a chance to go there in so long and I couldn't find these online.  A bit more googling revealed a South African crisp called Flings, which sounded like they were very similar.  So I ordered a couple of bags from Amazon, not realising how HUGE the bags are!! 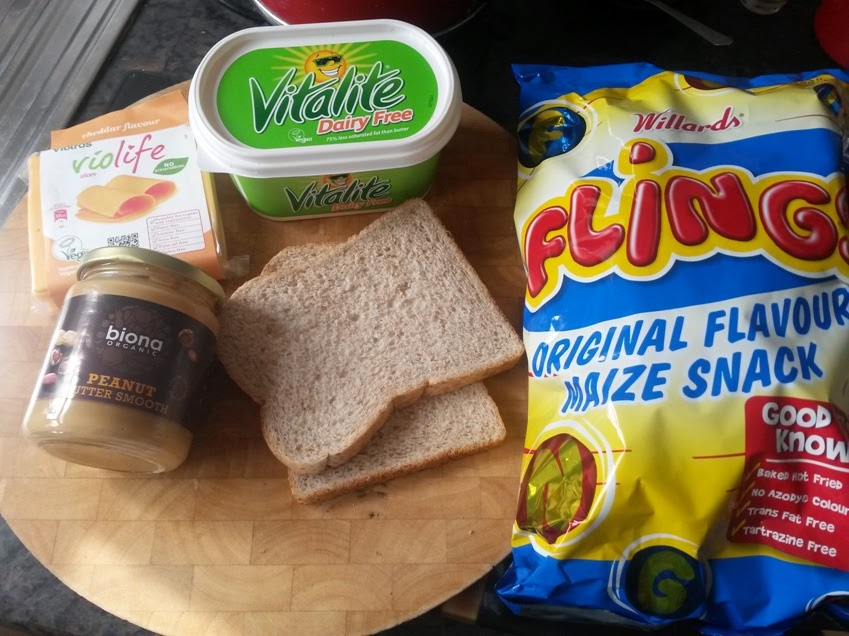 Huge right haha.  Anyway I opened them and texture-wise they are spot on as to what I remember wotsits being like. However, they're not cheesy at all. Maybe I got the wrong thing. But anyway they are pretty yummy and they did a good job of standing in for the wotsits, I just added a bit of nooch to the sandwich to make up for the lack of cheesiness! 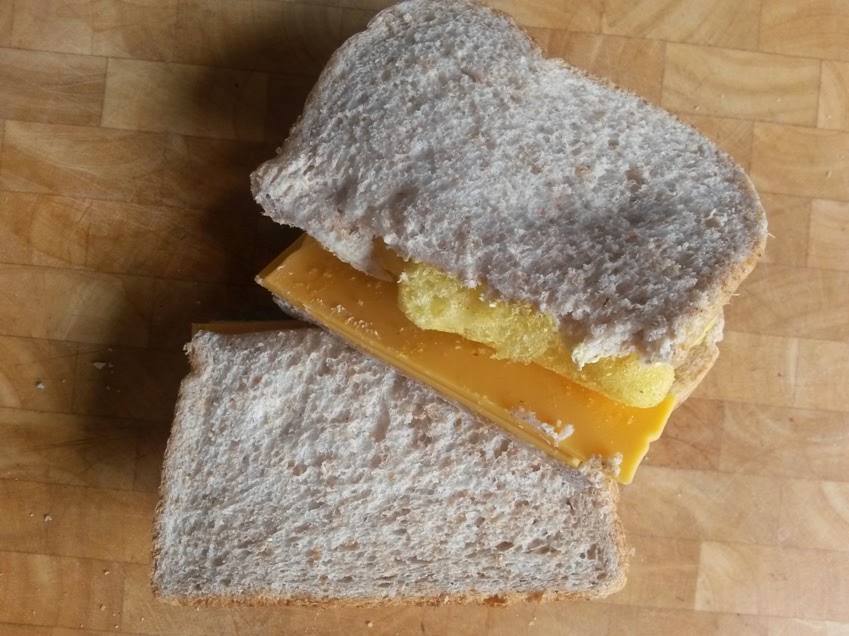