I totally spaced out today and forgot that it's Wednesday and that I needed to take photos of what I ate. So umm here's what went into breakfast... choccy spread on toast. 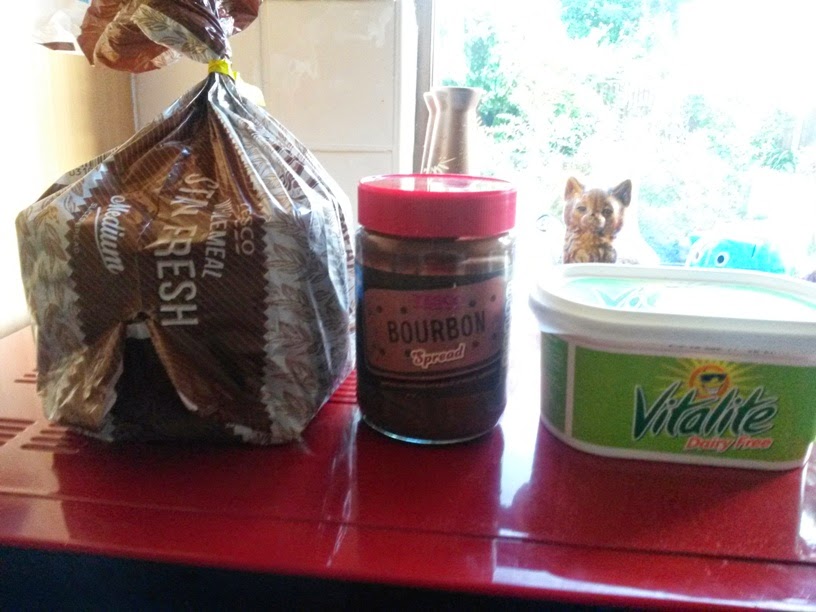 I had a muffin at about 11am, these are vegusto cheese and vbites bacon flavour! Fancied making some savoury ones.  These are good but I forgot to add oil so they have that fat free baked good texture that I am not a fan of.  I think they also need a little something else, but need to play around with it before I can give a recipe. 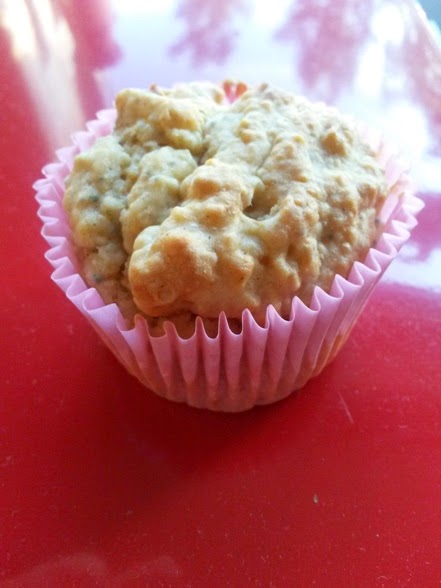 I still hadn't remembered when I ate my lunch, but it was basically this salad from sainsbury's - the only vegan pre-packed salad they do!


I remembered after this, so here's the yoghurt I ate after my salad. 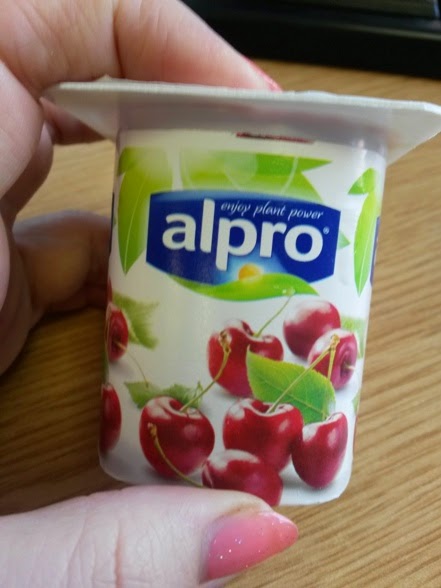 I also ate too many of these delightful crisps, that were on offer in sainsbury's for 50p for a massive bag! BARGAIN!  Gonna stock up before they sell out. 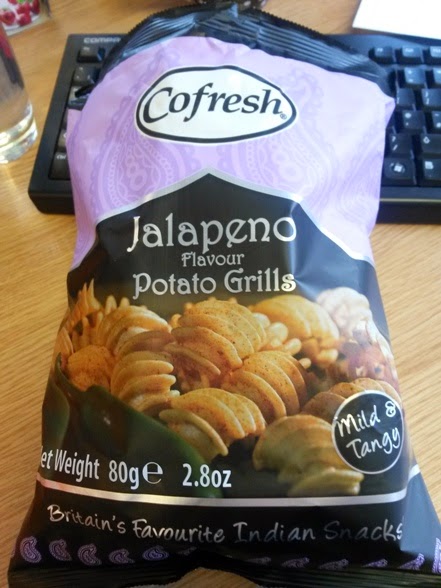 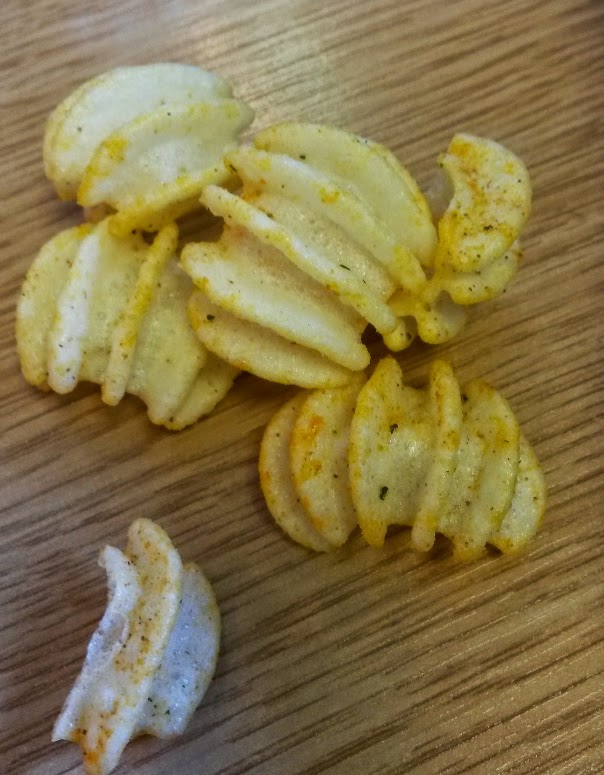 For dinner I made soup, rought recipe to follow.  And I chucked a part-baked baguette into the oven while it was simmering because soup needs good bread to go along with it! 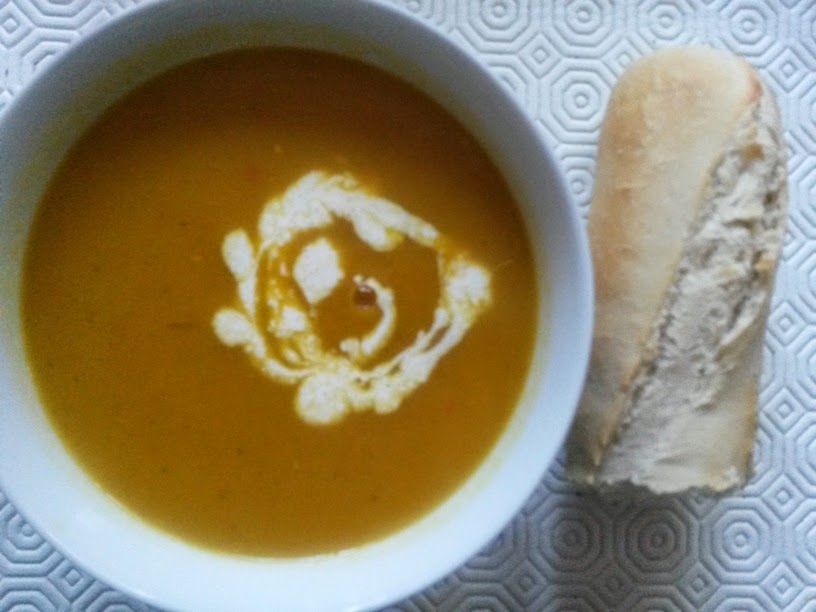 I also ate a few of these things that I found in tesco last week. Pretty filthy and delicious! :) 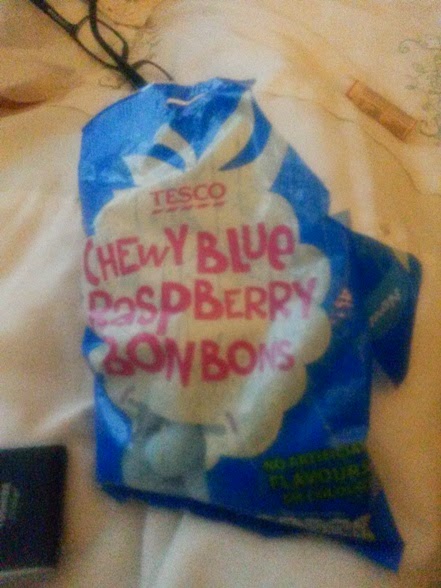 Hmm looking at this makes me thing I should probably go eat some fruit now cuz, damn!

Slice up a medium onion with the fine blad of your food processor and whack in a big pot with a bit of olive oil and a pinch of salt. Fry on a medium heat.

Whilst this is happening, change to the grater blade and grate up 3 medium carrots and a butternut squash. Mine was a whopper and I had already used the neck end so it was just the bulb end.  I'd say I had around 4-6 cups of grated squash.

Add this to the pot along with 5 cups (1.25 ltrs ish) of boiling water, 3 stock cubes, 2 heaped spoons (the one you're gonna eat the soup with probably) of korma paste and half a chopped red chilli (optional).  Bring to the boil and cook for around 20 minutes. Or until your bread is finished baking.

Turn the heat down as low as it'll go then add a small tin of coconut cream (they're about 100ml), stir well and then blend that shizzle with a stick blender. If it's too thick, add a bit more water to thin it.  If it's too thin then you added too much water and I can't help you!  I still love you though.  (You could chuck some instant potato flakes in to thicken it if it's really too thin but I'm sure it'll be ok really.)

Check seasoning and serve with a wanky swirl of soya cream on top if you wanna.