09/09/2014 - An update!
I heard a rumour that Toby are discontinuing this dish from their menu.  I asked them and this was their rather unhelpful reply:

"Hi Sal. Many thanks for getting in touch. The shepherds pie has been discontinued unfortunately We do still have the Nut Roast Wellington available which is suitable for vegans but the other new dish we have introduced on this part of our menu is only suitable for vegetarians."

So there is still an option for vegans but it is, in my opinion, the less yummy one! :(

A carvery, you say?  I know ... they are like the most unvegan place you could eat, right? Well not anymore because Toby chains now have 2 vegan options on the menu; not only are they both marked vegan but they're both good!

I've been there before and had the nut roast wellington, which was nice. So I decided when I went last night to try the other vegan option, the Lentil Shepherds Pie and it was really really good!

It had lots of flavour and the mashed potato/bubble & squeak thingy on the top was delightful. You also get to go up and get a plate full of veg from the carvery and they really do have great roasties (not as good as my mum's but no one's ever managed to beat those!).  I ate far too much, as you can see! 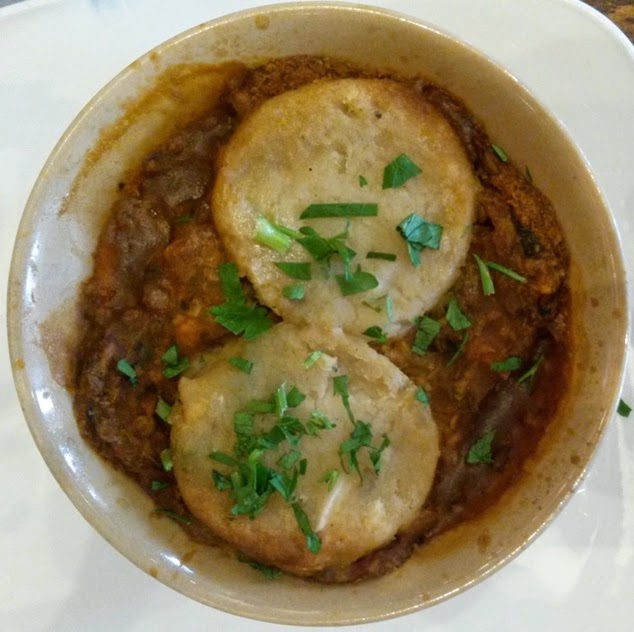 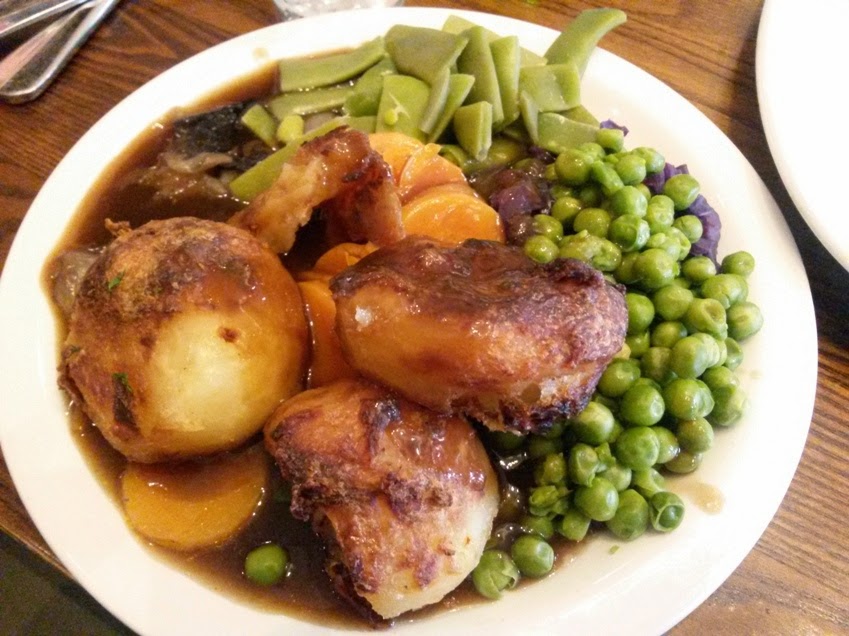 Not that I could have eaten one after all that stodge, but they don't have a vegan dessert yet.  I think it might be time they get a crimble crumble or something on the menu - that's an easy pud to make vegan.  Let's write to them, fellow vegans and ask them to get on it!!